Matthew Medeiros, Social and Economic Impacts of Gambling in Massachusetts (SEIGMA) Website Manager, reports on the team of research assistants that have joined the SEIGMA team this academic year. 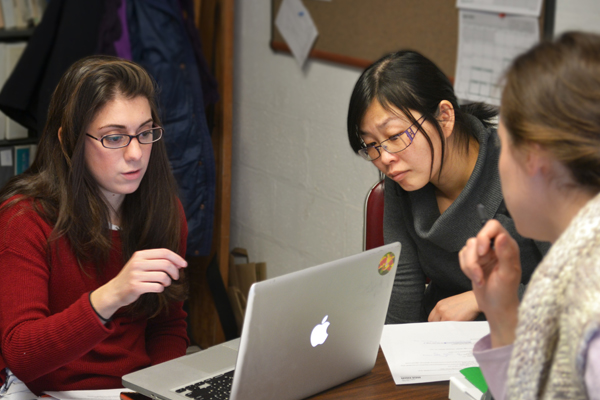 The SEIGMA study has many components and team members. Recently I took some time to learn more about the vital work done by the dozen UMass Amherst research assistants (RAs) who have been hard at work analyzing data for the upcoming release of SEIGMA’s baseline survey results.

The group is diverse: it includes students from majors across the campus as well as UMass Worcester, both master’s and doctoral candidates, and people with roots from places as close as Western Massachusetts and as far as Africa and Asia. The group is organized into several teams that are specializing in different aspects of the study ranging from data analysis, to using interactive web applications to display data, to evaluating the effect of the way a survey is administered (e.g., online, paper, phone) on respondents’ answers.

“We have a huge workload, and it’s hard to imagine doing this without them,” notes SEIGMA project manager Amanda Houpt.

The analyst team, consisting of Daniel Flynn, Nozipho Maziya, and Yifeng Wu, works directly with baseline survey data using the statistical software SAS. The members of this team come from a variety of departments at UMass Amherst. Flynn is pursuing a M.S. in epidemiology, Maziya is working toward a Ph.D. in public health with a concentration in nutrition, and Wu is a M.S. student in math and statistics. The team is coding the data for use in SAS, and then calculating statistics and creating tables that summarize findings from the comprehensive baseline survey that the SEIGMA team conducted last year.

While all of the RAs have experience with biostatistics from past courses, their experience with SEIGMA has expanded their skillset significantly. Although there has been a learning curve for the team, Maziya notes they work together as team with Data Manager Martha Zorn to create complex codes and troubleshoot data issues.

“The exposure to complex SAS coding has been a challenge that I’ve enjoyed,” says Flynn. “I’m learning so much,” he adds.

The Shiny team is developing a series of interactive web applications that display publicly available data using a tool called Shiny. The team consists of Shiny Coordinator Emily Ramos, Shiny Developer Arvind Ramakrishnan, Shiny Evaluator Jenna Kiridly, and Shiny Coordinator Trainee Xuelian Li.  Soon, the public will be able to access the interactive web applications that the Shiny team has been creating online by visiting the SEIGMA website. Using the apps they have created, people can access and manipulate statewide data in a number of ways including tables, line graphs, and an interactive data map of the state.

The Shiny team, who are all graduate students in the School of Public Health and Health Sciences (SPHHS), are using skills with the statistical software R that they have picked up in their coursework.

“Shiny takes the R knowledge we have from the classroom and allows us to take it to the next level with real world data,” says Ramos.

“I didn’t have extensive R experience,” adds Kiridly, “but working with Emily and Arvind I’ve learned a lot and am feeling more comfortable working with it,” she notes.

Though both groups are working on different tasks, they share a common approach of working in teams. This collaboration has been an educational experience as well.

“It’s been a learning process and character test to be the coordinator and delegate tasks,” says Ramos.

This is vital knowledge, Houpt notes: “It’s a great experience for them because they’re getting to see how a big research study runs from the inside.”

In addition to the analyst and Shiny teams, the SEIGMA RAs include Bin Tu and Yiding Zhang (who are working with Co-PI Edward Stanek to evaluate how different ways in which the survey was administered affected participants’ answers), Allison Hope (who is conducting a literature review and analyzing data on problem gambling services in MA), and Meegan Remillard (who is working with Dr. Rodriguez-Monguio to assess how existing MA population studies compare with the SEIGMA population survey).

“It’s re-energizing working with the RAs,” says Houpt. “It’s fun to mentor them and watch them succeed. They’re not afraid to ask questions about how to do something, or even sometimes make a mistake. As they learn, we learn and the entire project progresses.” 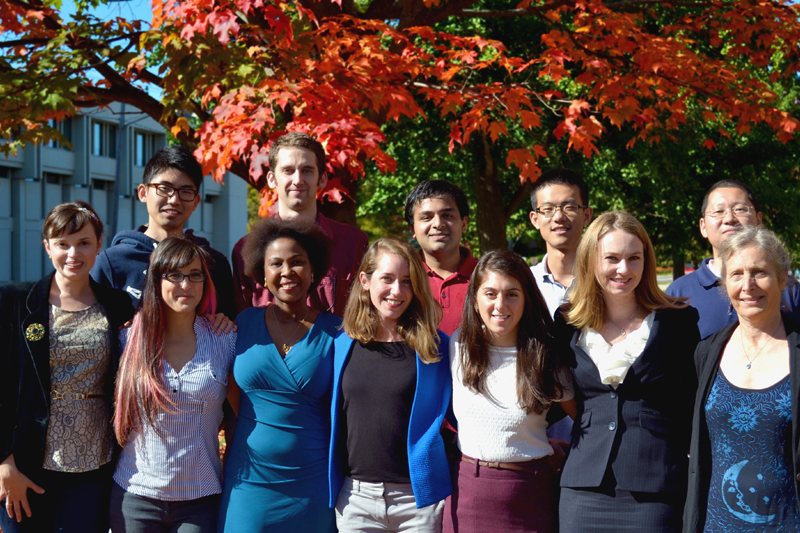