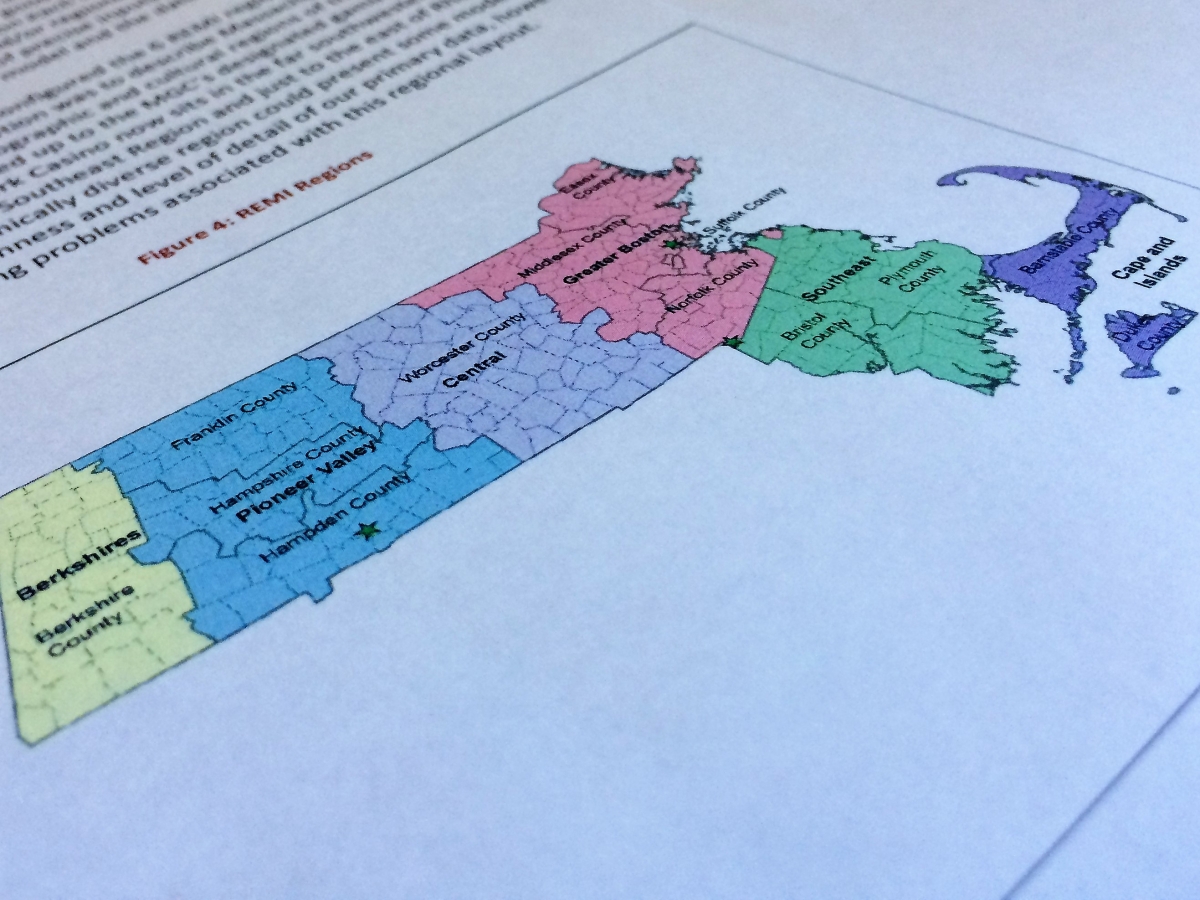 Thomas Peake, Research Analyst at the UMass Donahue Institute (UMDI), and a researcher on the economic and fiscal analysis team, has spent the last three years developing models to assess the economic impacts of expanded gaming in Massachusetts. In this post, Peake details results from his analysis of the impacts from Plainridge Park Casino’s (PPC) first year of operation.

The economic impacts of a casino opening in Massachusetts are not limited to the employees hired at the facility. These new employees spend their new wages in their communities, supporting new economic activity. The casino itself purchases goods and services from other firms. The state and local governments collect taxes and other assessments from the casino, which allows for more government spending. Impacts are not always positive, however. Similar to other new attractions, some of PPC’s revenue is coming from patrons who previously spent their money at other Massachusetts businesses. Indeed, this may negatively affect some businesses.

When PPC opened in June 2015, the UMass Donahue Institute (UMDI), as part of the Social and Economic Impacts of Gambling in Massachusetts (SEIGMA) team, set out to capture the economic impacts of PPC’s first year of operation. Working with the Massachusetts Gaming Commission and PPC, UMDI was given access to data on hiring, wages, vendor spending, and tax revenue. In a separate effort, our SEIGMA partners conducted an on-site survey to elucidate the types of patrons that frequent PPC. These data were used to estimate the sorts of economic activities patrons would have engaged in had the casino never opened, which then informed UMDI’s economic impact model. The output from this model has helped us to understand the ways in which the opening of PPC has affected the Massachusetts economy.

While PPC created approximately 556 new jobs at the casino, these account for only a fraction of its total economic impact. The largest single source of new economic activity actually came from the $81 million in taxes and assessments collected from PPC’s gross gaming revenue. Of those funds, cities and towns received $66.4 million in the form of local aid. This resulted in new spending, which created or supported approximately 1,639 jobs in the Commonwealth. New spending resulting from local aid represented a larger economic impact than all of the private sector activity associated with PPC. The shift of consumer spending towards PPC and away from other industries is estimated to have cost the Commonwealth 340 jobs. Nevertheless, the net new employment impact from PPC was positive. One reason why the impact of these shifts in spending and employment were not more notable is that the majority of patrons surveyed at PPC were identified as “recaptured” patrons who either: 1) would have spent their money gambling out-of-state had PPC not opened or 2) were out-of-state visitors prompted by the casino to visit Massachusetts.