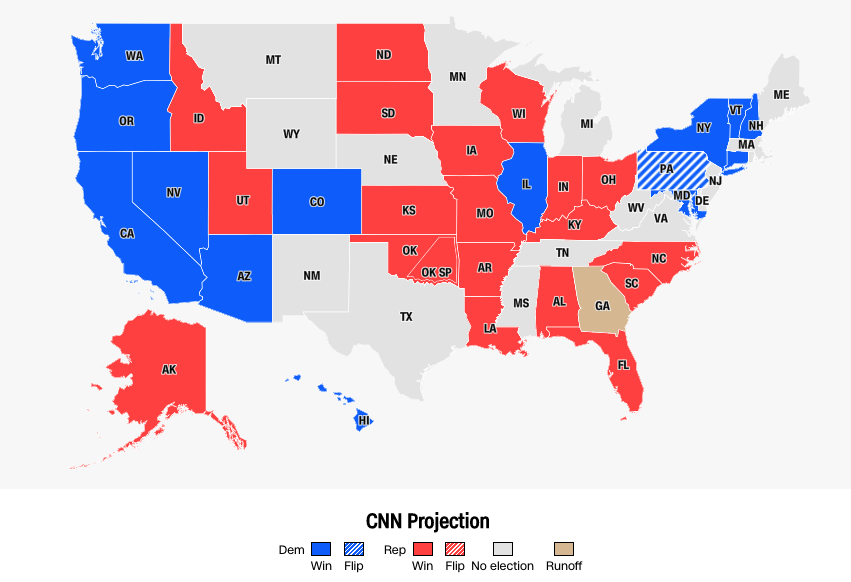 The CNN exit poll also laid out the atmosphere of how voters view nationwide issues. Democrats viewed the economy as “Excellent/Good” at an astounding 88% whereas Republicans labeled the economy as “Not good/Poor” at 62%. Abortion rights were significant in voter turnout; those who said abortion should be “Legal in all cases” were 86% Democrats, while those who said abortion should be “Illegal in all cases” were 88% Republican.