The Rudd Family Visiting Professorship was established through the generosity of the Andrew and Virginia Rudd family in order to bring talented mid-career and senior adoption scholars to the UMass campus in order to enhance training opportunities, participate in innovative and collaborative research efforts, and expand the implementation of the best adoption practices in the United States and internationally.  Recipients of the professorship are selected for their expertise in adoption and/or adoption-related research, and for their commitment to use their residency to promote dissemination of knowledge to the larger adoption community, including researchers, practitioners, those with personal connections to adoption, policymakers, community members, and students. 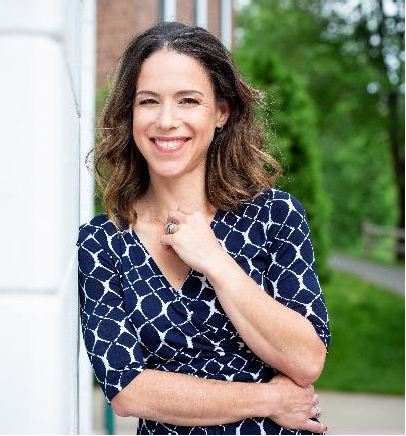 Dr. Goldberg is the Jan and Larry Landry University Professor of Psychology at Clark University, where she is also the Director of the Women’s and Gender Studies Program. Broadly, her research focuses on how a variety of social locations (e.g., gender, sexual orientation, social class) and contexts (e.g., work, family, community) shape processes of development and mental health. For 15 years, she has been conducting a longitudinal study of adoptive parenthood among lesbian, gay, and heterosexual couples. This landmark study has examined topics such as how parents navigate discussions of sexuality, gender, physical development (e.g., height, weight), and race, when they themselves cannot count on their own experiences of puberty to make guesses about or guide their children, especially in the context of lesbian mothers raising boys and gay fathers raising girls.

She is the author of over 120 peer-reviewed articles and three books: Gay Dads (NYU Press, 2012), Lesbian- and Gay-Parent Families (APA, 2010), and Open Adoption in Diverse Families (Oxford, 2020). She is the co-editor   (with Katherine R. Allen) of LGBTQ-Parent Families: Innovations in Research and Implications for Practice (Springer, 2013, 2020), the editor of the SAGE Encyclopedia of LGBTQ Studies (SAGE, 2016), and the co-editor of LGBTQ Divorce and Relationship Dissolution (Oxford, 2019).

Dr. Goldberg has received research funding from the American Psychological Association, the Alfred P. Sloan Foundation, the Williams Institute, the Society for the Psychological Study of Social Issues, the National Institutes of Health, and the Spencer Foundation. She is also a Faculty Affiliate of the Rudd Adoption Research Program, and was on the faculty of the Rudd Summer Adoption Research Institutes in 2017 & 2019.

She has also been increasingly studying the relationship that adoptive families have with their children’s schools. For example, her research has provided insights about the importance of the parent community in adoptive parents’ feelings of belonging versus alienation in school settings, as well as the importance and corresponding challenges associated with being highly involved in one’s child’s school as an adoptive parent. 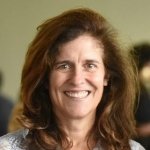 Frank L. Boyden Professor of Clinical Psychology and Director of the Center for Evidence-Based Mentoring at the University of Massachusetts Boston

Dr. Jean Rhodes served as Rudd Visiting Professor during a week-long residency in February 2020. As one of the world's leading experts on mentoring, she consulted with members of the Rudd team who are involved in the Adoption Mentoring Partnership, a collaboration between the Rudd Adoption Research Program and Big Brothers Big Sisters of Hampshire County. Discussions centered around best practices in adoption mentoring, program evaluation and future directions. She also met with staff of the local Big Brothers Big Sisters organization for broader discussions about evidence-based trends in mentoring. Rhodes gave a public lecture based on her research on mentoring, entitled "Older and Wiser: Rethinking Youth Mentoring for the 21st Century." Discussions during her residency focused around how best to make AMP transferable to other sites around the country and how to deploy new technologies, such as mentoring apps, to improve the quality and effectiveness of mentoring, especially as they might better meet the needs of adopted persons.

Dr. Rhodes has devoted her career to understanding and advancing the role of intergenerational relationships in the intellectual, social, educational, and career development of youth. She has published three books, four edited volumes, and over 100 chapters and peer-reviewed articles on topics related to positive youth development, the transition to adulthood, and mentoring. Her most recent book, Older and Wiser: New Ideas for Youth Mentoring in the 21st Century, was published by Harvard University Press is 2020. Dr. Rhodes is a Fellow in the American Psychological Association and the Society for Research and Community Action, and was a Distinguished Fellow of the William T. Grant Foundation. She has been awarded many campus-wide teaching awards for her advances in pedagogy and scholarship, including the Vice Chancellor’s Teaching Scholar Award, the Student Government Outstanding Teacher Award, and the Chancellor’s Outstanding Scholar award at UMass Boston.  Rhodes and her students are currently involved in a range of research projects that address the role of both formal and informal mentors in vulnerable groups including children of prisoners, community college students, high school dropouts, and low-income children in after-school settings. Rhodes is also the editor of the Chronicle of Evidence-Based Mentoring, which translates and disseminates the best research on mentoring to the public, professionals, and policymakers. 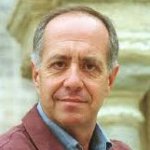 Professor of Developmental Psychology at the University of Seville, Spain

Professor Jesús Palacios was the first adoption researcher appointed to the Rudd Family Visiting Professorship. In May 2017, he spent two weeks at UMass, delivering a major talk at the UMass Springfield campus entitled,  "Adoptive Parenting: Navigating the Calm and Rough Waters," followed by a week-long engagement in the first Rudd Summer Adoption Research Institute (SARI), where he presented on the topic of "Disseminating Research Findings to Adoptive Parents and Policymakers for Impact." Dr. Palacios has also been one of the international representatives on the Rudd program Advisory Board since its beginning. Dr. Palacios has conducted research on both domestic and international adoption in Spain, especially focusing on issues of parent-child relationships and parenting stress. He has published numerous books and articles on foster care and adoption, including  Psychological Issues in Adoption: Research and Practice, co-edited with David Brodzinsky (Praeger, 2005). He has also co-authored a preadoption training program for prospective adopters as well as a book for adoptive parents (Adelante con la adopción [Ahead with Adoption]). He consults regularly with governmental agencies about how to improve systems of foster care and adoption on behalf of children, and he has played a leadership role in connecting adoption researchers around the world. He hosted the Fourth International Conference on Adoption Research in Spain in 2013. In 2019, he was the lead author on an important paper that appeared in Psychology, Public Policy, and Law, entitled, "Adoption in the service of child protection: An international interdisciplinary perspective."