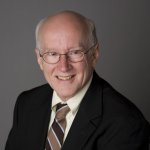 Hal Grotevant is the founding director of the Rudd Adoption Research Program at UMass Amherst.  The work of this position connects adoption research with policy and practice through conferences, workshops, graduate and postdoctoral training, and stimulation of research activities.  He also serves as the Chair of the Department of Psychological and Brain Sciences at UMass Amherst. Dr. Grotevant received his Ph.D. from the Institute of Child Development at the University of Minnesota (1977) and served on the faculties of the University of Texas at Austin (1977 – 1989) and the University of Minnesota (1990 – 2008) before coming to UMass Amherst in 2008.  His research focuses on relationships in adoptive families, and on identity development in adolescents and young adults. His work has resulted in over 140 articles and chapters as well as several books, including Openness in Adoption: Exploring Family Connections (with Ruth McRoy, Sage Publications, 1998).  He is a Fellow of the American Psychological Association, the Association for Psychological Science, and the National Council on Family Relations; Senior Research Fellow of the Donaldson Adoption Institute; former Board President of Adoptive Families of America; former Board member of the North American Council on Adoptable Children; and recipient of research, teaching, outreach, and educational leadership awards.  He received the 2009 Outstanding Faculty for Outreach and Engagement Award from the College of Natural Sciences, UMass Amherst.  In 2012, he was honored as the Outstanding Scholar in Adoption by the Adoption Initiative of St. John’s University and Montclair State University.  In 2016, he delivered the UMass Amherst 2015-16 Distinguished Faculty Lecture and received the Chancellor’s Medal. He directs the Minnesota / Texas Adoption Research Project, which examines outcomes for adopted children whose families vary in terms of contact with their birth relatives.  This longitudinal study, begun with Dr. Ruth McRoy in the mid-1980s, has followed the children and their families into young adulthood. 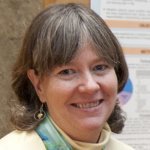 Jen is responsible for oversight of the Rudd Program community partnerships and the annual conference; in addition, she works with Dr. Grotevant to provide leadership for all aspects of the Rudd Program. For the Adoption Mentoring Partnership, she coordinates all programmatic activities and has a strong role in conducting the research.  Every spring she interviews the adoptive parents of the mentees; see the earlier section on AMP in this report for findings. Using internet chat technology, Jen also conducts bi-annual interviews with current AMP mentors and a comparison group of UMass college students who are adopted but not involved in AMP.   Questions center on the mentors’ experiences in the program, their sense of identity as an adopted person, and supports they had or might need. In addition, she has administered follow-up surveys to former mentors who have graduated and moved from the area. Questions centered on what the mentors are currently doing, how much contact they still have with their mentee and the role AMP had on their lives. Preliminary results suggest that most of the former mentors have maintained a relationship with their mentee even though they are no longer part of the program. Most all of them stated they wished they could have had a mentor when they were younger.

Recent significant activities included planning our first-ever Summer Adoption Research Institute; supporting students in the successful application of forming an official UMass club called the “Adopted Student Advisory Panel” (ASAP); coordinated with ASAP campus and community wide events called, “We Celebrate Adoption;” taught a class for first year students called, “Giving Voice to Foster Care and Adoption;” and presented at a national conference about the Adoption Mentoring Partnership. Jen continues to serve as a key member of the Re-Envisioning Foster Care in America (REFCA) Design Team, whose charge it is to create a road map and implementation plan for innovative activities in western Massachusetts and beyond. 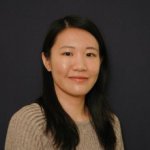 Dongwei joined the Rudd Adoption Research Program in February 2018 after earning her masters degree in educational psychology & quantitative method. Her expertise includes quantitative research methodologies as well as variety of statistical techniques and she continues to learn more data management and research skills. She is primarily responsible for managing data analysis and providing consultation for faculty and students in the program. Dongwei also serves as a methodology consultant for the Center for Research on Families where she provides consultation services in study design and statistical analysis. She is excited about being a part of the Rudd Adoption Research Program and hopes to learn more about adoption research and contribute to the program.