Skip to main content
The University of Massachusetts Amherst
Menu

This project embodies the core focus of our research with the objective to predict the optimal behavior of robotic transtibial prostheses to optimize the user’s performance, efficiency, and loading of their limbs based on their individual constraints and needs. An innovative simulation-based approach in the OpenSim platform is used to generate system specifications based on the user’s abilities and the constraints posed by their altered anatomy. The central hypothesis is that alternative prosthesis designs can minimize the pressures applied to the residual limb and enhance gait efficiency by optimizing the orientation of the residual limb relative to the ground reaction force vector during gait. In this project we developed the concept of active alignment which realigns the affected residual limb toward the center of pressure during stance. During gait, the prosthesis configuration changes to shorten the moment arm between the ground reaction force and the residual limb. This reduces the peak moment transferred through the socket interface during late stance and increases comfort for the wearer. 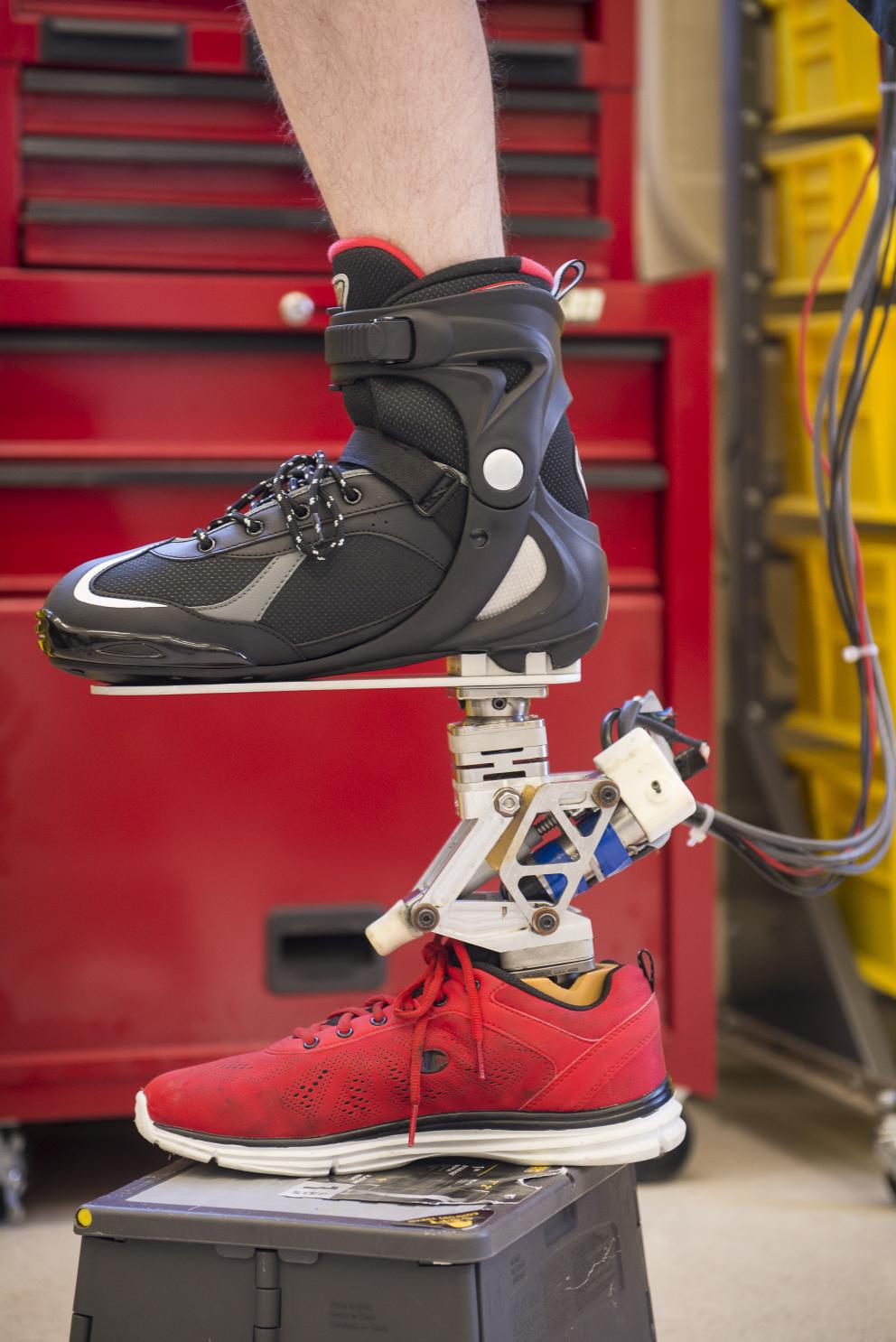