Select name for an extended biography 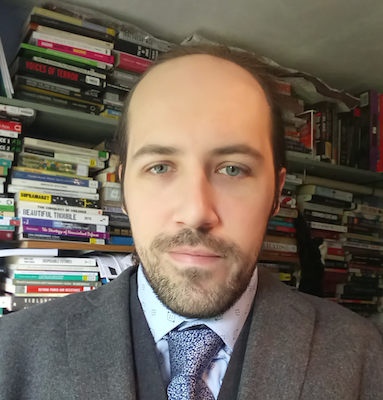 Craig Brown is a researcher who completed his PhD in 2019, which assessed the methods of resistance during the 2011 Tunisian Revolution. This involved fieldwork and long-term residence in Tunisia, as well as living alongside people who had participated in the revolution to better understand their struggles. Over the past three years Craig has lived for extended periods in Sweden, running a project cataloguing the extensive library resources of the Nordic Nonviolence Study Group (NORNONS) and Irene Publishing. Craig is also a board member of the European Peace Research Association since October 2019, producing the Association's newsletter. 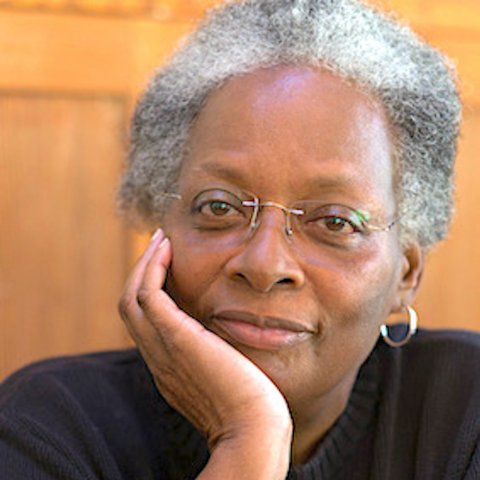 Mandy Carter is a southern African-American lesbian with a 52-year movement history of social, racial and LGBT justice organizing since 1967. Raised in two orphanages and a foster home for her first 18 years in the state of New York,​ Ms. Carter attributes the influences of the Quaker-based  American Friends Service Committee, the former Institute for the Study of Nonviolence, and the pacifist-based War Resisters League for her sustained multi-racial and multi-issue organizing.

Benjamin S. Case is a researcher, educator, and organizer interested in studies and practices of social change. Case is an affiliate faculty member at the University of Massachusetts Amherst Sociology Department. He holds a PhD in sociology from the University of Pittsburgh and a Master of Public Administration from New York University, and has more than two decades of experience in political, community, and labor organizing. 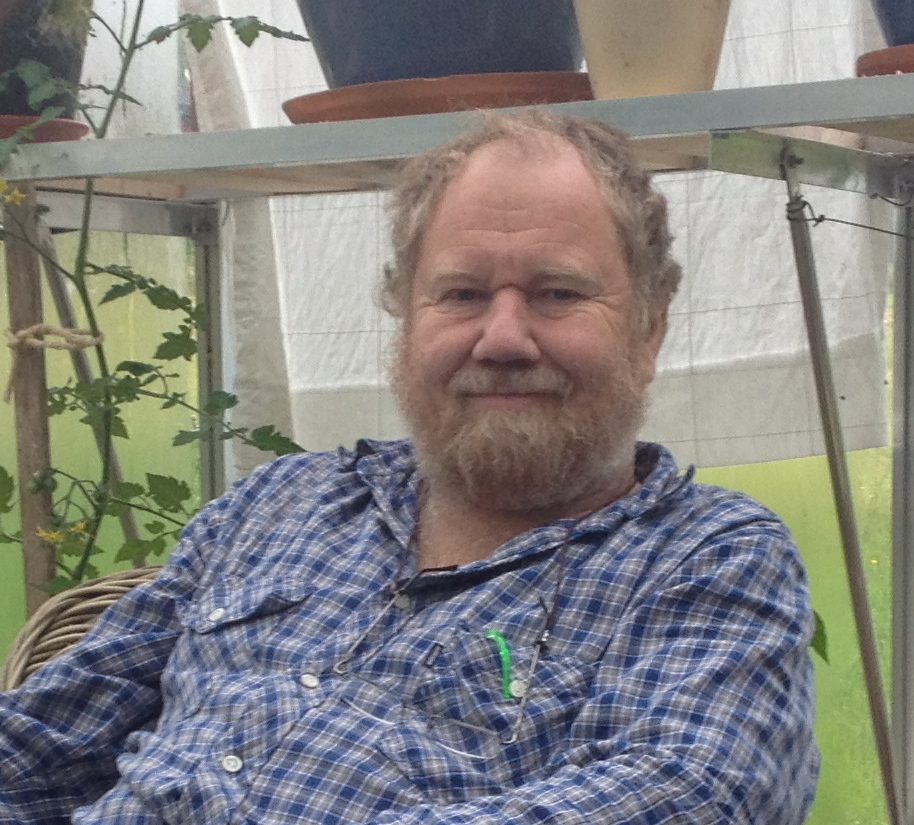 Johansen has been active with social justice, peace, environmental and democracy issues worldwide for the last 40 years. Participation in campaigns and movements has been combined with writing and promotion on building strategies and developing theories for a wide variety of resistance. Johansen is the Deputy Editor of Journal of Resistance Studies and coordinator of the Nordic Nonviolence Study Group (NORNONS). 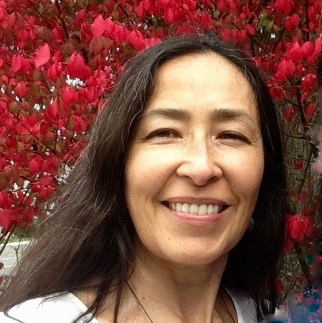 Carol Kalafatic (Quechua, Spanish & Croatian) has been collaborating with Indigenous Peoples (IPs) since 1991, as a policy advocate, organizer, writer, trans-disciplinary scholar, and educator. With an emphasis on bio-cultural diversity and resilience, she promotes IPs’ self-determination, food sovereignty, and meaningful participation in policy making. Her research interests include these struggles as well as: IPs’ governance of lands and territories; community development and coalition building; dynamic heritage systems, and indigenous media. 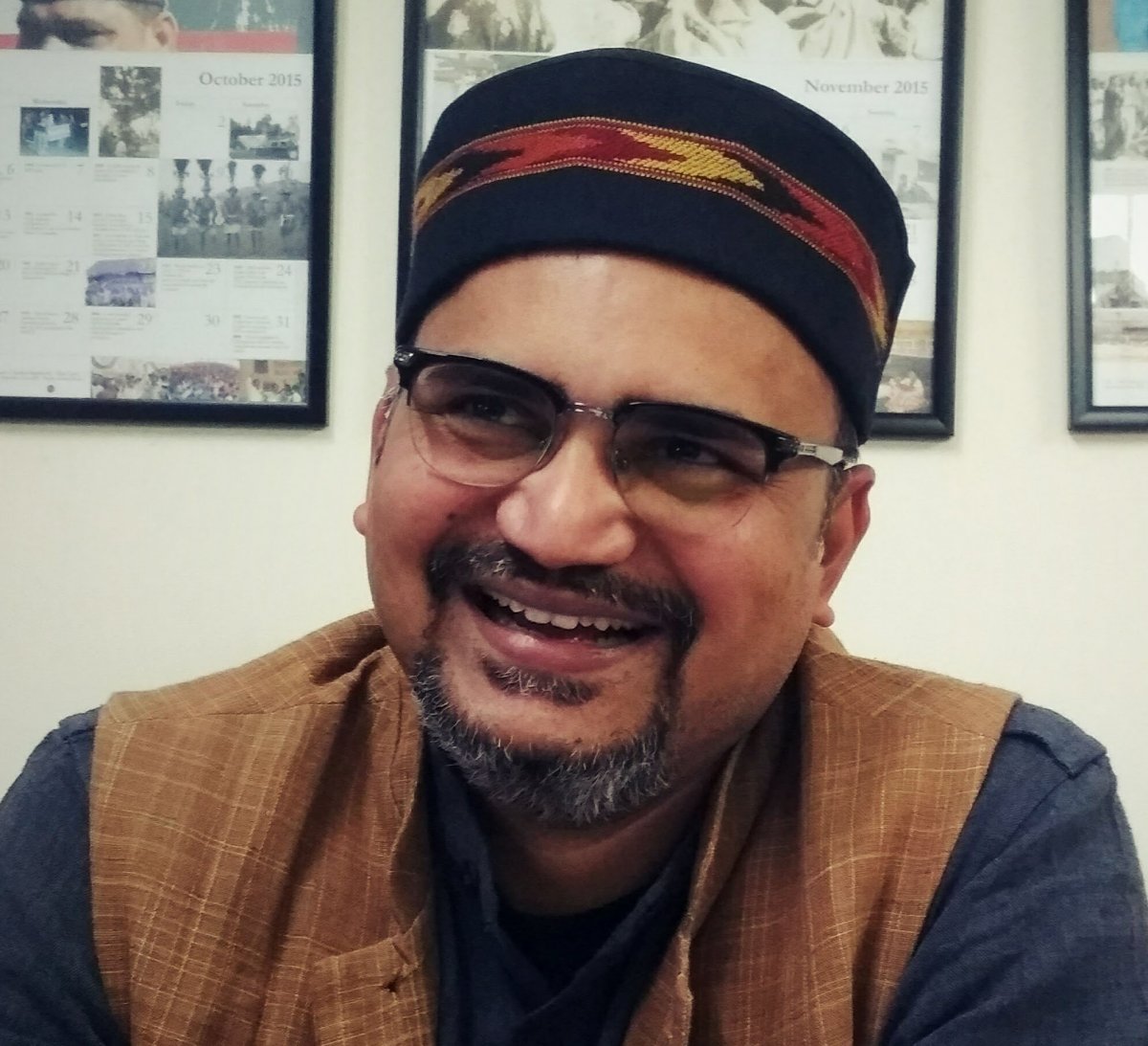 Madhuresh Kumar, an activist-researcher is currently National Convener of National Alliance of People's Movements (NAPM), India. He has been responsible for political strategy development; alliance building and networking; campaigns and policy advocacy around communities control over land, water, forest and minerals; issues of displacement, energy projects, industrial corridors; resource mobilisation; and national organisational co-ordination of the Alliance for the period 2009-18. He has been involved in researching movement dynamics, alternatives to development, anti- globalisation struggles, the World Social Forum process and participated in the several events of the WSF in India and abroad, and was an active member of WSF India Organising Committee. 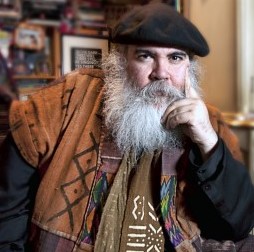 Matt Meyer is an internationally recognized author, academic, organizer, and educator who was recently elected Secretary General of the International Peace Research Association (IPRA). He also serves as National Co-chair of the Fellowship of Reconciliation, the oldest interfaith peace and justice group in US history. As former National Chair of the War Resisters League, he is second only to A.J. Muste— “dean of the US peace movement” —in having been elected to the top position of both historic organizations. Based in New York City, Meyer is a true internationalist, and has led seminars, trainings, and conferences in over sixty countries on five continents; he is the United Nations representative for IPRA, and the Africa Support Network Coordinator for War Resisters' International. Meyer also Chairs the International Fellowship of Reconciliation Financial Advisory Committee. 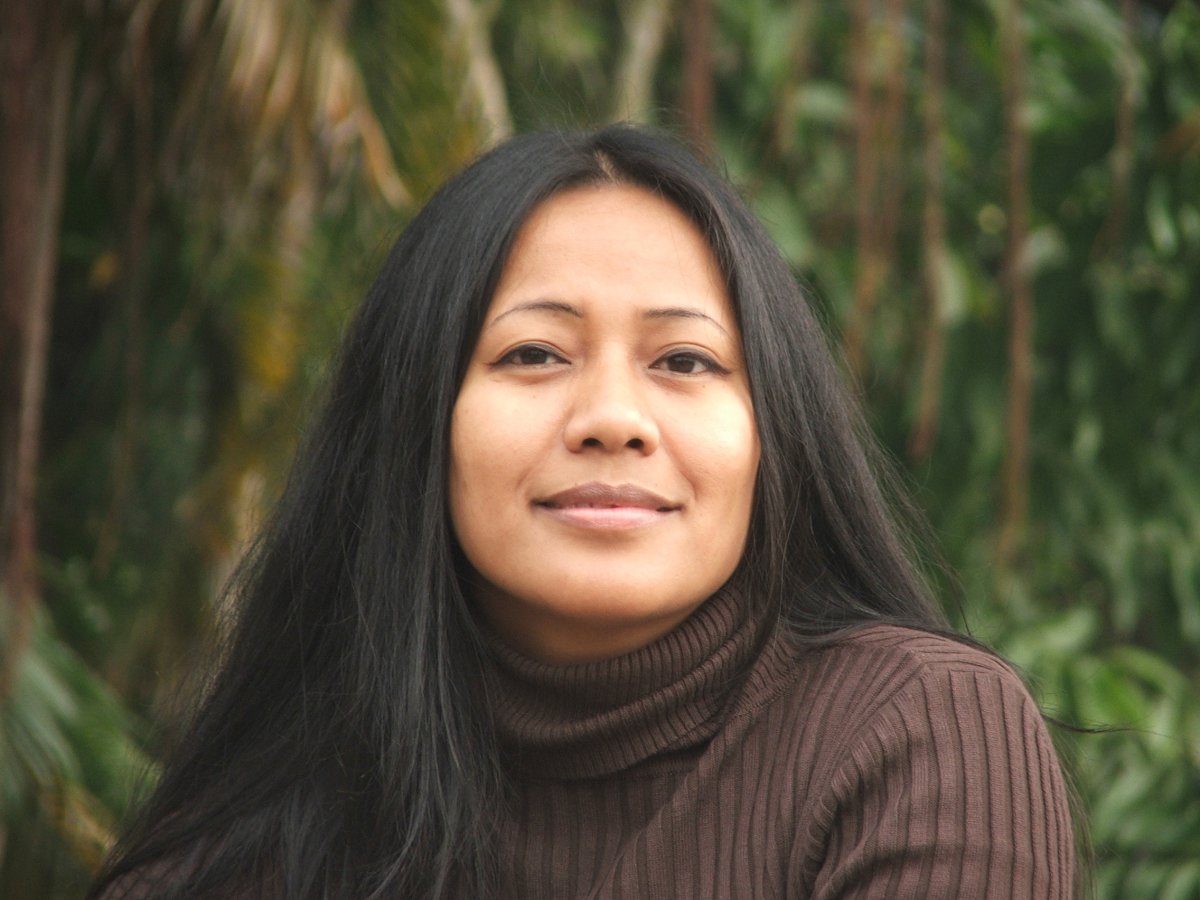 Binalakshmi "Bina" Nepram, born in Manipur Nation currently located in India's Northeast region near to Myanmar, is an indigenous scholar, peace and disarmament activist spearheading work on making women-led peace, security and disarmament meaningful to the lives of many. She is author of five books, her two most recent being "Where are our Women in Decision Making on UNSCR 1325" & "Deepening Democracy, Diversity and Women's Rights in India" (2019) published by The New York Universal Publishing House. 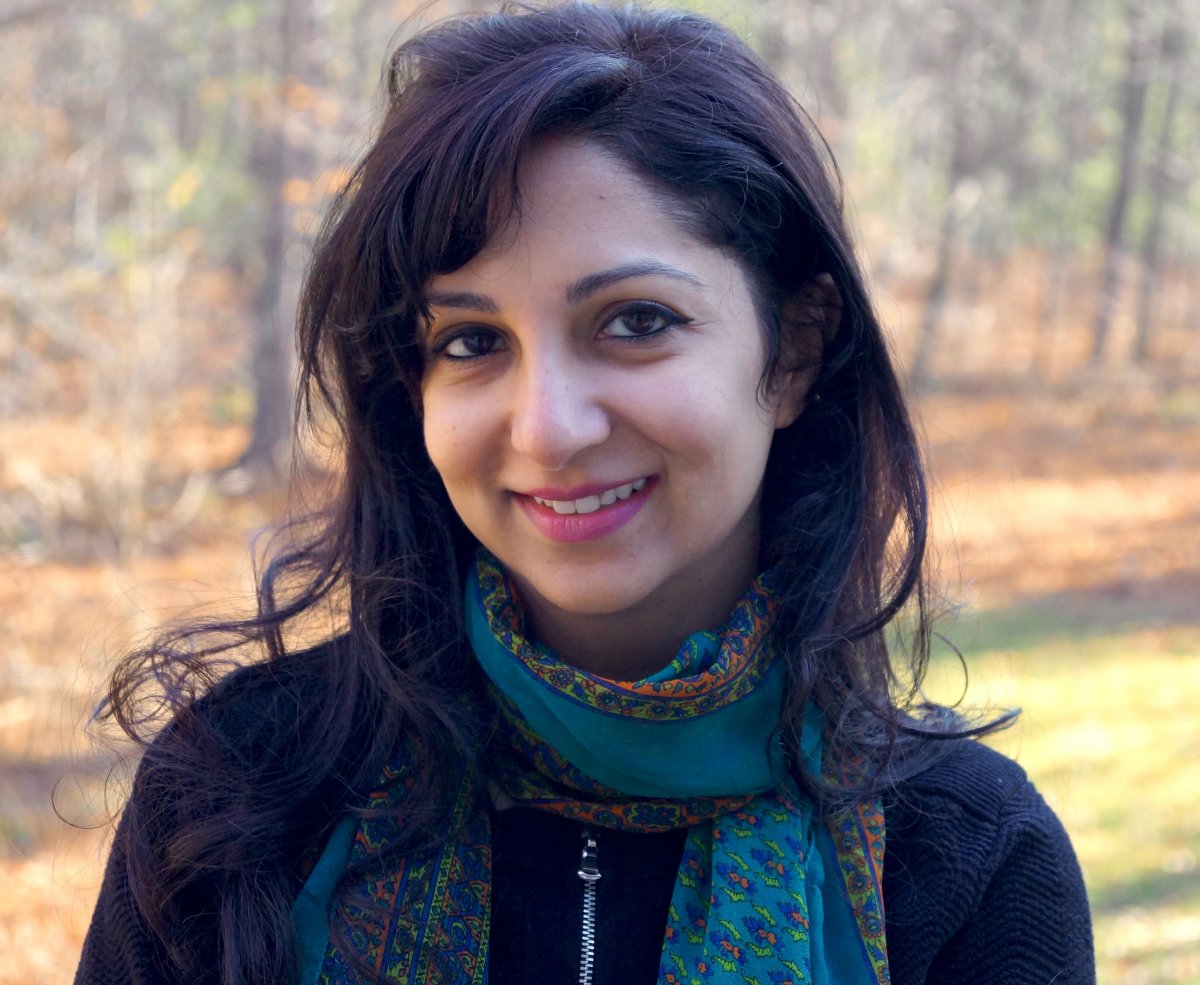 Fareen Parvez is an ethnographer, whose work engages resistance by asking how poor and subaltern communities carve out spaces of autonomy from the state in various domains such as health, moral and spiritual education, and economic survival. Her award-winning book, Politicizing Islam: the Islamic Revival in France and India (Oxford University Press, 2017), drew on two years of participant observation among Muslim communities in France and India. It explored how different varieties of secularism influence political action, mobilization, and in some cases withdrawal from the state and public sphere among poor and racialized Muslims living under the War of Terror and rise of nationalist politics. 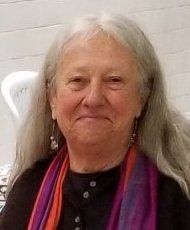 Joanne Sheehan has been an organizer, nonviolence trainer and educator for over 48 years. She has been on the staff of War Resisters League's New England Office in Norwich, CT since co-founding it in 1985. Active with War Resister's International (WRI) since 1983, she served as WRI Chair from 1998 to 2006. Joanne has been the Chair of the Voluntown Peace Trust (formerly the Community for Nonviolent Action) since 2012. 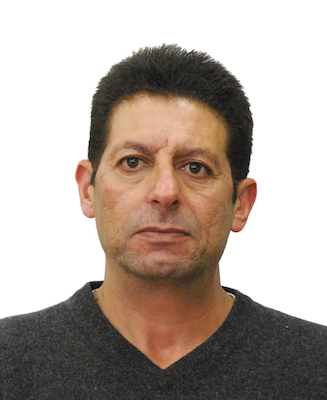 Elizabeth Goodale – Is a resistance scholar who after taking the Everyday Resistance course with Stellan Vinthagen has become an intern on the UMASS campus. She assists with events, publicity, online research and other tasks as needed.  Elizabeth is interested in the use of language to create maps for peaceful futures, art to assist with loosening habitual perceptions & humor to help make being human less serious.

Design Consultant and Research Associate Intern
Izzy Sarra graduated from the University of Massachusetts, Amherst with the class of 2020, and joined the Resistance Studies Initiative last fall. She holds a Bachelor's degree in Social Thought and Political Economy, and Political Science, and has a particular interest in education reform, prison abolition, and constructive resistance. With RSI she works to research both historical and contemporary resistance practices and their significance in social movements with Endowed Chair Stellan Vinthagen. Izzy also serves to promote and market the Initiative’s brand and events via social media platforms. She is from North Shore, Massachusetts, is passionate about music & cooking, and hopes to build a career in public policy or education.

Design Consultant and Research Associate Intern
Zoe Williams (they/she) is a rising senior at Elizabethtown College in Elizabethtown, Pennsylvania. She is pursuing a B.A. in Peace and Conflict Studies with dual minors in Women and Gender Studies; and Political Science. Their research specializations include the history of the U.S. Civil Rights Movement; queer theory and historiography; sociopolitical theory; and nonviolent resistance strategies and campaigns. In addition to her internship work with the RSI, Williams works as the editor for the Features section of their college newspaper, the Etownian, and as the student project coordinator for the college’s Center for Global Understanding and Peacemaking. As part of her internship with the RSI, Williams is currently working with Stellan Vinthagen in completing research on nonviolent resistance campaigns in military-occupied territories. Zoe also designs and processes the RSI newsletters. Williams intends to complete their undergraduate thesis on Bayard Rustin and how his relationship with other civil rights activists changed following his 1965 publication “From Protest to Politics.”