From Coral to Constellations: The Story of Cetus in Ovid's Metamorphoses 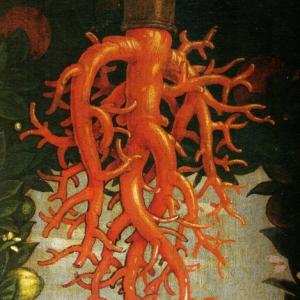 What are the origin stories that we tell about natural occurrences? Ovid's epic poem, Metamorphoses, mythologizes the human and natural world’s capacity for transformation, particularly between earth, sea, and sky.

Showcasing the Center's 1632 edition of Metamorphoses, Jeff Goodhind will lead a conversation on the story of Perseus' slaughter of the sea monster, Cetus, whose remains were banished to the stars. A coda to this encounter features the origin myth of coral, which includes stories of Perseus, Medusa, blood, the ocean, and seaweed. In preparation for the discussion, we invite participants to bring their own examples of stories told about the origins, shapes, and transformations of the natural world.

This talk will be held on Zoom. RSVP here