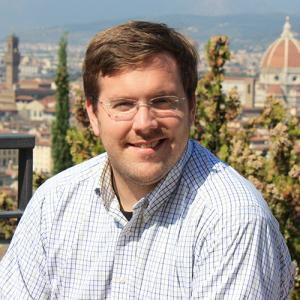 This event will be held in person at the Kinney Center.

Evan MacCarthy is a Five College Visiting Assistant Professor of Music History in the Department of Music & Dance at the University of Massachusetts Amherst. His research focuses on the history of fifteenth-century music and music theory, late medieval chant, German music in the Baroque era, as well as nineteenth-century American music. His book Ruled by the Muses: Italian Humanists and their Study of Music in the Fifteenth Century explores the musical lives of scholars who sought to revive the cultural and intellectual traditions of ancient Greece and Rome.