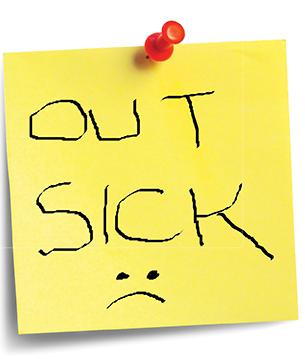 If there is such a thing as a dream job, Joe thought he’d landed it when he relocated to New England for a position at UMass Amherst a few years back. The work was challenging and fun, his colleagues made a good team, and he was enjoying life in the Pioneer Valley.

But just six months into his new job, Joe was literally stopped in his tracks. While running errands one winter Saturday, another car skidded on ice and crashed head-on into Joe’s car.  Joe was seriously injured, breaking bones in his right arm and suffering a punctured lung. Doctors told him he’d fully recover but would need surgery and be out of work for several weeks.

Joe hadn’t worked long enough to accumulate many sick days. He wondered how he was going to get through an extended sick leave. “I wasn’t sure I could manage to take time off without pay,” Joe recalls.

He was relieved, and surprised, when he called his supervisor to report his medical crisis, and was told that the PSU contract provides for a sick leave bank that allows PSU members to draw from a pool of days to use for personal injury or illness; maternity, paternity, and other parental leave (birth, adoption, or foster care placement); or to care for an ailing family or household member. The sick leave bank fills in when an employee has exhausted all of their accrued sick and personal time. An employee is allowed to retain two weeks vacation time.

By taking advantage of this benefit, Joe was able to take the necessary time away from work to heal—without financial stress—while still receiving paychecks. “The sick leave bank kept my income,” says Joe.

The sick leave bank was established several years ago when management presented the union with the issue of unused sick time creating a liability on the balance sheets. Management proposed cutting the amount of sick days that a union member could earn in a year. In the end, a compromise was reached where the number of sick days were cut, but the “cut days” were rolled into the sick bank.

Since then, the PSU sick leave bank has brought untold relief for many members. In 2017, 62 members from the Amherst campus received sick bank leave; the number for the Boston campus is presently unavailable. Check with sick bank representatives for more details on the amount of leave available and procedures for applying. A sick leave bank board at each campus, made up of PSU members and management, meets regularly to review applications. Appropriate medical documentation and a return-to-work date determines whether sick leave is granted.

Joe is a composite created to protect the privacy  of PSU members who were granted sick bank leave.