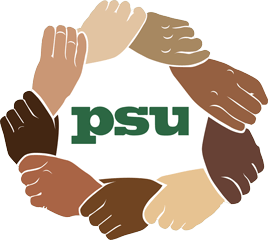 UMass Amherst pulled back its threat to lay off approximately 450 workers after two unions representing thousands of campus employees mounted an aggressive organizing and activism campaign.

The Professional Staff Union (PSU) and University Staff Association (USA) this week negotiated an agreement with UMass Amherst that guarantees no layoffs through January and creates joint labor-management committees to address cost-saving measures that do not rely on job cuts.

The unions agreed to have most members take two-week furloughs.

“This resolution will protect the immediate livelihood of workers who have been committed to the UMass mission throughout the pandemic. We still have a fight ahead of us in terms of ending all talk about layoffs and long-term furloughs,” said PSU Co-Chair Risa Silverman.

Leaders of the USA and PSU praised members for organizing workers to reach out to campus leaders, community groups and legislators, with Senator Jo Comerford and Representative Mindy Domb demonstrating extensive support for the workers.

“UMass heard loud and clear from workers and those who support us that nobody was going to tolerate attempts to unjustly put people out of work and cut their access to health insurance in the midst of a pandemic,” said USA President Leslie Marsland.

While the unions withdrew state charges related to obtaining financial data from the university, part of the agreement reached this week calls for greater transparency and accountability on budget matters. The unions reserved the right to reinstate the charges, especially as they pursue steps to permanently halt layoffs and restore the 150 workers placed on long term furloughs.

“The cuts that the university pursued are still a threat and if ultimately implemented would be devastating,” Marsland said.

PSU and USA still maintain that there is sufficient work on the campus to support current staffing levels and that the university administration has an obligation to work with campus unions to advocate for sufficient state and federal funding.