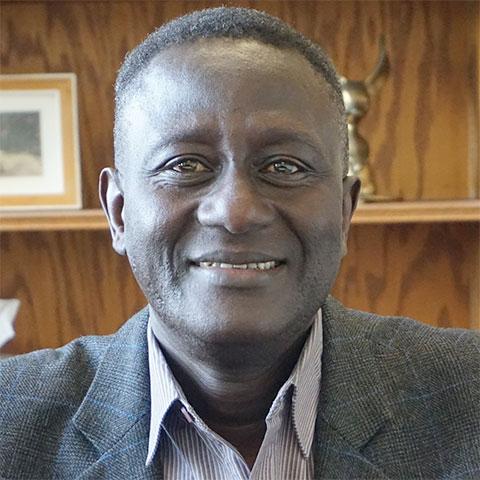 Pa Tamba Ngom joined PSU Amherst in June 2019 after accepting a position as manager of laboratory instructions in the Department of Biochemistry and Molecular Biology. He comes to PSU with experience in leadership roles within unions in his native country The Gambia as well as the UK. While Ngom is not new to unions, PSU is his first union membership in the U.S. For Ngom, unions provide a means of connecting with others as well as a platform for voicing concerns and working towards resolving important issues as a team. He says, “What you can do on your own, the union can do better with you.” He is enthusiastic about using his experience to contribute to PSU’s efforts around diversity and inclusion. He is also interested in initiating a PSU mentoring/support program for international PSU members that may have unique needs associated with their international status.

Ngom first developed an interest in working with unions while in high school in the early 1980s. In his native country he served as a social secretary of his high school student union in Banjul City. The group worked to boost student morale, engage students in social activities, and build networks with students in other countries. It also engaged the local community to help provide them with assistance, ranging from cleaning up the environment to promoting healthy living. Working with the student group allowed Ngom the opportunity to support others while being supported himself. It provided a sense of community, he recalls.

“What you can do on your own, the union can do better with you.” -Pa Tamba Ngom

After graduating high school in 1984 he attended Exeter College in England and was able to find that sense of community again by becoming a member of the college student union. This time, he was involved on a much larger scale. He became the first overseas student officer at Exeter College, and represented the college at the National Union of Students of the United Kingdom, a confederation of college student unions from all over the UK. He received leadership training, attended national conferences, and advocated for student rights. In addition, Ngom participated in other activities with the union such as marching against apartheid and working to free Nelson Mandela. These experiences demonstrated to Ngom the strength of unity and the value of working as part of a team.

Even after he graduated from college in 1989, Ngom continued his involvement with unions. He returned home to The Gambia and began working for the British Medical Research Council, where he was an active member of the workers union and held various leadership roles. When recalling his experience with the workers union Ngom says, “Unions are beneficial because they offer a sense of belonging and support. They also help resolve problems for employees as well as employers by serving as the mediator.”

Although he has only been on campus for a short time, he has already connected with other union members by participating in the PSU Labor Day Hike. In addition to enjoying the outdoors, Ngom is an advocate for sustainable environmental practices and plants trees whenever he has the opportunity. Ngom is looking forward to connecting with more members of PSU and working to address issues that are important to the membership. We are excited to welcome Ngom to the PSU family! 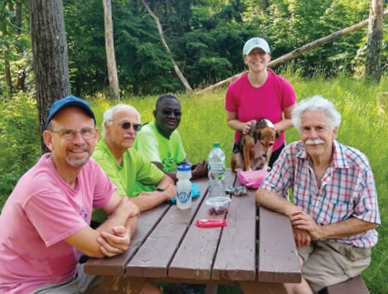