Janus Case: Why Public Unions are Being Targeted

Last week we introduced the Janus case and this week we’ll dig a little deeper into why public sector unions are being targeted.  This is extremely important and will only take a couple of minutes to read, so please do.

So, why are public sector unions being targeted now?

1.  This is part of a long-term war on labor, which is well documented in many places and the results of which are seen here: 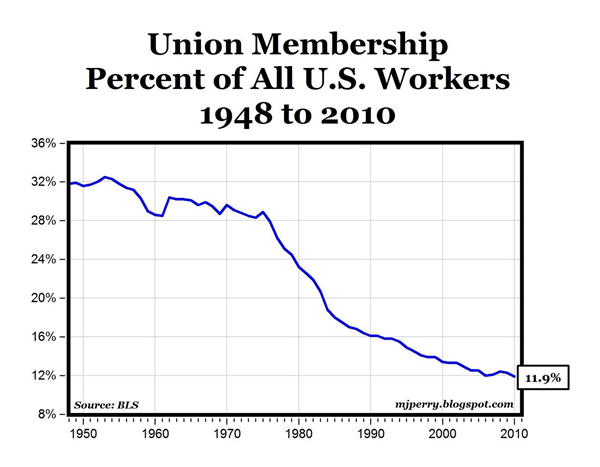 And it’s because private sector unions have already been greatly diminished: 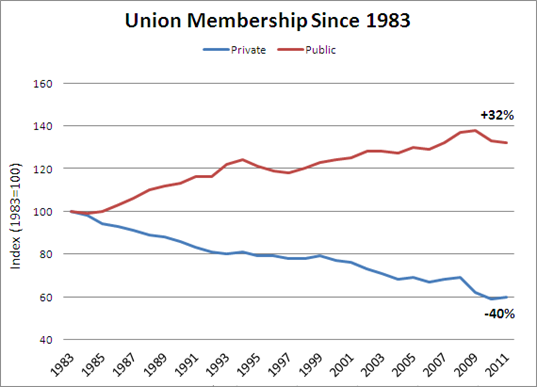 so now it is the public sector’s turn: 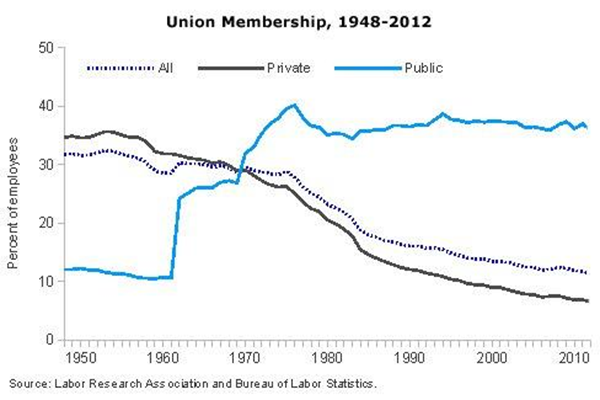 2.  The attack on public employee unions is also part of the war on democratic and progressives values. 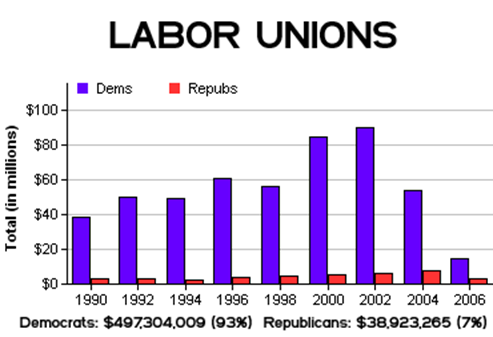 But political contributions from labor pale in comparison to what just the Koch brothers alone put into politics, so it looks like right-wing and corporate interests won’t stop until they have it all. 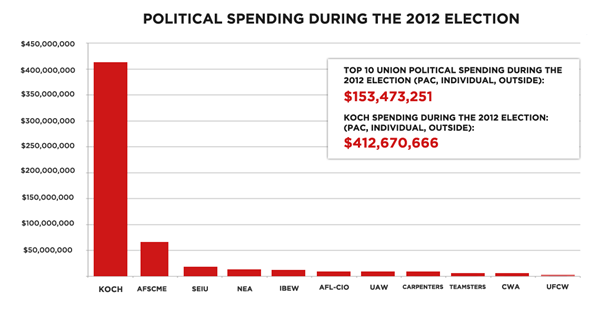 Labor unions are one of the few forces left for the right to contend with.  Public service unions are a big part of what stands in the way of the ever-increasing privatization of what should be public goods such as schools, roads, water, and land.  It was labor, working in coalition with community and civic non-profits, that defeated Question 2 on Charter Schools in Massachusetts and that just pushed back the latest plan to restructure the GIC.  The same coalition of Labor and non-profits have put the Fair Share tax, the $15 minimum wage, and paid sick time for all workers on the state ballot this coming November.

3.  Labor unions stand in the way of right-wing greed and power 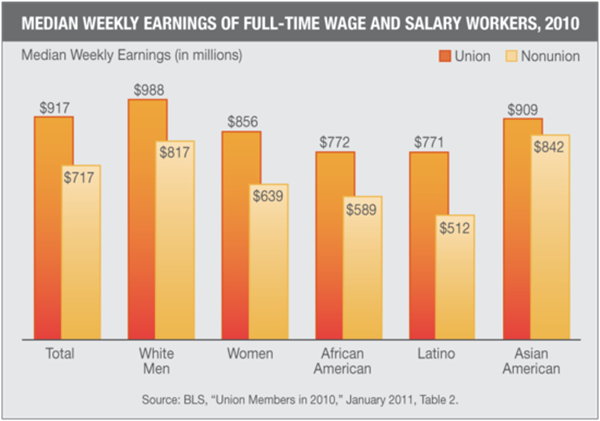 With Janus, the right hopes that workers will jump at the immediate gains of not paying dues and not see the bigger picture, just like they structured the recent tax cuts to give small, temporary cuts to workers in order to distract us from the massive, permanent cuts that corporations and the wealthy received, cuts that will run up the national debt and that are therefore planned to pay for themselves by slashing social programs that benefit working people, the poor, and the communities we live in.

Attacks on unions are attacks on the middle class. 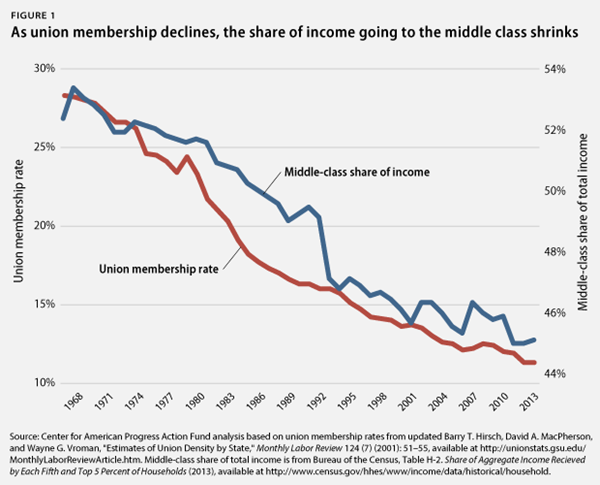 And as the middle-class shrinks, we know where the money goes: 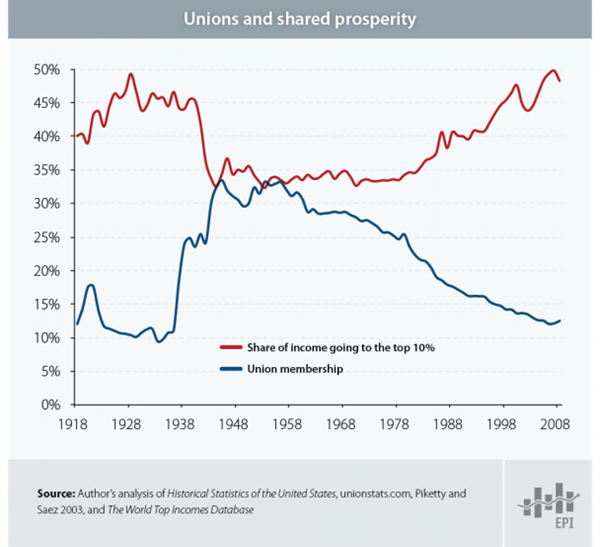 In Wisconsin, after legislation similar to what Janus will bring was enacted, a lot of people chose to quit their unions, which really weakened the unions and within 5 years public sector workers had lost almost 20% of their benefits and up to 10% of their pay, leading to a sharp upturn in the number of people who left the profession or changed jobs for better pay and benefits in more affluent districts. 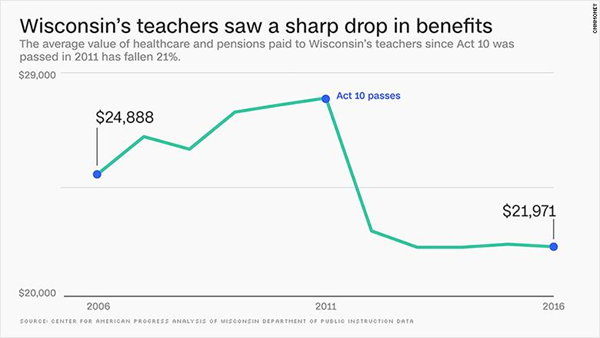 At UMass, we need to stick together and focus on the long-term picture.  In states where workers have organized and kept their memberships high, wages and benefits have stood up to these assaults.  We can do the same.