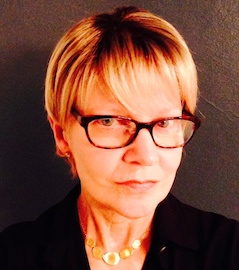 It is with deep sadness that we report the untimely death of Eileen O’Neill, Professor of Philosophy. Prof. O’Neill was a historian of early modern philosophy whose scholarly breadth, philosophical acumen, and life-long commitment to rediscovering understudied and forgotten women in the history of philosophy will prove her to be one of the most influential historians of the past century.

O'Neill joined the Philosophy Department in 1995. She taught a wide range of courses in the history of modern philosophy, as well as courses in feminist philosophy. She was a deeply committed teacher who gave generously of her time and effort and she inspired strong loyalty among undergraduate and graduate students alike. She loved talking philosophy with her colleagues, and several times co-taught courses with them. She was valued not only for her erudition, but also for the optimism, enthusiasm and energy she brought to the department in everything she did. She was terrific fun to be around.

O’Neill published a number of important papers and engaged in editorial work, but her enormous influence is primarily due to her skills of intellectual persuasion. She made texts available, revealed their philosophical importance - often in brilliantly clear detail - and encouraged historians with any feminist inclination or any desire to get things right in the history of philosophy to turn their attention to women philosophers. O’Neill’s classic 1998 paper, “Disappearing Ink: Early Modern Women Philosophers and Their Fate in History,” exemplifies her erudition and powers of persuasion. O’Neill shows exactly how “scandalous” it has been to exclude women from our histories of philosophy and offers a clear path to right that wrong. By such means, she persuaded her early modern colleagues and students to work on women and made it easy for them to do. By continuing O’Neill’s project, those colleagues and former students are now influencing the next generation of historians so that O’Neill’s influence will continue long after her death. Thanks to her tireless work and philosophical insight, philosophy’s past will be more inclusive, more interesting, and more accurate. All feminist philosophers owe O’Neill an enormous debt. And she will be dearly missed as a teacher, colleague, scholar, philosopher, and friend.

Eileen O’Neill was celebrated at a conference at Barnard College in 2009, organized by Christia Mercer in her honor: “Women, Philosophy and History.” The following is a link to a video recording of Eileen’s closing address to the conference, preceded by Christia Mercer’s delightful and very moving introduction: https://vimeo.com/7031032