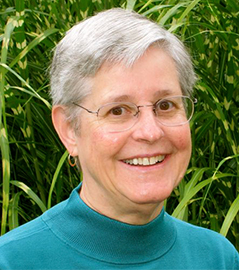 Distinguished Professor (Emerita) in Philosophy, Lynne Rudder Baker is the author of six books: Saving Belief: A Critique of Physicalism  (Princeton UP, 1987), Explaining Attitudes: A Practical Approach to the Mind (Cambridge UP, 1995), Persons and Bodies: A Constitution View (Cambridge UP, 2000), The Metaphysics of Everyday Life: An Essay in Practical Realism (Cambridge UP 2007), and Naturalism and the First-Person Perspective (Oxford UP, 2013).

She has written scores of articles in philosophy journals such as The Journal of Philosophy, The Philosophical Review, Philosophical Studies, Noûs, Philosophy and Phenomenological Research, American Philosophical Quarterly, Faith and Philosophy, Religious Studies, Philosophical Explorations and Philosophy of Science, and many others.  In 2001, Anthonie Meijers edited a volume of critical essays on her work, Explaining Beliefs: Lynne Rudder Baker and her Critics (Stanford: CSLI Publications).  She is or has been on numerous editorial boards, and has presented her work in 20+ countries.

Her research focuses on metaphysics, philosophy of mind and philosophical theology.