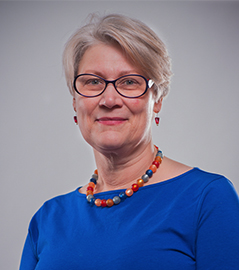 Louise Antony is a native of Massachusetts and graduated in 1971 from Mt. Everett Regional H.S. in Sheffield, MA.  She studied philosophy at Syracuse University and the University of London, and received her BA from Syracuse in 1975.  She received her Ph.D. from Harvard University in 1982.

Professor Antony’s work has focused on the question how mentality can be realized in a physical world; she has written extensively about mental causation, the nature of mental representation, and the relation between language and mind.  With Norbert Hornstein, she co-edited a volume of original essays, Chomsky and His Critics.  Professor Antony is also interested in naturalistic epistemology, and is currently trying to develop a psychologically realistic account of empirical justification.  Professor Antony also works in feminist philosophy, particularly feminist epistemology.  She co-edited, with Charlotte Witt, A Mind of One’s Own: Feminist Essays on Reason and Objectivity.  Recently, Professor Antony has become interested in the philosophy of religion.  She edited a collection of personal reflections by atheist philosophers, Philosophers Without Gods: Meditations on Atheism and the Secular Life.

Professor Antony has lectured at colleges and universities throughout the United States and in many foreign countries.  She has been a guest on the radio show Philosophy Talk, and has contributed to the New York Times philosophy blog, “The Stone.”  Together with Ann Cudd, she directs the Mentoring Program for Early-Career Women in Philosophy.  Professor Antony was recently elected Vice-President of the Eastern Division of the American Philosophical Association, and has served as President of the Society for Philosophy and Psychology.