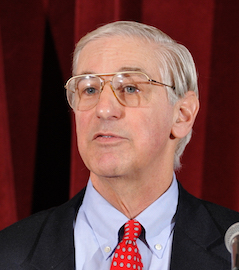 Fred Feldman completed his graduate work in philosophy at Brown University in 1968. His doctoral dissertation – directed by Roderick Chisholm – was on the concept of identity. He was a member of the UMass Philosophy Department at from 1969 until his retirement in 2014. He served as Graduate Program Director for 26 years.

When he started out, Feldman worked in the history of philosophy, metaphysics and epistemology. But then he began to focus on ethics. In a series of papers and books, Feldman developed and defended a distinctive form of utilitarianism that involves weighting the values of outcomes for moral desert. He has also defended a desert adjusted hedonistic theory of individual welfare. Feldman has written extensively on philosophical problems concerning life and death. In Confrontations with the Reaper (Oxford, 1992) he defended a version of the “deprivation approach” according to which untimely death harms its victim when it deprives him of what would otherwise have been a good life.

Feldman’s What Is This Thing Called Happiness (Oxford, 2010) concerned the concept of happiness. He defended a form of hedonism according to which a person’s level of happiness is identified with the net extent to which he takes attitudinal pleasure in things.

Feldman has recently completed the manuscript of his latest (and probably final) book: A Desertist Theory of Justice. In this book, Feldman presents and defends his conception of justice as a version of the idea that justice is done when people receive the benefits and burdens that they deserve to receive from their countries. The book is currently under review.

Feldman directed 33 doctoral dissertations during his time at UMass. Almost all of his students have gone on to successful careers as teachers of philosophy.

Among the honors and awards that Feldman has received are the following: