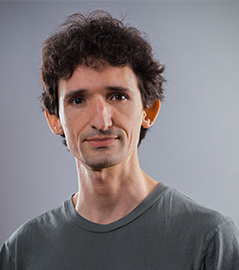 Chris Meacham received his BA in physics and philosophy from Reed College, and his PhD in philosophy from Rutgers University. Professor Meacham spent a year as a Bersoff Fellow at NYU before joining the department at UMass in 2007.

Professor Meacham's work is primarily in Formal Epistemology (especially Bayesianism), Decision Theory and the Philosophy of Physics, though he also has interests in Metaphysics and Ethics. Particular topics of research include decision theoretic paradoxes, self-locating beliefs, the relationship between rational belief and chance, and statistical mechanical probabilities.

Electronic versions of his papers can be found in his personal website.