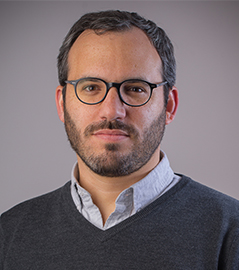 Alejandro Pérez Carballo joined the department in 2013 after spending two years as a Provost Postdoctoral Scholar at USC. He is mainly interested in questions in the philosophy of mind and language, especially as they relate to issues in the philosophy of mathematics and metaethics, as well as in some questions in metaphysics and formal epistemology.

Pérez Carballo obtained his PhD in philosophy from MIT. Before that, he studied musicology (Paris IV), logic (Paris I, Paris VII), and philosophy (Paris I) at the University of Paris.