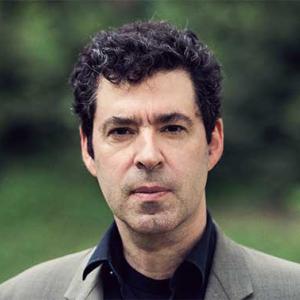 Professor Jason Stanley (Yale) will deliver the 2021 Matthews Memorial Lecture on October 14, 2021 at the Old Chapel. The lecture is titled "Fascism and Oligarchy: A False Dichotomy". (Note that this event, originally scheduled for Fall 2020, was postponed due to the COVID pandemic.)

Jason Stanley is the Jacob Urowsky Professor of Philosophy at Yale University. An internationally known specialist in the philosophy of language, Prof. Stanley has published widely in both academic and popular venues. His most recent work focuses on the role of rhetoric in political and social life: How Propaganda Works (2015) (Winner of the 2016 Global Discourse Book Award) and How Fascism Works: The Politics of Us and Them. His essays have appeared in such venues as The New York Times, The Washington Post, The Chronicle of Higher Education, The Boston Review, Die Zeit, and he has been interviewed on NBC News, NPR’s All Things Considered, and Democracy Now. He has spoken at colleges, universities, conferences, and political gatherings throughout the world, on a wide range of topics—not only on fascism and propaganda, but on mass incarceration, the water crisis in Michigan, the limits of free speech, and Israeli politics.