Open to everyone.  Refreshments will be served.

Tawakkol Karman was awarded the Nobel Peace Prize in 2011 in recognition of her work in non-violent struggle for the expression rights, safety of women and for women’s rights to full participation in peace-building work in Yemen.

Karman, a mother of three, is a human rights activist, journalist, politician and president of the NGO “Women Journalists without Chains” (WJWC), which advocates for rights and freedoms, and provides media skills to journalists. She is also the general coordinator of the Peaceful Youth Revolution Council, a member of the advisory board for the Transparency International and several other international human rights NGOs.

In 2007, Karman began organizing weekly protests in Yemen’s capitol, Sana’a, targeting systemic government repression and calling for inquiries into corruption and other forms of social and legal injustice. Karman’s weekly protests continued until 2011, when she redirected protesters to support the Arab Spring. Karman even brought Yemen’s revolution to New York, organizing rallies at the UN headquarters.  Upon being awarded the Nobel prize, Karman became the first Yemeni, the first Arab woman, and the second Muslim woman to win a Nobel Peace Prize, as well as the second youngest Nobel Peace Laureate at that date, at the age of 32.

While here on campus, she met with undergraduate and graduate students before giving her talk. 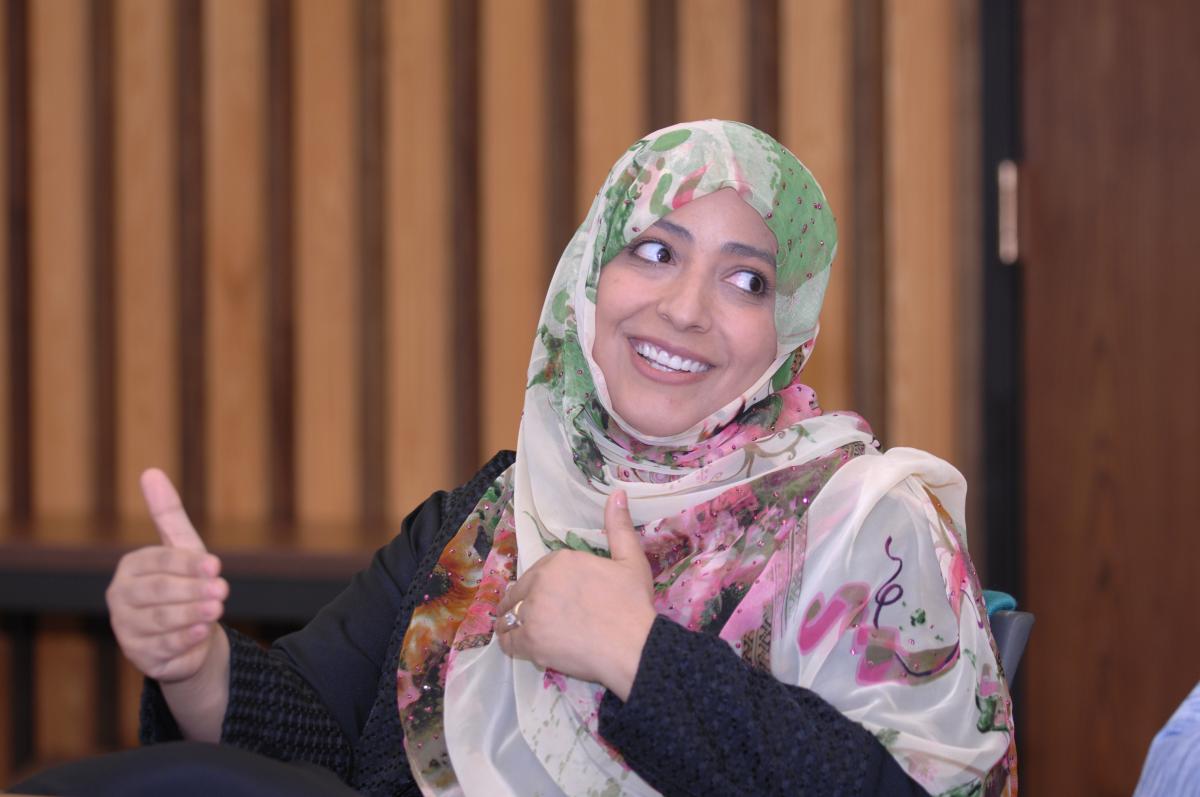 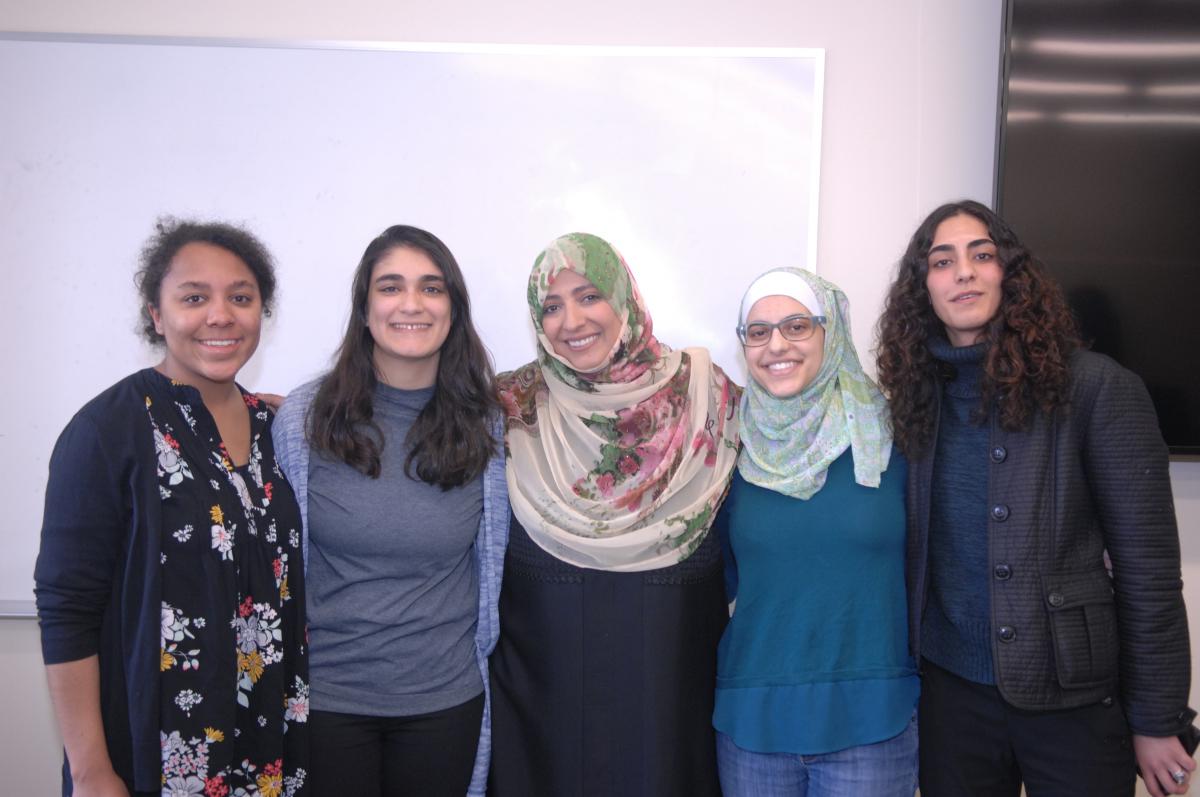