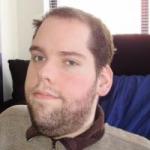 His research focuses on processes of social identification and intergroup relations, primarily in the context of large social categories such as nations and ethnic groups. Specifically, his research is at the cross-road of the social psychological areas of norms and morality (e.g., moral disengagement in response to ingroup wrongdoings), intergroup threat (e.g., threat-induced shifting of moral principles such as fairness or loyalty), and social justice (e.g., reparations after ingroup wrongdoings; conflict resolution).

Some of the topics Dr. Leidner investigated/s include: reactions to ingroup-committed torture; American justice appraisals after atrocities committed in Iraq and Afghanistan; reconciliation strategies in the Israeli-Palestinian conflict. He is currently interested in the search and need for meaning as motives for human 'warlikeness' and peacefulness. 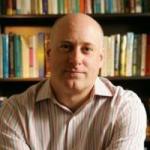 Dr. Lickel’s research examines adaptive and maladaptive responses to threat, particularly related to fears of terrorism and to environmental risks. With his collaborators and graduate students, Dr. Lickel is currently conducting several lines of research.

Understanding what makes communities resilient to environmental threats.  This work includes cross-national data collection in Chile and the U.S., and both nationally representative and community-level samples.

Investigating how people respond to migration, particularly when migrants are victims of environmental disasters or civil conflicts.

Studying the role of different forms of activism and protest movements for adaptive change in response to political and environmental threats.

Testing the role of values and emotion in personal and societal change. 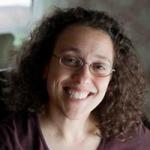 Dr. Tropp’s research focuses on expectations and outcomes of intergroup contact, identification with social groups, interpretations of intergroup relationships, and responses to prejudice and disadvantage. She received the 2012 Distinguished Academic Outreach Award from the University of Massachusetts Amherst for excellence in the application of scientific knowledge to advance the public good. Tropp has also received the Erikson Early Career Award from the International Society of Political Psychology, the McKeachie Early Career Award from the Society for the Teaching of Psychology, and the Allport Intergroup Relations Prize from the Society for the Psychological Study of Social Issues.

Tropp is a Fellow of the American Psychological Association, the Society of Experimental Social Psychology, and the Society for the Psychological Study of Social Issues. She has been a visiting scholar at the National Center for Peace and Conflict Studies (New Zealand), the Kurt Lewin Institute (Netherlands), the Marburg Center for Conflict Studies (Germany), Pontificia Universidad Católica (Chile), the University of California, Berkeley (USA), and the International Graduate College on Conflict and Cooperation (Germany, UK, Belgium), where she taught seminars and workshops on prejudice reduction and intervention.

She has worked with national organizations to present social science evidence in U.S. Supreme Court cases on racial integration, on state and national initiatives to improve interracial relations in schools, and with non-governmental and international organizations to evaluate applied programs designed to reduce racial and ethnic conflict. She is co-author of “When Groups Meet: The Dynamics of Intergroup Contact” (March 2011, Psychology Press), editor of the “Oxford Handbook of Intergroup Conflict” (June 2012, Oxford University Press), and co-editor of “Moving Beyond Prejudice Reduction: Pathways to Positive Intergroup Relations” (February 2011, American Psychological Association Books) and “Improving Intergroup Relations” (August 2008, Wiley-Blackwell). 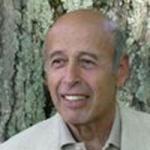 Dr. Staub has been president of the International Society of Political Psychology as well as the Society for the Study of Peace, Conflict, and Violence (Division 48 of the American Psychological Association). From the latter organization, he received the "Award for life-long contributions to peace psychology."

Dr. Staub has published numerous articles and chapters on helping behavior and altruism, the passivity of bystanders in the face of others' need, the development of caring, and ways to reduce aggression in children. Included among his extensive writings is the influential, Psychology of Evil: The Origins of Genocide and Other Group Violence (Cambridge University Press, 1994) and his new book:  The Roots of Goodness and Resistance to Evil: Inclusive Caring, Moral Courage, Altruism Born of Suffering, Active Bystandership and Heroism( Oxford University Press, 2015)

Dr. Staub studies the roots of violence between groups, especially mass killings, genocide, and terrorism. He has also studied reconciliation after violence and its prevention. Dr. Staub has applied his work in numerous real world settings. For example, he created a training program for California police officers in the wake of the Rodney King incident in Los Angeles; he also worked in Massachusetts schools on a project assessing bullying and school climate in an effort to promote more caring schools.

Dr. Staub has been involved in a number of projects designed to promote "healing, forgiveness, and reconciliation" in Rwanda in the aftermath of the genocide just over a decade ago. This work has been supported by the John Templeton Foundation, the U.S. Institute of Peace, and others. 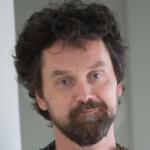 Dr. Stellan Vinthagen,  Endowed Chair in the Study of Nonviolent Direct Action and Civil Resistance, Professor of Sociology and Adjunct Professor of Psychological and Brain Sciences

Stellan Vinthagen is a Professor of Sociology and a scholar-activist. Vinthagen is the Inaugural Endowed Chair in the Study of Nonviolent Direct Action and Civil Resistance and Director of the Resistance Studies Initiative at The University of Massachusetts, Amherst, U.S.A.. He is also a researcher in his native Sweden at The Department of Social and Behavioral Studies, University West, and at The School of Global Studies, University of Gothenburg, where he is leading the Resistance Studies Program. He is an academic advisor to the International Center on Nonviolent Conflict (ICNC) with a PhD in Peace and Development Research from University of Gothenburg (2005),

Vinthagen researches resistance, power, social movements, nonviolent action and social change. He has written or edited ten books, the latest being A Theory of Nonviolent Action – How Civil Resistance Works (ZED Books, 2015). Vinthagen is also author or co-author of numerous articles, e.g. “Sovereign Power, Disciplinary Power and Biopower: Resisting What Power With What Resistance?” 2014 (with M. Lilja) in Journal of Political Power; and “Dimensions of Everyday Resistance: An Analytical Framework”, Critical Sociology 2014 (with A. Johansson), and “Legal Mobilization and Resistance Movements as Social Constituents of International Law”, Finnish Yearbook of International Law 2013.

Vinthagen became a member of the Council of War Resisters’ International (WRI) in 2010. He is one of the initiators of the Swedish Ship to Gaza 2008, a coalition member of the Freedom Flotilla. The world-renowned journalist John Pilger says “The Freedom Flotilla is one of the most important direct actions of my lifetime”. Vinthagen was responsible for the nonviolent action trainings of the Flotilla in 2011 and 2012. Among those seized by the Israeli military in international waters in October 2012, he was subsequently jailed and deported from Israel.