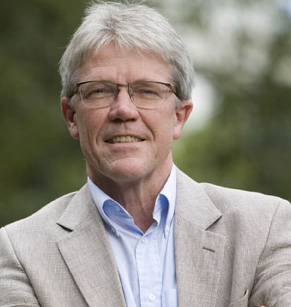 We are the people! Confronting the austerity state

Over the last decades we have witnessed a dramatic rise in the occurrence of street demonstrations. Increasingly, citizens take to the street as a mean to communicate their indignation, anger,  or worry about the performance of their politicians. "We are the people!" or more recently "We are the 99%!" are appeals to politicians to listen to the people and to take their claims serious. We are the people that you—politicians—say to represent, but we don’t feel represented, we don’t feel listened to.

The financial crisis only amplified the outrage. People lament that rather than protecting them from the economic recession politicians are shifting the burden of the crisis to the people. But, the people say no to the emaciated, austerity state (Offe 2013), they don’t want to pay for the failures of capitalism.

Yet, they differ in the way they respond. Quite a few don’t respond altogether, but we see those who do respond taking diverging routes. Some participate in demonstrations against specific austerity measures that affect them personally. For instance, students protesting a raise of tuition fees or public health workers fighting budget cuts. Others take part in demonstrations against the powers taking these measures; laying charges against the political mismanagement of the crisis and calling the government’s legitimacy into question. People challenge democracy as it is done. Claiming that the power should be taken from corrupt and incompetent politicians and given to the people. Examples are Occupy-type of demonstrations like Occupy-London or Amsterdam, or May 15 in Spain.

How are the two types of demonstrations different? It has been argued that the two are fundamentally different, appealing to different motives, employing disparate mobilization mechanisms, and revealing diverging processes. Is that so? So far, there is very little data to support that claim. Questions like these require comparative studies of the two types of demonstrations. Most of the research of protest events, however, are either single cases studies that are not comparative by design, or global surveys that fall short of data regarding individual demonstrations, or protest event studies that do not produce data regarding individual demonstrators.

But, we are fortunate to dispose of a dataset of over 15.000 individuals participating in a variety of street demonstration that make it possible to answer such questions, which was designed precisely to solve such comparative puzzles. Between 2009 and 2013 we surveyed the citizens who populated street demonstrations in eight European countries—building a unique dataset of over 80 demonstrations. Some were ritual parades such as gay-prides, women’s marches, or 1st of May parades. Other were typical new social movements events addressing such issues nuclear energy, fascism, peace or racism. Again other demonstrations protesting the austerity politics in their country. It are these demonstrations that I will concentrate on.

Bert Klandermans is Professor in Applied Social Psychology at the VU-University, Amsterdam, The Netherlands. He has published extensively on the social psychology of political protest and social movement participation. He is the author of the now classic Social Psychology of Protest (Blackwell 1997). He is the editor and co-author (with Suzanne Staggenborg) of Methods of Social Movement Research (University of Minnesota Press, 2002) and (with Nonna Mayer) of  Extreme Right Activists in Europe (Routledge, 2006). With Conny Roggeband he edited the Handbook of Social movements across disciplines (Springer, 2007). He is the editor of Social Movements, Protest, and Contention, the prestigious book series of the University of Minnesota Press and of Sociopedia.isa a new online database of review articles published by Sage in collaboration with the International Sociological Association. He is co-editor of Blackwell/Wiley’s Encyclopedia of Social Movements and of The Future of Social Movement Research. Dynamics, Mechanisms, and Processes (Un. of Minnesota Press 2013). In 2013 he received the Harold Lasswell Award of the International Society of Political Psychology for his lifelong contribution to political psychology. In 2014 he received the John D. McCarthy Award from Notre Dame University for his contribution to the study of social movements and collective action.