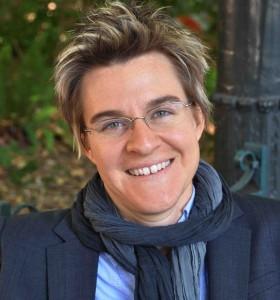 Why Civil Resistance Works: Unarmed Conflict in the Past and Future

Between 1900 and 2006, campaigns of nonviolent resistance were more than twice as effective as violent insurgencies. In this talk, Chenoweth will review the impressive historical record of civil resistance in the 20th century and discuss the promise of unarmed struggle in the 21st century. She will draw from her book (co-authored with Maria Stephan) Why Civil Resistance Works: The Strategic Logic of Nonviolent Conflict, which recently won the Grawemeyer Award for Ideas Improving World Order. The book argues that nonviolent resistance presents fewer obstacles to involvement, information, and commitment, leading to enhanced resilience, improved tactical flexibility, increased opportunity for civic disruption, and shifts in loyalty among opponents' erstwhile supporters. Moreover, nonviolent resistance movements tend to usher in more durable and internally peaceful democracies.

Erica Chenoweth is Associate Professor at the Josef Korbel School of International Studies at the University of Denver and an Associate Senior Researcher at the Peace Research Institute of Oslo, Norway (PRIO). Together with Maria J. Stephan of the U.S. State Department, she is the winner of the 2013 Grawemeyer Award for Ideas Improving World Order. Their book, Why Civil Resistance Works: The Strategic Logic of Nonviolent Conflict also won the 2012 Woodrow Wilson Foundation Award, in recognition of the best book on government, politics, or international affairs published in the U.S. during the previous calendar year.  While teaching at Wesleyan University, Chenoweth was the 2010 recipient of the Carol A. Baker Memorial Prize for excellence in junior faculty research and teaching. She has also held visiting appointments at Harvard, Stanford, UC-Berkeley, and the University of Maryland. She is currently the co-chair of the Academic Advisory Board at the International Center on Nonviolent Conflict.

Chenoweth is also the co-author of Rethinking Violence: States and Non-State Actors in Conflict with Adria Lawrence of Yale University, and is working on her next book, Why Democracy Encourages Terrorism, which explores the underlying reasons why terrorism is so common in democratic countries. She has published over a dozen articles in scholarly journals and edited volumes.  Chenoweth presents her research all over the world at various academic conferences, government workshops, and international governmental organizations. Her research has been featured in The New York Times, The Economist, The Boston Globe, Foreign Policy, The Christian Science Monitor, and elsewhere. She co-hosts the award-winning blog Political Violence @ a Glance, hosts a blog called Rational Insurgent, and has been an occasional blogger at The Monkey Cage and Duck of Minerva.  Chenoweth holds a Ph.D. and an M.A. in political science from the University of Colorado and a B.A. in political science and German from the University of Dayton.