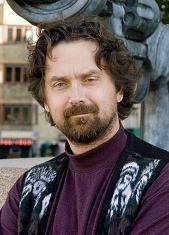 The 4 Dimensions of Nonviolent Action: A Sociological Perspective

Based on The Sociology of Nonviolent Action (Vinthagen 2014, forthcoming at ZED, London), Dr. Vinthagen will with the help of Bourdieu, Foucault, Goffman, and the arguably main sociological theory on social action developed by Habermas, show that nonviolent action is a multidimensional form of political action, consisting not only of (1) political strategy, but also of (2) normative action, (3) self-expressive articulation, as well as (4) communicative rationality. Taken together these four dimensions of nonviolent action, in theory, point towards a more complex, flexible and forceful approach to the potential nonviolent transformation of violent conflicts. In fact, an even more effective potential than claimed by the proponents of the technique approach. Nonviolent action takes its transformative force through conflict dialectics; bringing divergent truth-claims, norms, strategic actions and dramas in creative tensions.

His sociological framework shows nonviolent action is possible to understand as a multidimensional rationality. Thus, at least potentially, the repertoire of nonviolence appears as a combination of resistance and construction, as well as of action against violence and without violence. This combinatory repertoire is both a strength and a weakness, creating a forceful unity, yet a contradictory action-repertoire, a repertoire that is complex to handle but that also enables the transformation of conflicts through dialectical creativity. This novel view of nonviolent action suggest a repertoire accommodated towards contentious political struggles, yet struggles that aim for negotiated, inclusive and just agreements between parties, even in conflicts plagued by entrenched dominance relations, enemy images, institutionalized violence, competing truth claims, dysfunctional social relations and cultural groups differences.

Stellan Vinthagen is associate professor of sociology and a scholar-activist. Vinthagen has a PhD (2005) in Peace and Development Research from University of Gothenburg. He is a researcher and lecturer in the Department of Social and Behavioral Studies, University West and School of Global Studies, University of Gothenburg; and is Co-Leader of the Resistance Studies Group at University of Gothenburg (www.globalstudies.gu.se). His research is focused on resistance, power, social movements, nonviolent action, conflict transformation and social change. He has written or edited eight books and numerous articles, among the latest is “Nonviolent Resistance and Culture”, 2012 (with M. Sørensen) in Peace & Change, and Tackling Trident (edited with Kenrick and Mason).