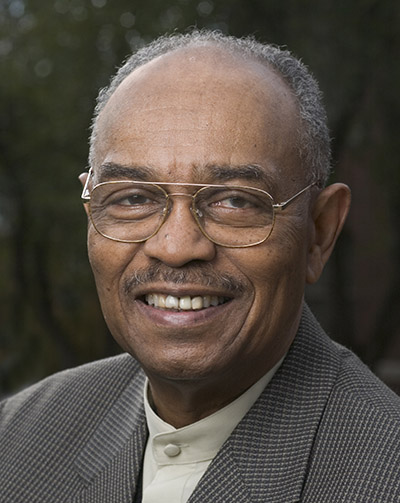 The Department of Music & Dance will present a special video tribute to longtime music professor and Fine Arts Center Director Dr. Frederick Tillis to mark the one-year anniversary of his passing. The tribute will air on the department’s YouTube channel at 7 PM on Friday, April 30 immediately prior to broadcast of their annual Jazz Showcase at 7:30 PM. Both the Tribute and the Showcase are free and open to the public.

Dr. Tillis, who passed away on May 3, 2020, was a visionary educator, composer, performer, and administrator. He founded the department’s Jazz & African-American Music Studies program (JAAMS), as well as helped to establish the Fine Arts Center’s Jazz in July Program, the New World Theater, the Augusta Savage Gallery and the Asian Arts and Culture Program. A performer and composer of unusual breadth, Dr. Tillis’ over 100 compositions include works for piano and voice, orchestra and chorus, along with chamber music and works in the African-American spiritual tradition.

The video tribute, which was created in cooperation with Tillis’ daughter, Pamela Tillis, features performance footage of UMass faculty from a February 2020 concert at which Dr. Tillis was honored on the occasion of his 90th birthday. In addition to a remembrance from department chair Salvatore Macchia, the video contains a full-length performance of Dr. Tillis’ “Blow Out the Candles of Your Cake” by voice professor Jamie-Rose Guarrine, cellist Karl Knapp, and pianist Ben Tibbetts, as well as other highlights from the evening.

Following the tribute, the department will present the 40th Annual Jazz Showcase beginning at 7:30 PM, which will feature video performances by the department’s many jazz ensembles under the direction of JAAMS director Jeffrey W. Holmes. Music on the program is slated to include works by Dr. Tillis, other former faculty members Yusef Lateef and Billy Taylor (celebrating their 100th birth anniversaries), plus Chick Corea, Stanley Cowell, Sammy Nestico, and student composers Matt Padula and Aidan Fischer.