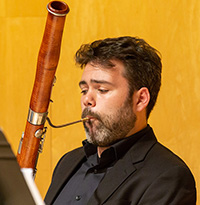 Taghavi has been on the Music & Dance faculty since 2017, and is also a faculty member at the Rocky Ridge Music Center’s Young Artist Seminar (Colorado) and an instructor in the Evening Division at the Juilliard School. He is currently principal bassoon with the New Haven Symphony Orchestra, and has played under conductors including Sir Simon Rattle, Alan Gilbert, and James Conlon.  Taghavi has performed as a soloist with the Stony Brook Symphony Orchestra and the New York Symphonic Ensemble at Fukuoka Symphony Hall and the United Nations, and is co-director and founder of the Annapolis Chamber Music Festival. He graduated magna cum laude from the University of Southern California, received a Master’s degree from the Juilliard School, and recently completed his doctorate at Stony Brook University. 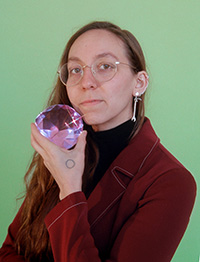 Assistant Professor Miriam Piilonen is a music theorist specializing in histories and philosophies of music science. Previously, she taught music theory, aural skills, and music culture courses at Northwestern University and won several teaching fellowships for her work as a mentor to graduate and postdoctoral instructors. Her research has been supported by a Franke Humanities Fellowship and an “SMT-40” Dissertation Fellowship from the Society for Music Theory. Piilonen has presented at the annual meetings of the Society for Music Theory, American Musicological Society, International Association for the Study of Popular Music, and American Comparative Literature Association. She holds a PhD in Music Theory and Cognition from Northwestern University, a Master of Science in Human Development from Virginia Tech, and a Bachelor of Music in Composition from the New England Conservatory. 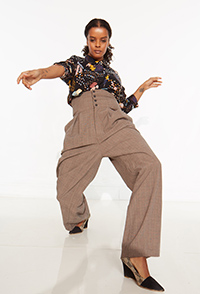 Jazz Dance Lecturer Lauren Cox’s areas of expertise include Jazz and Haitian Cultural Dances, Hip-Hop and Social Dances, Samba, Modern, Contemporary, Improvisation, Singing and Acting.  She holds a B.A. in Sociology from San Francisco State University, and is currently on the faculty at Joffrey Ballet School Jazz & Contemporary Summer Intensive. Cox was co-creator and lead choreographer for Kaimera Productions’ SPACES, which presented an immersive storytelling experience for Mozambique citizens in cooperation with the U.S. State Department and the Smithsonian. Her performance credits include the off-Broadway immersive play Seeing You, the world-premiere of the Afro-Cuban Yiddish opera Hatuey: Memory of Fire at Montclair State University, and John Leguizamo’s Kiss My Aztec for Berkeley Repertoire Theater and La Jolla Playhouse.  Cox is also a published poet and storyteller who delivered a TEDx talk in 2018. 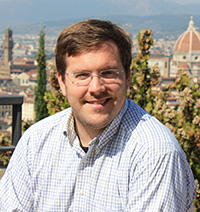 Five College Visiting Assistant Professor Evan MacCarthy received a B.A. in Classics and music from the College of the Holy Cross, and a Ph.D. in historical musicology from Harvard University. His research focuses on the history of fifteenth-century music and music theory, late medieval chant, German music in the Baroque era, as well as nineteenth-century American music. His current book project, Ruled by the Muses: Italian Humanists and their Study of Music in the Fifteenth Century, explores the musical lives of scholars who sought to revive the cultural and intellectual traditions of ancient Greece and Rome. Previously, MacCarthy served on the faculty of West Virginia University’s School of Music, and the faculties of Harvard, Holy Cross, M.I.T., and B.U. He has been awarded fellowships from the American Academy in Rome (Rome Prize), Villa I Tatti, and the West Virginia Humanities Council.