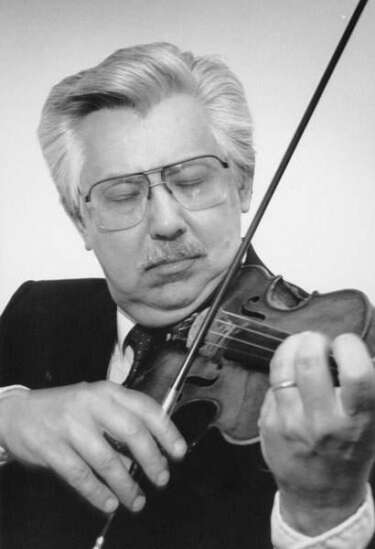 On January 12, 2023, renowned violinist and former UMass music professor Charles Treger passed away at the age of 87.

A native of Detroit, Michigan, Treger’s professional career began at age 16, when he joined the Detroit Symphony’s second violin section. In 1962, Treger received world-wide acclaim as the only American to win the prestigious Wieniawski International Violin Competition in Poland, a distinction that remains true today. His win, during the heart of the Cold War, was covered by most of the major media outlets of the day, and elicited a congratulatory telegram from President John F. Kennedy. 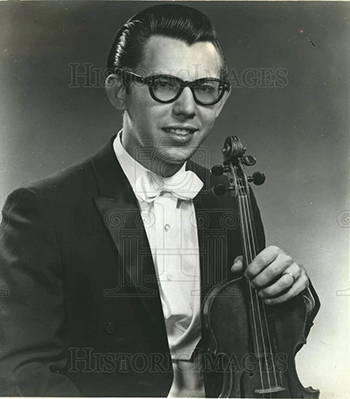 Performing on the 1723 “Hartmann” Stradivarius, Treger performed in virtually every major music center in the U.S., Europe, and Middle and Far East with orchestras led by conductors including Pierre Boulez and Seiji Ozawa. A founding member of the Chamber Music Society of Lincoln Center, he was also part of a duo with pianist André Watts for seven years, and performed chamber music alongside the likes of Isaac Stern, Emanuel Ax, Rudolf Serkin, and Itzhak Perlman.

Before he came to UMass, Treger was president and director of the Meadowmount School of Music, and also served on the faculty at Iowa University, the Aspen Music Festival, Hartt School of Music, New England Conservatory and Manhattan School of Music. Treger joined the UMass faculty in 1986, where he led the violin studio and continued his performance career, joining fellow faculty member and pianist Nadine Shank for tours of the U.S. and Poland. He retired in 2002.

Salvatore Macchia, who taught and performed alongside Treger throughout that time, describes him as “an outstanding colleague, excellent teacher, and warm and trusted friend. Charles was one of the most exceptional musicians I have ever known. He had what seemed to me, an amazing grasp and knowledge of the repertoire—music old and new—and was gifted with the most extreme sensitivity to style, gesture, and nuance. Performing with him, whether in the Schubert Trout Quintet, Bottesini’s Gran Duo Concertante, or some piece of new music, was always an enlightening and enriching experience.”

Footage of Treger at the Wieniawski Competition along with an interview from the period is available on YouTube.