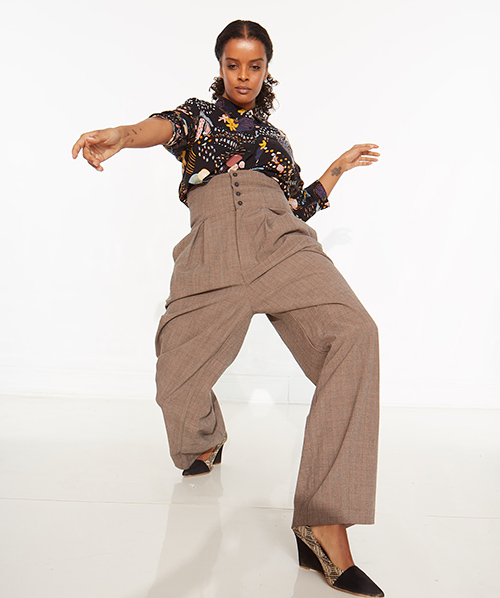 Lauren Cox spent most of her adolescence as a highly competitive Rhythmic Gymnast, eventually achieving 20th in the nation.  Her training is the sum of her travels ranging from Jazz to Haitian Cultural Dances, Hip-Hop and Social Dances, Samba, Modern, Contemporary, Improvisation, Singing and Acting.  She is a published poet and storyteller who delivered a TEDx talk in 2018.  She holds a B.A. in Sociology from San Francisco State University and has learned to speak Portuguese and Spanish fluently.

On faculty at Joffrey Ballet School Jazz & Contemporary, Lauren created and implemented curriculum in Jazz, Dance History, Critical Analysis and Industry Prep.  She has also been on faculty for The Ailey School Junior Division respectively.  She is the co-creator and lead choreographer for Kaimera Productions’ SPACES, working with the US State Department and The Smithsonian of African American History to put up an immersive storytelling experience with the community on the Island of Mozambique.  The company also produces SPACES in New York, St. Denis, France and Oakland California.