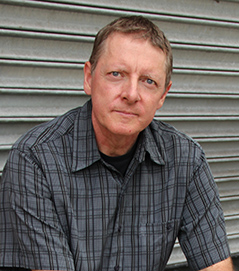 252 Bromery Center for the Arts

Holmes plays keyboards with the Paul Winter Consort, leads the Jeff Holmes Big Band featuring his wife, vocalist Dawning Holmes, and plays lead trumpet with the New England Jazz Ensemble. Recent recordings as performer and/or composer/arranger include the Jeff Holmes Quartet release "Of One's Own,"  the New England Jazz Ensemble’s “Peter and The Wolf“, HGTS’s “…and then they played…”  and projects by Paul Winter, colleague Felipe Salles, and Earl MacDonald. He continues to appear as a guest conductor/clinician/adjudicator and performer/composer/arranger.

At UMass Amherst, Holmes continues to direct the award-winning Jazz Ensemble I and Studio Orchestra and is Artistic Director of the Jazz in July Improvisation Summer Workshops. He is also a recipient of the Massachusetts Association for Jazz Education Lifetime Achievement Award, a former panelist/co-chair for the National Endowment for the Arts, a former columnist for Jazz Player Magazine, and contributor of thirty entries to the New Grove Dictionary of Jazz.

252 Bromery Center for the Arts