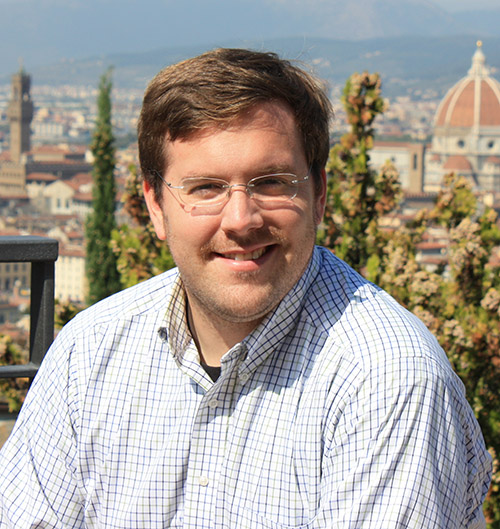 Evan A. MacCarthy is Five College Visiting Assistant Professor of music history in the Department of Music and Dance at the University of Massachusetts Amherst. He received a B.A. in classics and music from the College of the Holy Cross, and earned a Ph.D. in historical musicology from Harvard University. His research focuses on the history of fifteenth-century music and music theory, late medieval chant, German music in the Baroque era, as well as nineteenth-century American music.

Articles and book chapters have appeared in the Journal of Musicology, the Journal of the Alamire Foundation, Tijdschrift van de Koninklijke voor Nederlandse Musikgeschiedenis, The Cambridge History of Fifteenth-Century Music, and other edited collections on Renaissance music and culture. His book Ruled by the Muses: Italian Humanists and their Study of Music in the Fifteenth Century explores the musical lives of scholars who sought to revive the cultural and intellectual traditions of ancient Greece and Rome. He is also producing an edition and first-ever translation for the Epitome Musical series at Brepols Press of Ugolino of Orvieto’s encyclopedic treatise on the nature and notation of music (Declaratio musicae disciplinae, written c. 1435).

Before coming to UMass Amherst, he served on the faculty of West Virginia University’s School of Music, where he was promoted to Associate Professor, and previously the faculties of Harvard University, College of the Holy Cross, MIT, and Boston University. Awards, grants, and fellowships include the National Endowment for the Humanities Rome Prize in Renaissance and Early Modern Studies from the American Academy in Rome, the Committee for the Rescue of Italian Art (CRIA) Fellowship at Villa I Tatti, the West Virginia Humanities Council, the Big XII Faculty Fellowship Program, and the Lila Wallace - Reader's Digest Lecture Program. He presently serves as the Discipline Representative for Music for the Renaissance Society of America (through 2021) and serves on the Council of the American Musicological Society (through 2021) and the Advisory Board of the Sewanee Medieval Colloquium.