Research in Music Series: A Talk by Jacek Blaszkiewicz 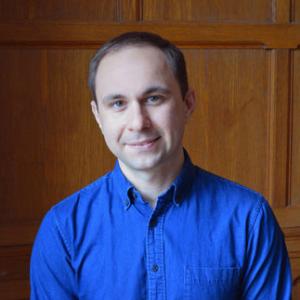 Modernity in the Streets: Sound and Urban History in Second-Empire Paris

The ubiquitous songs and cries of Paris's street hawkers and itinerant musicians have captured the city's imagination since the Middle Ages. However, during the French Second Empire (1852-1870), ruthless demolition overseen by Baron Haussmann severely disturbed the everyday rhythms of sonic street activity.

The proliferation of books, poetry, and musical works featuring these petits metiers reveals that the Parisian literary community feared the eventual disappearance of the city's iconic sights and sounds. This talk explores how itinerant musicians and hawkers were preserved, memorialized, and commodified around musical transcription and adaptation. The growing nostalgia around working-class street culture ca. 1860 extended into broader criticism of Baron Haussmann and the discriminatory mode of urbanism that he practiced. Haussmannization irrevocably altered the Parisian soundscape by displacing, policing - and thus silencing - the urban communities that made their living with their voices and bodies.

As an ideological device, nostalgia offered a counternarrative to Second Empire ideas of progress by suggesting that urbanization would vanquish any remaining image of what came to be known as le vieux Paris. Culminating in an analysis of Jean-Georges Kastner's symphonic cantata Les cris de Paris (1857), my talk shows how representations of the urban soundscape articulated a distinctly Parisian notion of modernity: a skirmish between a utopian "capital of the nineteenth century" and a romanticized Old City.