Research in Music Series: A Talk by Gurminder Bhogal 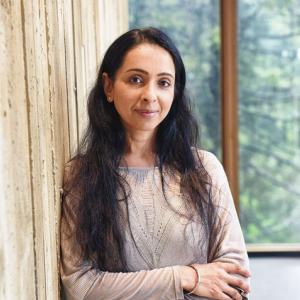 This lecture will explore how Claude Debussy's Clair de Lune, a piece for which the French composer had little regard, has managed to become one of his best-known compositions. While examining Clair de Lune's connections to the art and poetry of its milieu, Bhogal will draw attention to how this piece continues to be re-imagined across genres and media including film, popular music, and video games.

Gurminder Kaur Bhogal is Catherine Mills Davis Chair in Music at Wellesley College. She received her Ph.D. in Music History and Theory from the University of Chicago. Gurminder has published widely on the music and aesthetics of composers working in Paris at the turn of the twentieth century including Claude Debussy, Gabriel Fauré, Maurice Ravel, Erik Satie, and Igor Stravinsky. Her first book, Details of Consequence: Ornament, Music and Art in Paris, was published by Oxford University Press in 2013, and explores the expressive use of ornament in musical and visual contexts. Gurminder's most recent book, Claude Debussy's Clair de Lune, was published by Oxford last summer.  Gurminder is currently serving as Review Editor for the Journal of the American Musicological Society.