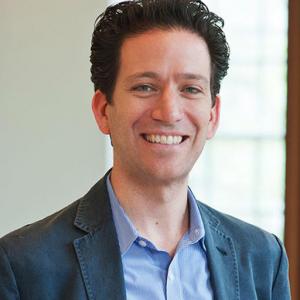 MacArthur fellow Sebastian Ruth speaks about his pioneering work as founder of Providence Community MusicWorks. CMW has been called a “revolutionary organization” (The New Yorker) that builds cohesive communities—through music education and performance— transforming the lives of children, families, and musicians in underserved urban neighborhoods of Providence, RI.

Co-sponsored by the Fine Arts Center. Speaker Series webpage
Approximately 60 minutes with time for Q & A.

Sebastian is the recipient of a MacArthur Foundation Fellowship, recognized for “forging a new, multifaceted role beyond the concert hall for the twenty-first-century musician”, and an honorary doctorate degree from Brown University. Sebastian has served as a Visiting Lecturer at the Yale School of Music, where he designed and taught courses exploring the theoretical foundations of CMW, and has served as an Assistant Professor of the Practice of Music at Brown University. His Coursera course “Music and Social Action” has had over 17,000 learners. Sebastian has spoken at the Ford Foundation, the Kennedy Center, Florida State University, TEDxProvidence, and other venues on citizen artistry, entrepreneurship, and music, and joined nine other artists as part of the RISD Museum’s Raid the Icebox NOW exhibit. Sebastian is married to violinist Minna Choi, and their two daughters, Juna Maya and Elia Ahn, are his current teachers about life.