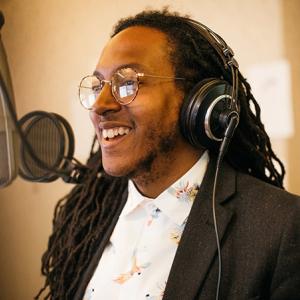 In the late summer of 2016, Garrett McQueen shifted his career from a professional bassoonist to a radio host and content creator. Along the way, he discovered conversations within the world of classical music that deserved more attention. With the help of his friend and colleague, Scott Blankenship, the two created TRILLOQUY: true and real conversations that challenge the status quo of "classical" music.

He has enjoyed giving multiple solo recitals, performing with the Godiva Woodwind Quintet, USC Scholarship Quintet, and Cooper-Young Winds, giving master classes, acting as a guest instructor for the Bahamas Music Conservatory and Idyllwild Arts Academy, adjudicating West Tennessee Band auditions, and teaching a studio of flutists/oboists/bassoonists consisting of middle school, high school, and undergraduate college students. He has performed in multiple Broadway Musicals in Memphis under the baton of David Spencer and keeps himself busy in other free-lance activities, including being featured in Indie Rock tracks produced by Goner Records (2009) and True Panther Sounds (2010). Garrett has been heard as both a performer and guest host on APM's "Performance Today", and was featured as the principal bassoonist on the Memphis Repertory Orchestra's inaugural CD of works by Dvorak and Tchaikovsky. He has also appeared on a wide array of television shows, including Oxygen's "Snapped: Killer Couples", TV One's "Fatal Attraction", and Fox's "Glee".

This event is co-sponsored by the Fine Arts Center. It will be approximately 60 mins with time for Q&A. Visit the Speaker Series webpage for more information and to learn about other events in the series.