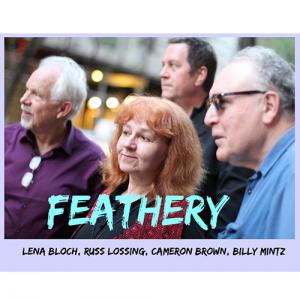 The ensemble will present compositions from its album "Heart Knows" (Fresh Sound, 2017) and some new works.

Based on free improvisation, Feathery's musical approach consists of blurring the lines between composition and spontaneous invention, between written and improvised sections, resulting in a story-telling continuity, with a sense of mutual trust and freedom. The ensemble's name refers to lightness, flexibility, readiness to drift in new directions - like a feather in the wind.

It can be said that Feathery has achieved a unique sound, in the words of Dan Morganstern: "It is a rare and most pleasant surprise to encounter music that is new and different and find it instantly likable. This is truly musical togetherness, creating a sound all its own."