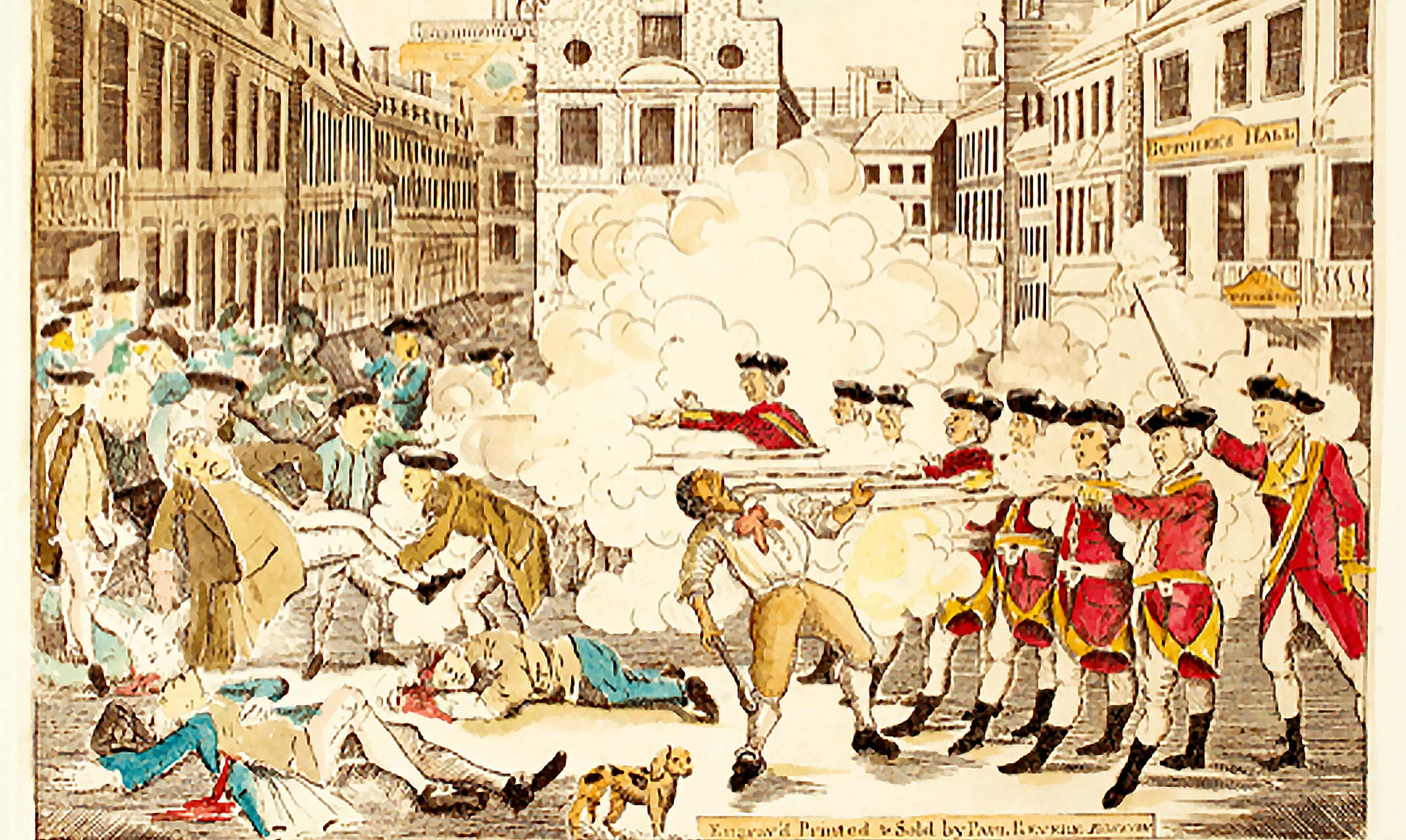 On the 250th anniversary of the Boston Massacre, activist-artist Bob Tomolillo ’74 has replicated Paul Revere’s famous 1770 copper engraving—with one significant change. The scene now includes Crispus Attucks, the Black man historians believe was the first person to die in the American Revolution.

“This is revisionist history,” Tomolillo says of his piece, Boston Massacre plate engraving with Crispus Attucks. He notes that Revere’s original engraving did not portray Attucks. “A lot of history is written from a personal standpoint, and so the more voices we have that can tell the true story, I think, we are better off as a society.” 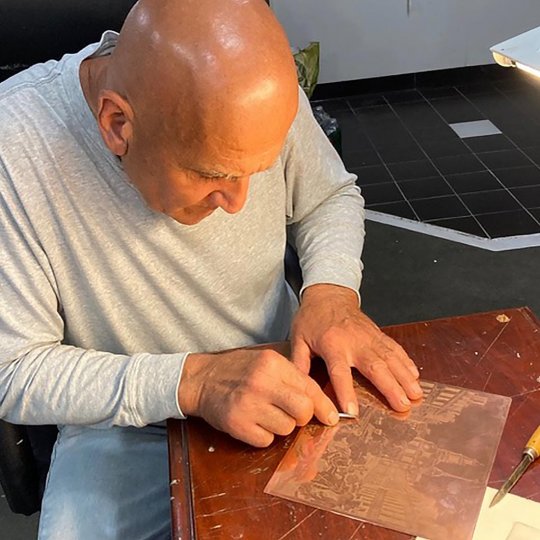 Tomolillo traces his creative beginnings to his undergraduate days as an art major in the early 1970s. One of his first forays into activist art was crafting Richard Nixon face masks used by protestors at anti-Vietnam War rallies.

The prints from Tomolillo’s engraving are the first project from a new printmaking facility at Artists for Humanity, a South Boston nonprofit organization that offers paid creative jobs to young people. The print will also hang at several museums, including the Museum of Fine Arts, Boston.

‘To Tell a Story Is Empowering’ 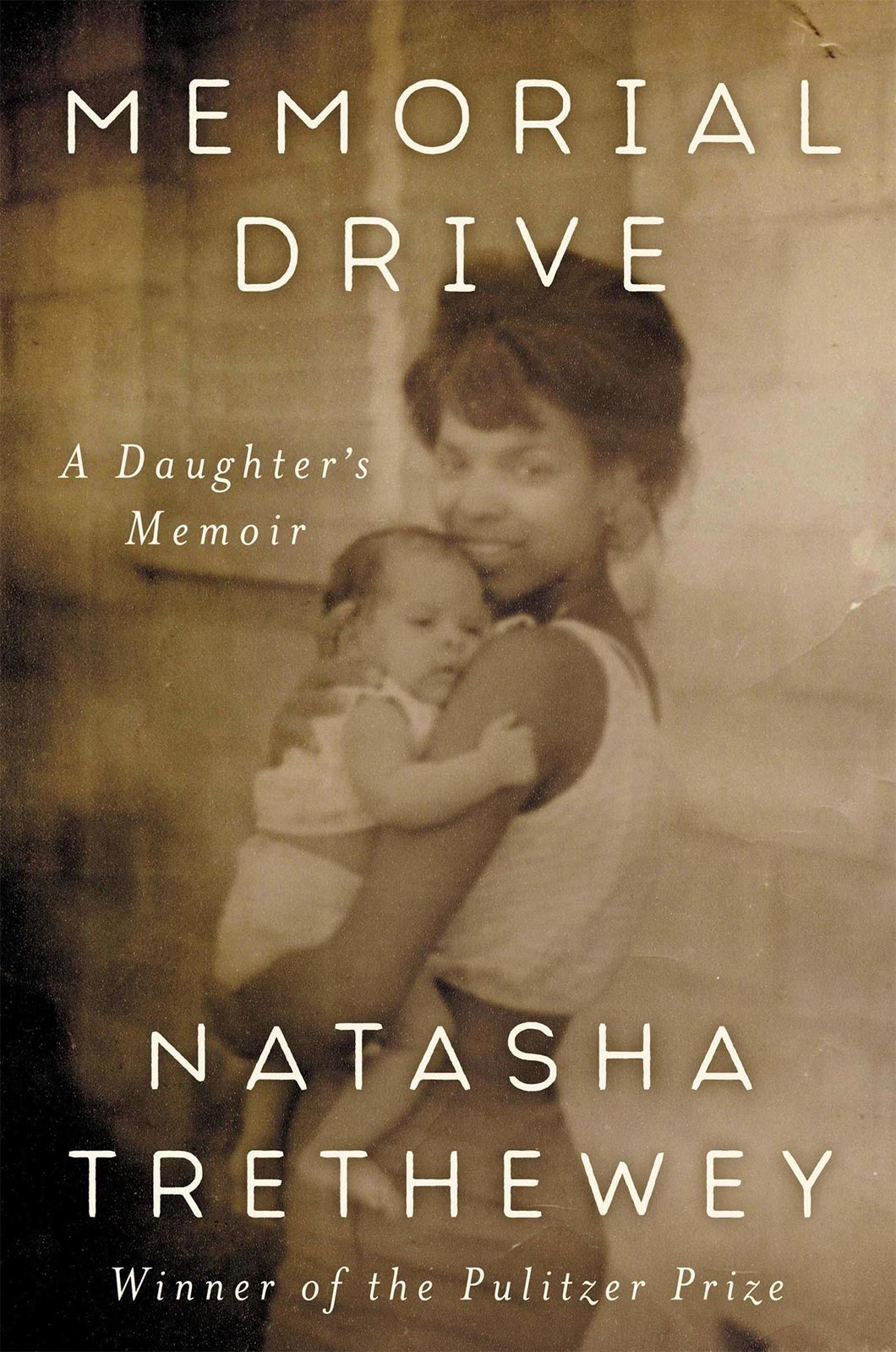 Natasha Trethewey ’95MFA, two-time U.S. poet laureate and Pulitzer Prize winner, released her latest book, Memorial Drive: A Daughter’s Memoir, earlier this year. The book recounts her mother’s murder at the hands of an ex-husband and the ways that trauma shaped Trethewey’s life. She acknowledges her mother as “the reason that I am a writer,” and said in an interview with PBS, “We all tell ourselves stories about our lives, whether we’re writers or not. That’s the way that we give meaning and purpose and shape to what seems chaotic, random. Being able to do that, to tell a story, to tell one’s own story, I think, is empowering.” 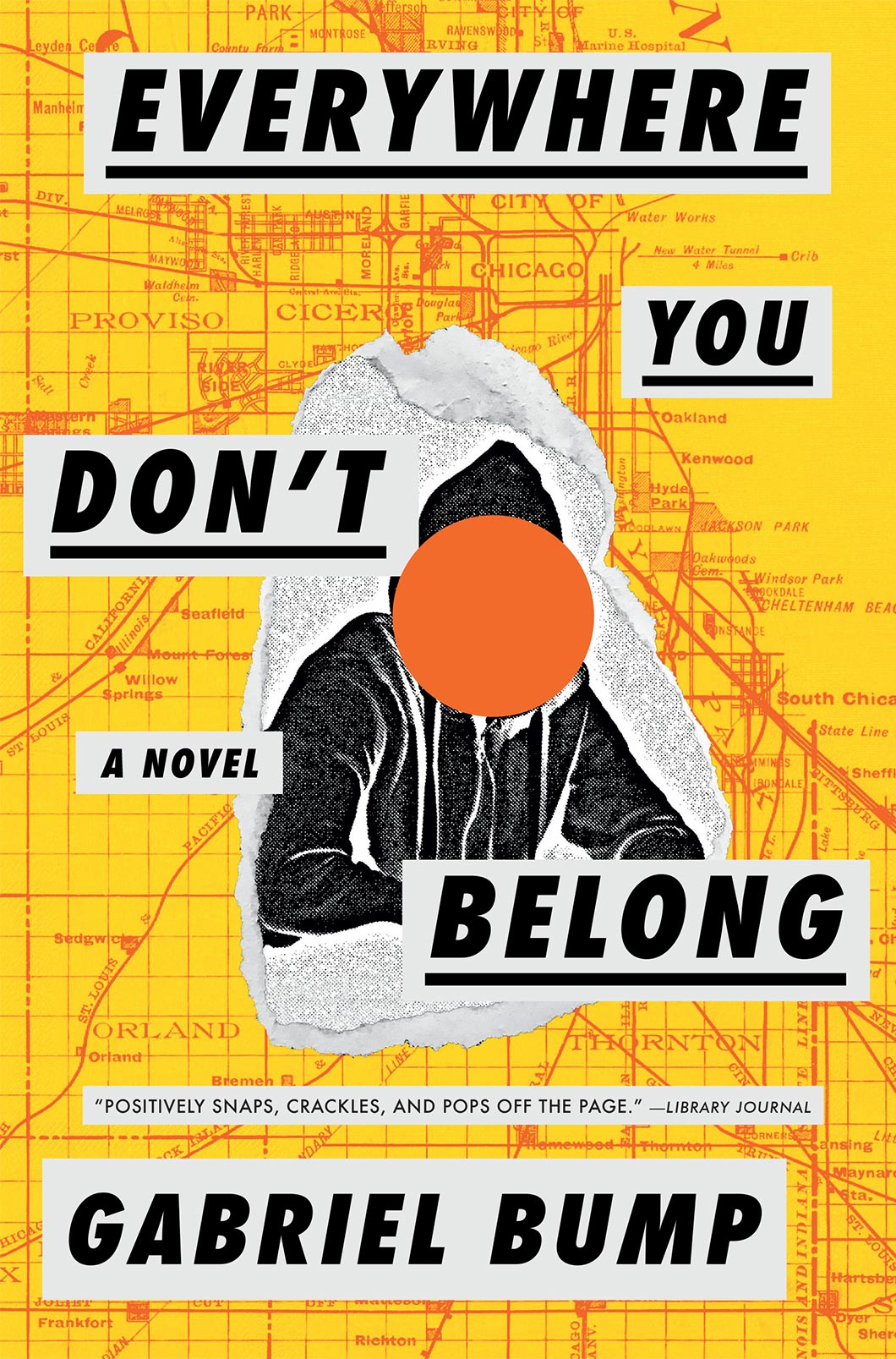 The debut novel from Gabriel Bump ’17MFA, Everywhere You Don’t Belong, has been called “astute and touching” by Publishers Weekly. The novel, most of which was completed during Bump’s time at UMass, tells the story of a young Black man coming of age on the South Side of Chicago. Though the book is fiction, Bump takes inspiration from his own life and says, “I wanted to tell this story because I felt like Claude [the main character] and I come from a misunderstood place. It’s not necessarily that I wanted to show that part of the world in gritty realness, but I wanted to have magic and funny aspects. I wanted to find a balance.”

Two beloved UMass coaches—who led their teams to numerous championships and nurtured athletes for success in and outside of their sports—recently retired. 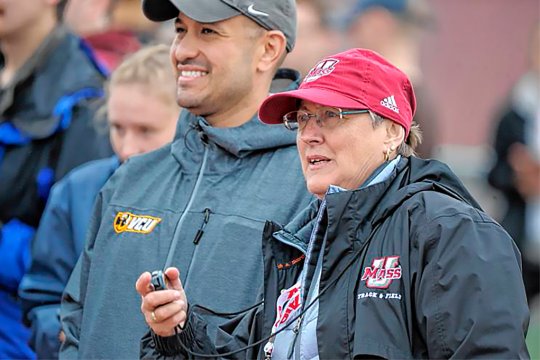 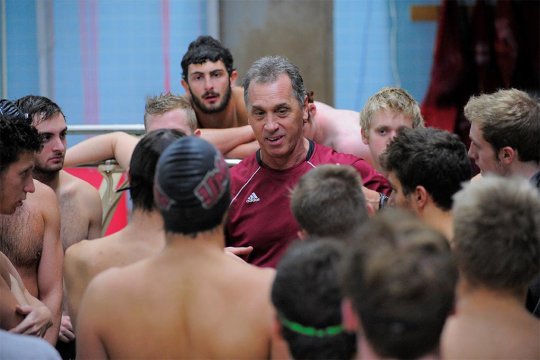 Russ Yarworth ’78, ’84MS bade farewell as head coach of the men’s swimming and diving team, ending a 41-year career that began in 1979. Yarworth led his teams to 16 Atlantic 10 Championships and won accolades as Atlantic 10 Coach of the Year 14 times. For the first time in 35 years, Yarworth enjoyed his summer without running a swimming camp and is taking time to contemplate his next steps. 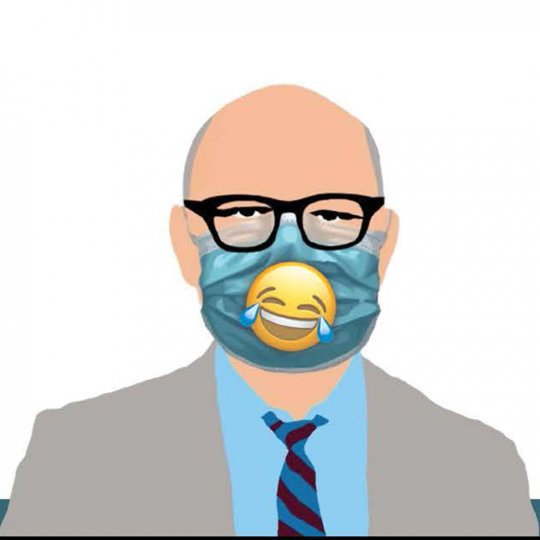 Rob Corddry ’94, winner of four Emmy Awards, didn’t like feeling powerless against the pandemic. So he did what he does best: He joined other comedian friends and made the video “Funny You Should Mask” to generate laughter and to raise funds for donating PPE to hospitals and health care workers in need. 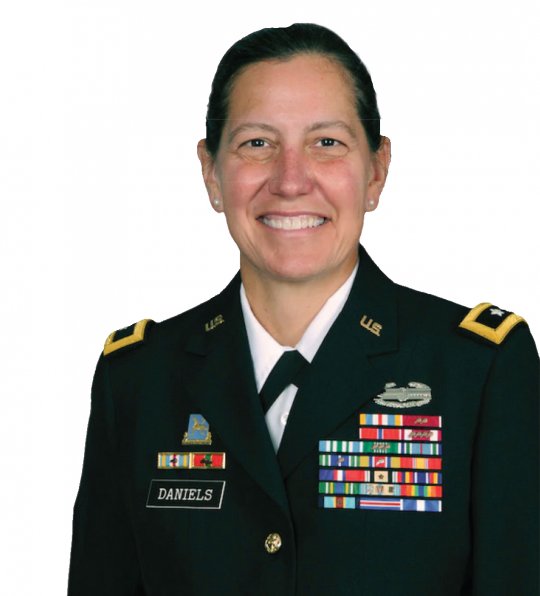 Lieutenant General Jody J. Daniels ’93MS, ’97PhD received her third star and became the first woman to serve as the chief of the U.S. Army Reserve in its 112-year history. Before her more than three decades of Army service, she attained her doctorate in computer science and worked for Lockheed Martin. “I want to foster a mindset of teamwork, continuous learning, and growth,” Daniels told the Army Times. She now leads nearly 200,000 soldiers and civilian employees stationed in all 50 states and around the world.

George Epstein has had not one, but two successful careers. He retired from his first calling in 1991 as an accomplished engineer in the aerospace industry. His second calling is poker—he is now writing his fourth book about it.

Irma McClaurin ’76MFA, ’89MA, ’93PhD is assembling a robust collection of papers and ephemera of Black feminists for the archive that bears her name and resides at the W.E.B. Du Bois Library. This year McClaurin was awarded a $15,000 grant from the Wenner-Gren Foundation for Anthropological Research to help expand the archive.

Ellen M. Snyder-Grenier, an award-winning exhibition developer, curator, and writer, had more interesting information about the storied Henry Street Settlement House in New York City than she could fit in the exhibition she was planning. So, she captured the story in a highly acclaimed book, The House on Henry Street: The Enduring Life of a Lower East Side Settlement, featuring a foreword by Bill Clinton.

Philip Schinman is a painting contractor extraordinaire who has worked on some of the famous Painted Ladies of Alamo Square in San Francisco. One of Schinman’s latest projects was featured in Dwell magazine. And no wonder: He used nearly 400 gallons of paint and took 2 1/2 months to cover a stairwell with 17 coats of a perfect, electrifying blue.

William R. Li, accomplished publishing, branding, and business development executive, now taps into his childhood lessons about the power of sharing meals for his latest venture. He is co-host and co-producer of Lucky Chow, a PBS series that salutes Asian Americans by making food a centerpiece of each episode.

Lara Herscovitch, a songwriter, performer, and former Connecticut State Troubadour, continues to impress fans and critics with the power of her voice and verses. Her latest album, Highway Philosophers, has “big-hearted lyrics that embrace the sum of life, sour to sweet,” wrote one reviewer.

Erin McDermott was appointed athletic director at Harvard, the first woman to lead the largest varsity sports program in the country. Her appointment came with high praise from Harvard officials: “Erin knows better than anyone the power of a strong community united by common values.”

Caroline DuBois, a poet and author, wrote her first novel in narrative verse. The Places We Sleep is a coming-of-age story set during the tumult of 9/11. DuBois is also an educator, and in 2016 was named the Nashville Blue Ribbon Teacher for her commitment to students and her excellence in teaching adolescents.

Emily Amico drew her inspiration to become a nurse from being hospitalized as a child. She is now a public health nurse for the town of Southborough, Massachusetts, where she is on the front lines of COVID-19 prevention efforts.

Hope Zelinger, a former top lacrosse player at UMass, scored big in another arena: She is the first woman and the youngest lawyer to be named managing principal of the Miami office of Bressler, Amery & Ross, a national firm.

Leigh Whiting-Jones switched career gears, from working for social justice organizations to teaching in public schools. She is now the principal of Pelham Elementary School in Massachusetts.

Sean P. Sullivan, an investigative reporter for NJ Advance Media—along with lawyers from the Last Resort Exoneration Project—helped expose the wrongful conviction of two Black men in Camden, New Jersey. The men were freed this year after spending 25 years in prison. Sullivan’s first newspaper job was with the Massachusetts Daily Collegian as a student.

Mallory Ottariano invested in a $100 sewing machine to start an Etsy shop out of her parents’ basement the day she graduated with a fine arts degree. Today she is CEO of Kind Apparel—a company based in Missoula, Montana, that designs and sells clothes made out of recycled materials, many printed with her own graphic designs.

Kevin Drew was appointed to the North End/Waterfront Neighborhood Council, a volunteer community organization that helps improve the quality of life for residents of Boston’s North End/Waterfront area by advising the city on issues from land use and clean streets to food and beverage licenses.