The Little Radio Station That Could

WMUA Then and Now

“When I was growing up, UMass was this city of cool kids that was in our town,” recalls Jim Neill ’86, who is now the marketing director at Iron Horse Entertainment Group and a DJ at The River (WRSI). “When I was a high school senior, some friends and I went to a WMUA meeting on a hillside just outside Marston Hall to see if we could get a show.” They did. And though he didn’t know it then, Neill’s career arguably began that day too.

Neill shares a radio origin story with many other alumni of the UMass student-run radio station, WMUA. Just ask Dan Ferreira, chief operating engineer. Some of the people who learned to edit tape from Ferreira have gone on to illustrious careers—think National Public Radio’s Audie Cornish ’01. “I’m pretty sure I taught her,” Ferreira says, “I can’t say I remember for sure.” After all, he’s taught a lot of students—he’s been in this role for more than 30 years. When Ferreira first arrived, radio was still one of the biggest music platforms. That’s changed, both at WMUA and across the radio scene. “Radio is not what it was in the ’80s. It’s turning toward sports, news, and information,” Ferreira explains. One thing that hasn’t changed at WMUA is the ownership the students feel over the station. “They run it. Everything we do—things from as simple as what’s on the air to events to budgeting—they have full control.”

They run it. Everything we do … they have full control.

Director of Student Broadcast Media Carson Cornelius agrees, and says that connection extends beyond the student body. “There’s a strong passion for WMUA not just among students but among the community,” he says. Take Neill—he got his first show before he even matriculated at UMass. “Not all schools support their stations the way they do here,” Cornelius acknowledges. “Alumni are really actively engaged. We have quite a few prominent alumni that work in media and mentor students, make themselves available.”

Justin Maccagnan ’21, the current general manager, says that even in the past four years he’s been on campus he has seen the station change and grow. “I think WMUA has reinvented itself, looking forward to the future,” he says. One of those reinventions includes adapting to the world of podcasting; Maccagnan points out that their new Student Union space includes studios dedicated to podcasters.

One thing that hasn’t changed, Ferreira says, is its sense of intimacy. “When you get a call from someone listening or get comments on something you said, that’s a connection. With the more centralized location in the Student Union and a window to the master control room, now people won’t just hear it, they’ll see it too.”

1948: Fender releases the first mass-produced electric guitar / 650 AM, WMUA, is established on the dial 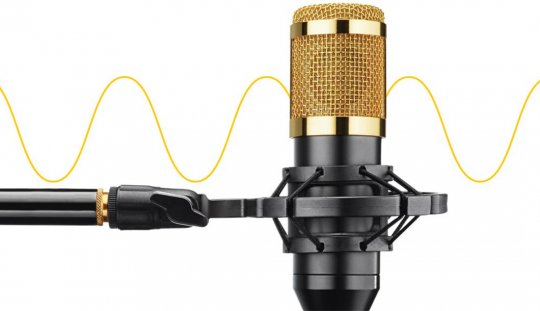 Stars of the Airwaves

Have you been on a subway in New York City? If so, you’ve heard the dulcet tones of Charlie Pellett ’77, widely considered to have the most recognizable voice in the city. Other WMUA luminaries include ESPN reporter Mike Reiss ’97; the late Dave Strader ’77, NHL play-by-play announcer; and sports talk show host Marc Bertrand ’07. Keep tuning in to find out which of today’s student broadcasters are headed for the big time.