The Roar of the Cardboard Crowd 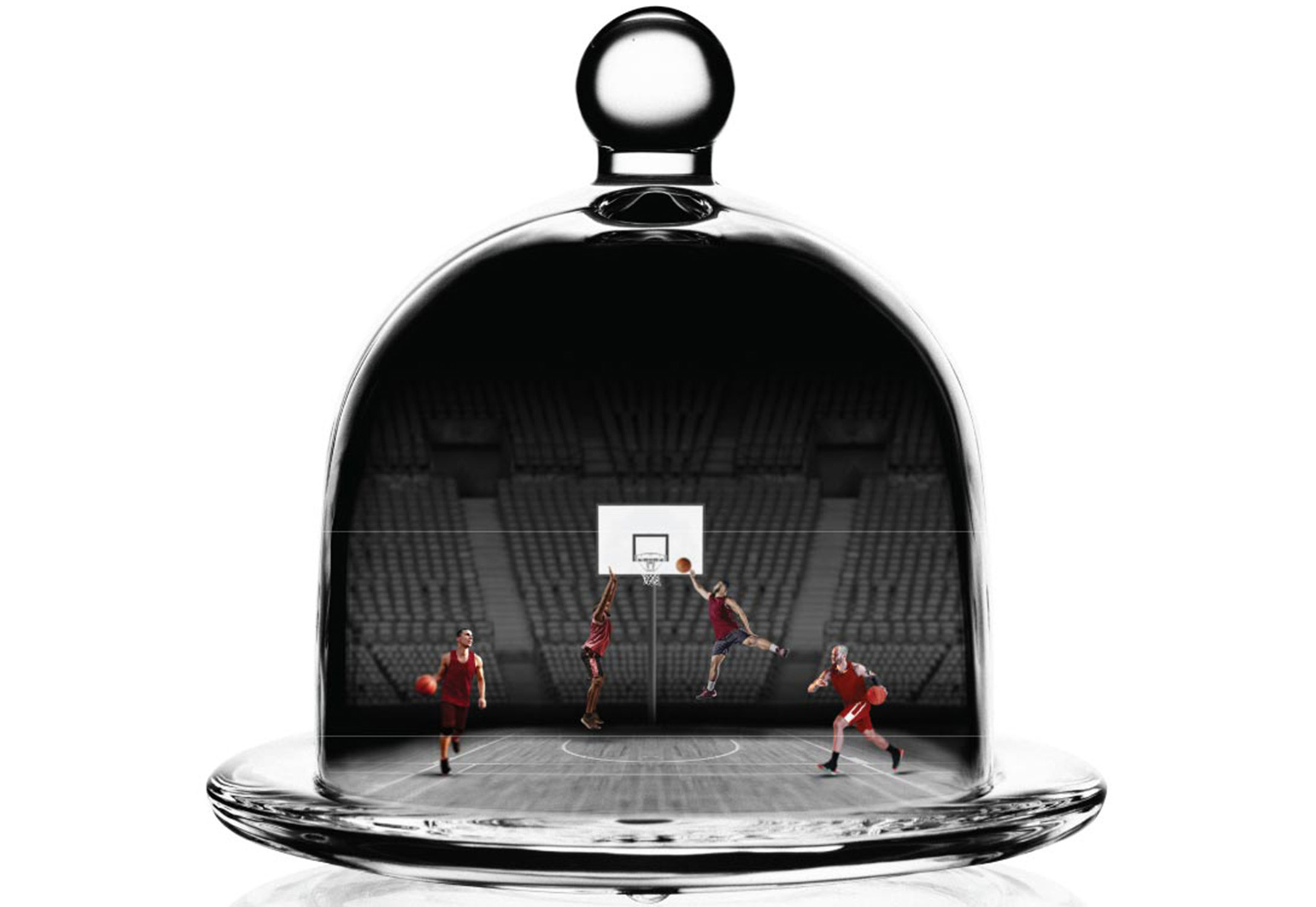 It’s hard to picture game day at the Mullins Center without cheering fans packed in the seats. What to do when you can’t root for your team in person?

To fill the void, UMass Athletics offered “The Home Suite” program—fans who would normally attend games filled their seats with two-dimensional 18-by-30-inch cardboard likenesses of themselves instead. “Despite not being able to host any fans, we wanted to keep a definitive game atmosphere,” says Matt Houde, assistant athletic director for communications and public relations. “We wanted to give fans a way to support their team and have the team feel that boost from the stands.”

Fans sent in photos of themselves in UMass jerseys, or photos of their kids, which were made into life-size cutouts and set up in the stands, mostly behind the team bench. Fans also received a photo of their cutout so they could see themselves in their seats.

UMass Director of Sport Psychology Nicole Gabana explains, “When you’re used to competing in certain environments, with the cheering and people in the stands, it brings up the energy of the room, which can be really motivating, and that’s why simulating that a bit with cutouts makes a difference too.”

Without fans, UMass women’s basketball guard Sydney Taylor ’23 says some energy is definitely missing. “Instead, we rely on each other, we rely on the bench and our teammates to hype each other up,” says Taylor. “We just try to keep each other confident and motivated since we don’t have the fans cheering us on. I think our bench plays a very key part, cheering, yelling, and standing up.”

When you’re used to competing in certain environments, with the cheering and people in the stands, it brings up the energy of the room, which can be really motivating, and that’s why simulating that a bit with cutouts makes a difference too.

According to Gabana, the pandemic meant a totally new ball game for student-athletes, literally. “There’s definitely a lot of anxiety, changes in mood, dealing with a lot of decisions,” she says. “And for those students graduating, feelings of sadness because their careers might not end up like they expected.”

There were some benefits of having fanless games. “Some athletes get anxious when there are bigger crowds,” says Gabana. “There’s more pressure, especially knowing there are lots of people in the stands watching. Then there may be hecklers making noise during foul shots. The benefit of having no one there depends on the individual athlete.”

Gabana arrived at a critical moment last May, amid COVID-19 shutdowns, and became the first full-time, dedicated sports psychology specialist for athletics. “The pandemic has presented challenges to athletes and coaches alike. Between the sudden changes in practice and game schedules, fears of COVID-19 itself, not being able to socialize as normal—there’s been no shortage of adversity,” she says. “But they’ve been very resilient and I’m excited to work with them as we get back to normal.”

As for when games open back up to fans, Taylor says, “We’ll be very excited. We’ll have people on our side cheering us on, but we’ll also have people on the opposing side, maybe some boos here and there. But it’s all part of the game, and honestly, the boos motivate me to work even harder.”

Show your spirit and support your team. Download a UMass Athletics Zoom background.