A Century in Service 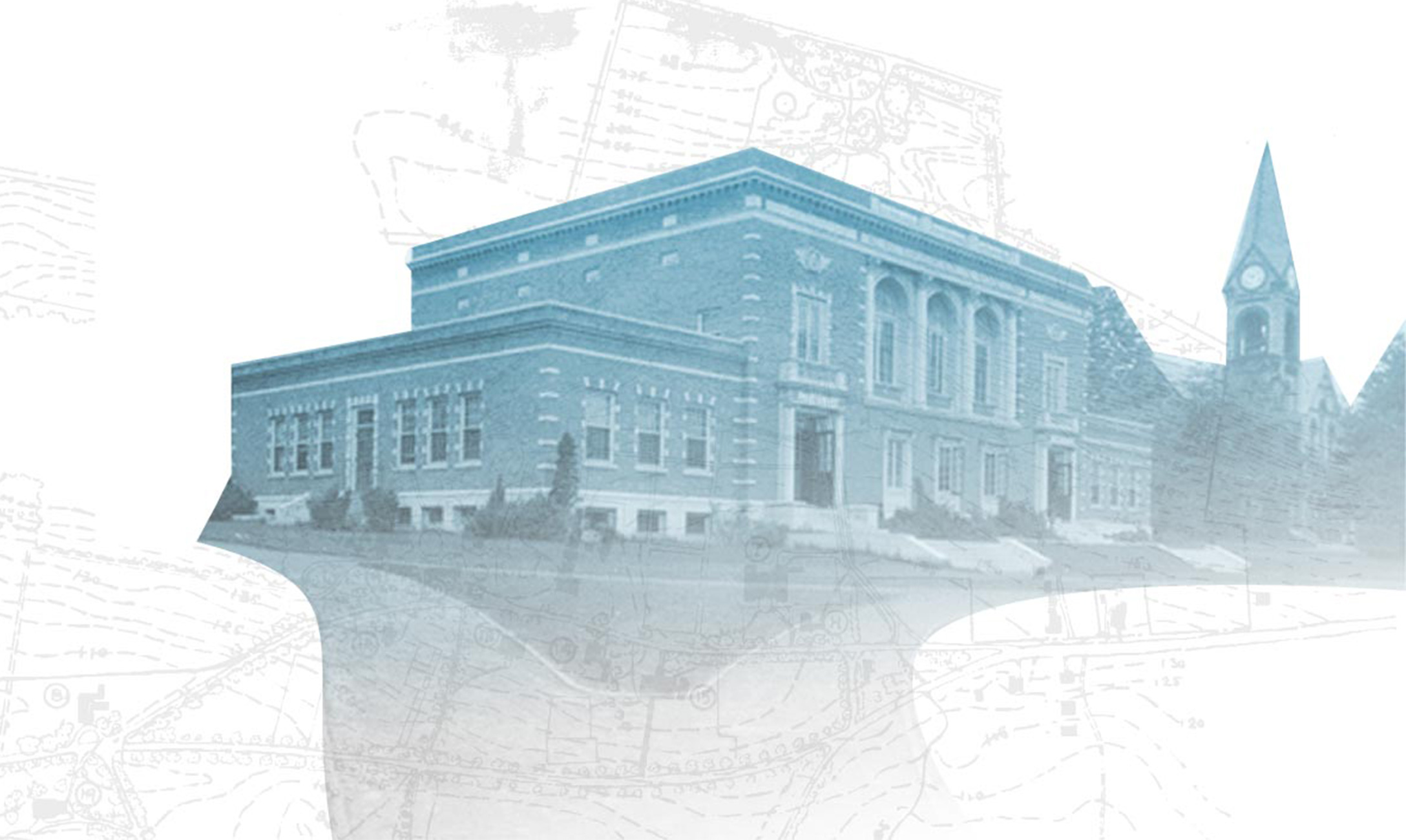 With the official end of World War I still months away, the dark clouds of war remained over Europe’s skies. Yet thousands of miles away in Amherst, Massachusetts, students and alumni were already taking stock of their fallen friends, classmates, and soldiers. How best to remember them?

Dean Edward M. Lewis invited a group of alumni to envision a campus building that would honor those who served—while also serving those who lived. The vision for Memorial Hall was soon born: an Italian Renaissance-style structure that would stand in remembrance to those lost and become a vibrant hub of campus activity. As planned, the structure would occupy a central place on campus, both culturally and physically. Located along a tree-lined road running past the Old Chapel and Campus Pond, Memorial Hall would become a de facto campus center, hosting concerts, theatrical performances, and dances for students and alumni alike.

For the construction to be viable, approximately $150,000 needed to be raised, which challenged students and alumni to show their financial support. The response was effusive—in a single day in 1919, students raised nearly 20% of the funds needed. The class of 1905 boasted a 100% donation rate. Alumni held fundraising dinners across the country and leaned on their colleagues in deliciously direct appeal letters: “It isn’t the fact that you haven’t pledged $500 toward our Memorial that hurts,” reads one, “it’s the fact that you haven’t pledged a cent … At least do break the silence and write us something.” (A $500 donation in 1919 translates to roughly $7,600 in 2021 dollars.)

According to Kim Sherman ’87BA, ’15PhD, outgoing president of the UMass Amherst Alumni Association, these early fundraising efforts represent the scrappy spirit that has come to define the university’s student body and alumni to the present day. “These were significant amounts they needed to raise and there was a sense that, as an alum, you have a duty to support this effort,” says Sherman.

Just two years after the idea for Memorial Hall was born, the building opened its doors to students, alumni, and the public in 1921. A century later, it has closed due to years of wear and tear, including a recent flood. In response, the Alumni Association and the university as a whole are working on plans to restore and reimagine Memorial Hall, to once again make it a hub of activity for alumni and students alike. “The story of Memorial Hall’s founding serves as a bookend to where we find ourselves today,” says Sherman. “Looking back on those early accomplishments, I realized that our alumni really haven’t changed that much, in terms of their tenacity and drive to get things done. In so many ways, the story of this building is the story of the UMass spirit.” 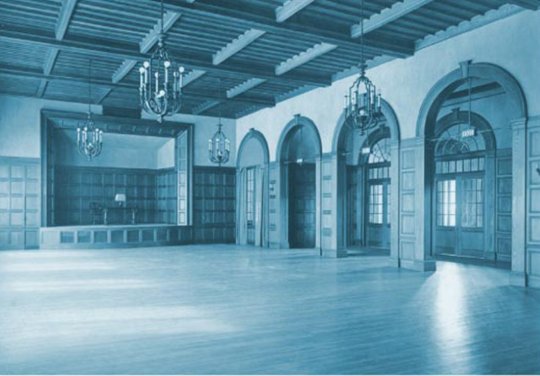 The Associate Alumni rally to raise funds for Memorial Hall, including 15 service members who donated their $100 veteran bonuses to the cause. Plans for the new building include inscriptions on the exterior facade memorializing three battles in Europe—St. Mihiel, Aisne Marne, and Argonne—as well as the names of the 51 service members lost in “The Great War” to be carved above the Memorial Room fireplace. When it opens in 1921—true to its mission as a campus hub—the hall offers students a ballroom, barbershop, post office, and bowling alley.

Memorial Hall opens its doors, above which is inscribed “We will keep faith with you who lie asleep.” 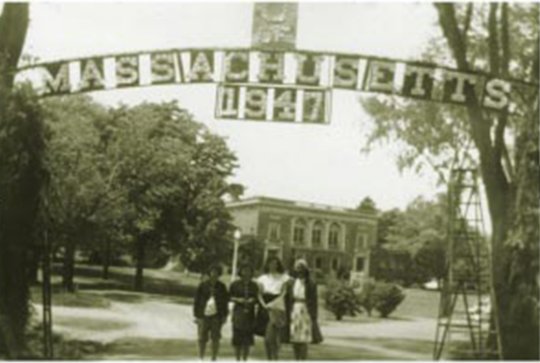 Children of those who served in WWI line up along Memorial Hall’s staircase, waiting to register to fight a new global threat. A total of 144 students and alumni joined the effort; 41 of them would not return. In 1962, the building is rededicated to the memory of those lost in WWII.

An ongoing Visiting Writers Series is launched by the university’s Master of Fine Arts program for poets and writers. In the decades to come, Memorial Hall hosts readings from renowned writers and thinkers, including Fred Moten, Joy Williams, and Charles Simic. Readings are open to the public and free of charge. 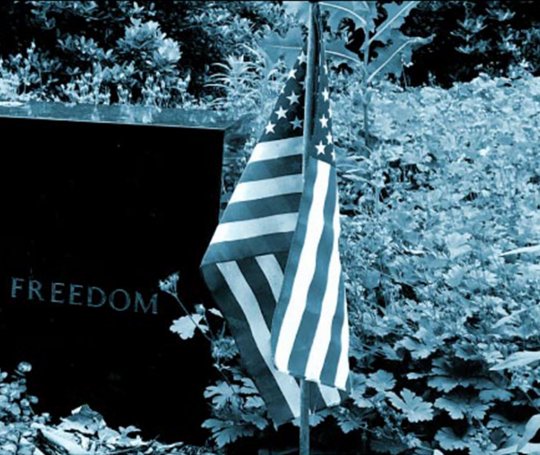 The newly formed Student Alumni Relations Society, now known as the Student Alumni Association, calls Memorial Hall home as a meeting and planning center. The class of 1968 installs a granite Vietnam War memorial on the building’s east side.

UMass ROTC holds its first Veterans Day ceremony in front of the building. Cadets lay a wreath in honor of those who have served their country, including members of the university community. This tradition continues today.

Ten UMass alumni are lost in the attacks of 9/11. A plaque commemorating their lives is installed. 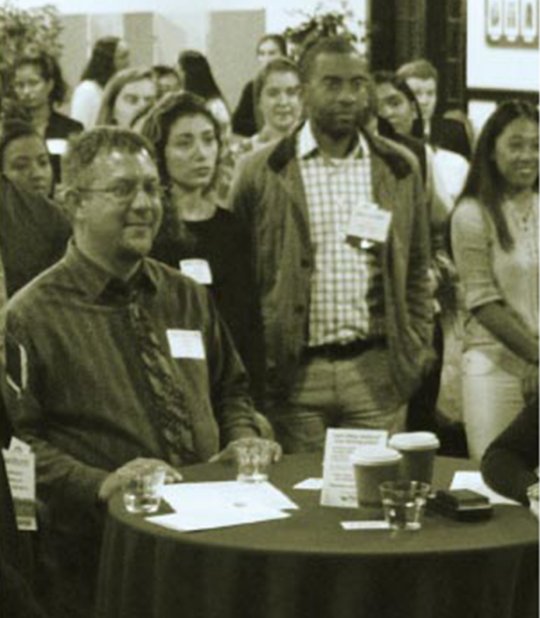 The Student Alumni Association holds its inaugural Student and Alumni Networking Night at Memorial Hall, giving alumni another chance to give back by sharing their expertise with current students. This event continues as one of the Alumni Association’s signature events.

After serving the campus community for nearly a century, Memorial Hall temporarily closed in 2020, in need of repairs befitting a building of its age. Though it celebrates its 100-year anniversary in silence, a renewed future awaits: Campus leaders are planning the restoration and reopening of Memorial Hall as a meeting place for past and present students. A century since its founding, this classical building and its visitors continue to, as is inscribed on its exterior, “keep faith with you who lie asleep.”

A Century of Distinguished Guests 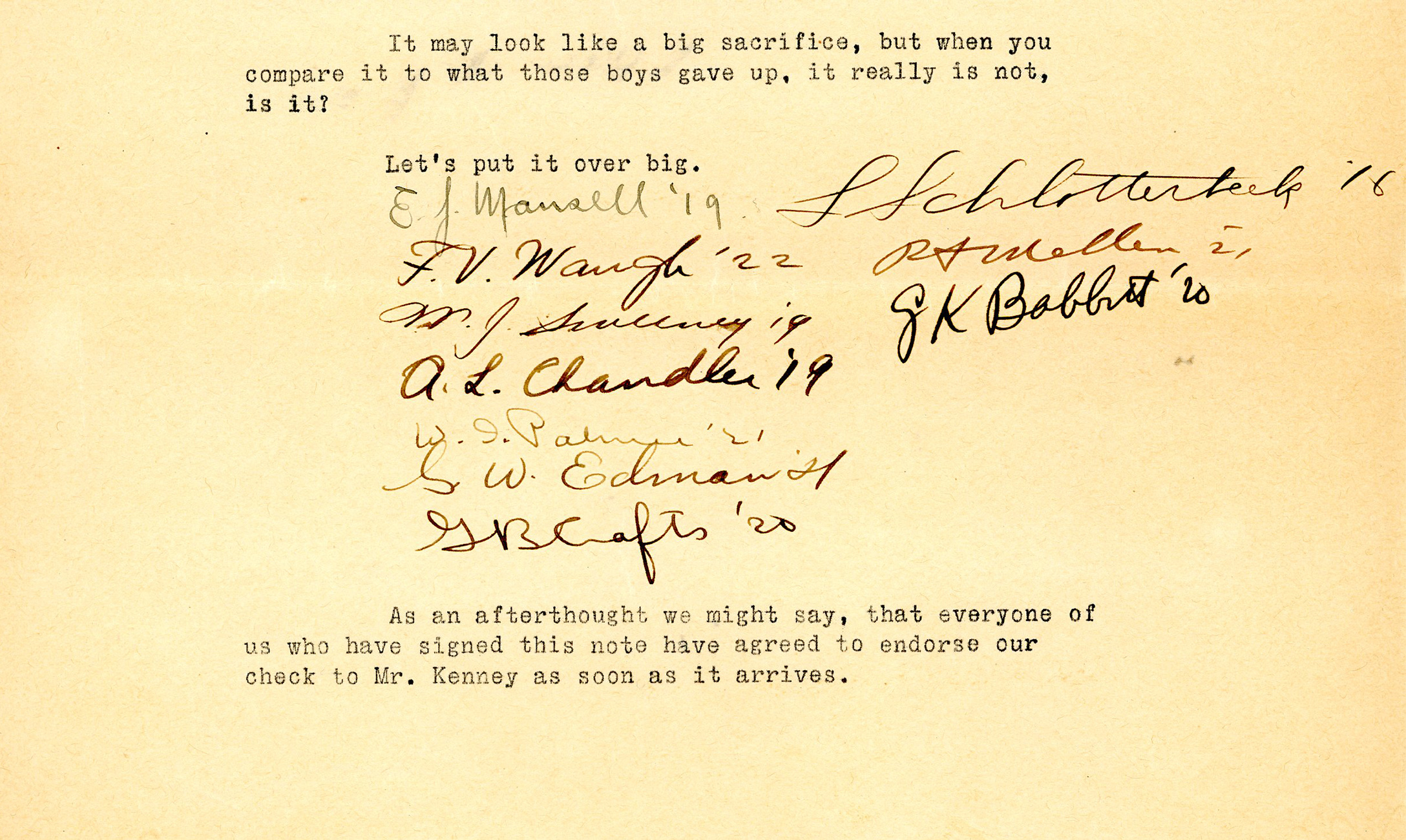 Fundraising letter circa 1919, courtesy of University of Massachusetts Amherst Archive

True to its founding mission, Memorial Hall has hosted countless thinkers and luminaries, including economists, politicians, performers, and world-renowned writers. From the Eleanor Bateman Alumni Scholar in Residence program that brings notable alumni back to campus for lectures and workshops to the Master of Fine Arts program’s Juniper Literary Festival and Visiting Writers Series, Memorial Hall has provided a welcoming venue for a range of notable visitors over the years. Below are just a few of the building’s distinguished guests.

John McCloy, 1962: U.S. Assistant Secretary of War and World Bank President. Visited Memorial Hall in receipt of an honorary degree from the university.

Tomaž Šalamun, 2007: Slovenian poet and author of more than 40 collections, known for surrealist and neo-avant-garde works.

Ocean Vuong, 2017: Vietnamese American poet and writer. Published in The New Yorker, The Nation, and The New Republic, this future UMass MFA professor spoke to a standing-room only crowd at Memorial Hall.