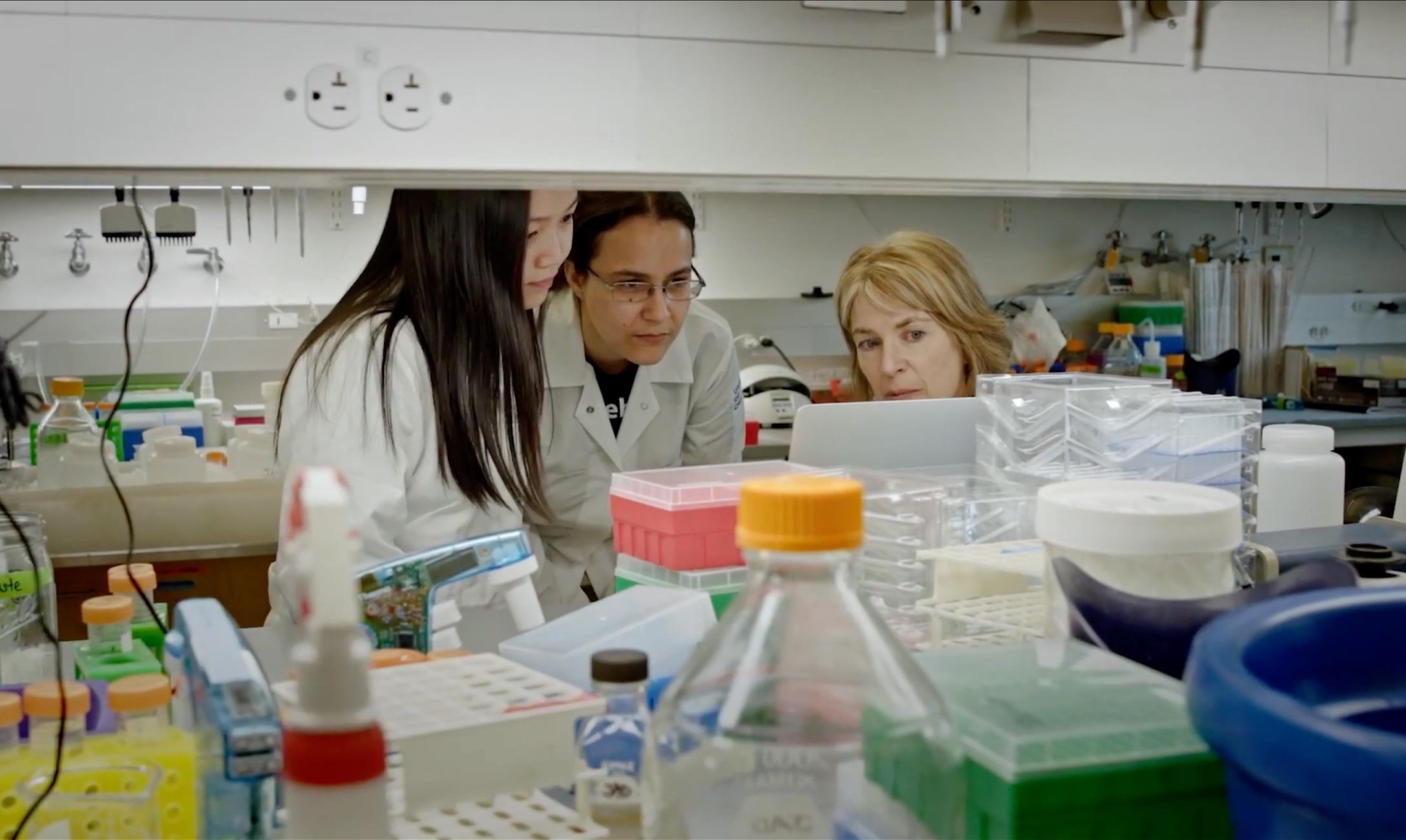 Huang (left) and Doudna (right) at work in the lab with a colleague (center). Photo courtesy Carolyn Huang.

Rewriting the code of life

In 2020, Emmanuelle Charpentier and Jennifer A. Doudna won the Nobel Prize in Chemistry for the discovery of the CRISPR/Cas9 genetic scissors, a groundbreaking tool for modifying genes. The tool has led to numerous breakthroughs, such as new treatments for cancer and other diseases.

Carolyn Huang ’18 works in Doudna’s lab at the University of California, Berkeley, and says that as a woman in STEM, she is proud to serve in an innovative, female-led lab. “Having a strong female scientist like Dr. Doudna as my mentor and role model has always been inspirational for my personal and professional growth,” Huang says.

Huang, who majored in biochemistry and molecular biology at UMass, was attracted to working in Doudna’s lab because of its innovative research on topics such as structural biology, biochemistry, and genetics. The lab is currently working on the biochemical characterization of the mechanistic details of type V CRISPR-Cas12 systems to understand their functions in nature. The scientists will use the information to develop more effective gene-editing tools.

Huang’s UMass experience played a big part in where she finds herself today. “The knowledge and skills I obtained while at UMass have helped me to transition to graduate thesis research work in the Doudna lab smoothly,” Huang says. 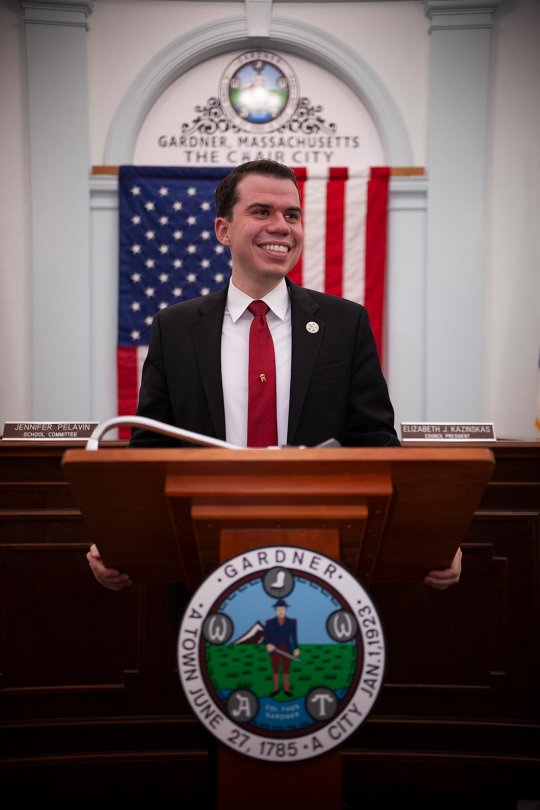 While working toward his dual degree in political science and history, Michael Nicholson ’16, ’17MPP did an internship in the mayor’s office in his hometown of Gardner, Massachusetts. There, he saw how much weight local politics has in the daily lives of regular people. The lesson hit home—Nicholson ran for and was elected mayor of Gardner in 2020, just a few short years after graduating.

In addition to his bachelor’s degree, Nicholson also completed the Master of Public Policy accelerated program at UMass. The opportunities he found here helped put him on his current path. “I took a lot of classes that I thought would add a unique perspective to the experiences that I was having at my internship and work,” he says.

As mayor of Gardner, Nicholson hasn’t forgotten what he learned about the impact of local politics on the city’s residents. One of his priorities in office has been to ensure a quality education for Gardner public school students during the pandemic through the purchase of laptops and internet connectivity devices.

Nicholson advises aspiring politicians to jump in early: “The easiest way to try it out is to get an internship and see what the office is like, and then give it your all and add your own perspective to your community,” he says.

Gregory Mauldin ’05, a UMass and National Hockey League standout, is the first Black coach for the USA Hockey National Team Development Program Under-18 team. “To work with some of the best 17-year-olds in the country, that’s hard to pass up,” says Mauldin, who himself started playing hockey at the age of six and went on to play professionally for 16 years.

Amy Scheer ’86, a sports executive for the last 25 years, is the new general manager for the Connecticut Whale, one of the founding teams in the National Women’s Hockey League. She plans to expand opportunities for players while increasing attendance at games and revenue for the team. “It is important that we continue to give women the opportunity to excel in sports at the highest level while showing young girls that anything is possible,” says Scheer. 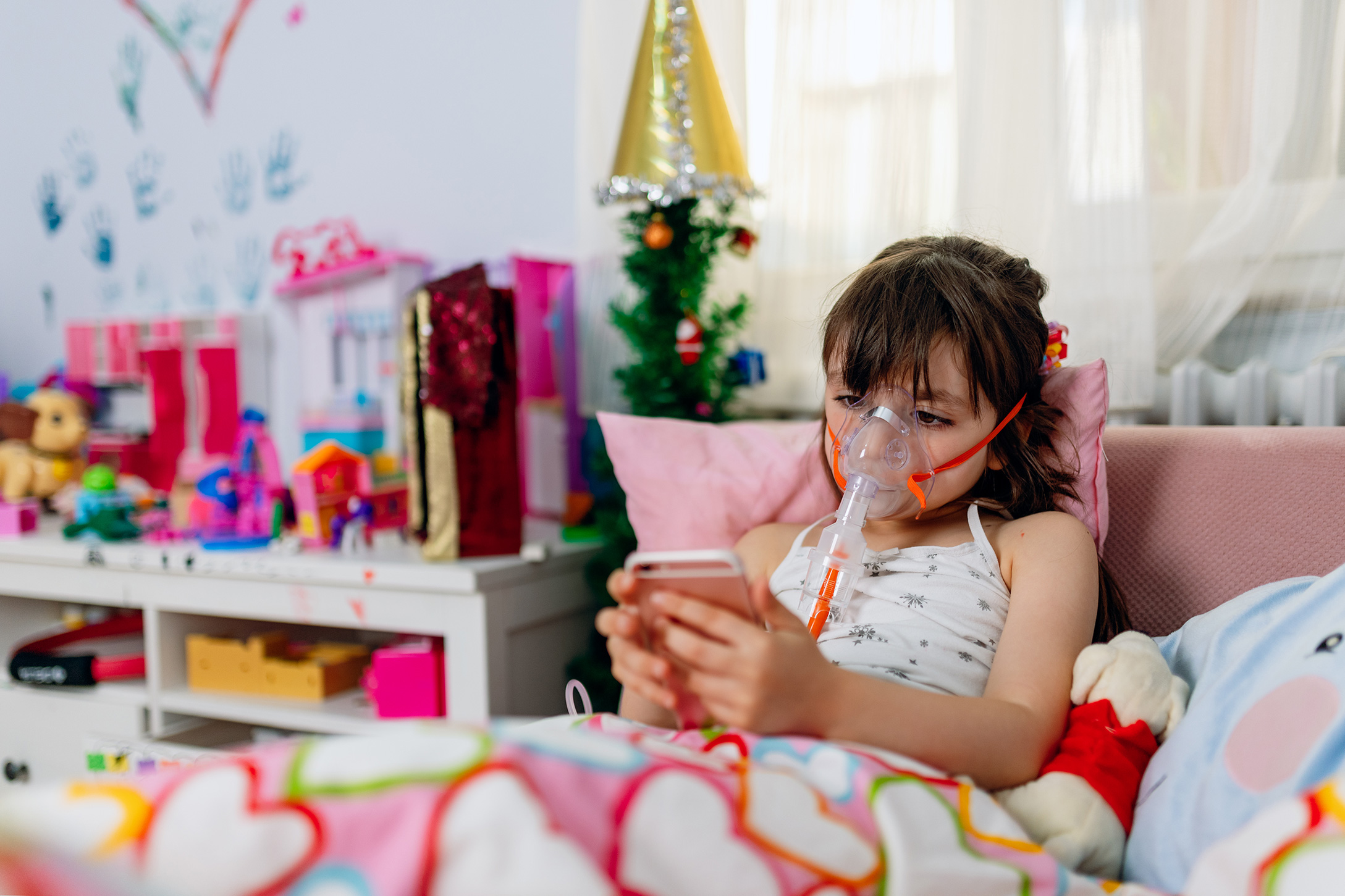 Asaf Halevi ’94 had to suspend the work of his foundation, Sheets From Home, when the pandemic hit. However, Halevi was back in the business of bringing smiles to children in cancer wards this past October. Sheets From Home provides sheets with superheroes and other kid-friendly designs to replace the clinical and kid-unfriendly white sheets used in patient rooms. Having his beloved Luke Skywalker sheets comforted and inspired his son during cancer treatment.

Martha Dalitzky is an interior designer who can now add published author to her résumé. She penned Around the World with Coronavirus to help young children understand the pandemic and the topsy-turvyness it brought to their lives.

Virginia M. Bastable ’89EdD, a math educator who has inspired students and teachers with her classroom teaching and math curricula, was inducted into the Massachusetts Hall of Fame for Mathematics Educators.

John Organ ’83MS, ’96PhD used the outdoors as his childhood playground where he nurtured a dream to become a wildlife researcher. Now retired after a high-impact career at the U.S. Fish and Wildlife Service, he was honored in 2020 with the Aldo Leopold Memorial Award from The Wildlife Society—the society’s highest award.

Dennis Pregent ’77MBA decided to write The Boys of St. Joe’s ’65 in the Vietnam War after long-lost memories surfaced at his 50th high school reunion in North Adams, Massachusetts. He tells the stories of seven high school classmates who enlisted with him, producing a memoir of interviews, original letters, and photographs reflecting a troubling time in the United States.

Marilyn Chin, a poet, translator, and educator who writes about her life as a feminist and Asian American, has won the coveted 2020 Ruth Lilly Poetry Prize and its $100,000 award.

Richard Mei, a career foreign diplomat, is now the U.S. Consulate General in Ōsaka, Japan, one of Japan’s largest financial centers and home to one of its most important ports.

Margaret Yacovone ’85MS, a U.S. Army Colonel and an internist and allergist-immunologist who oversaw immunization health care for nine million service members and their families, retired in 2020 and received the Legion of Merit medal for meritorious conduct and outstanding service.

Jeffrey Donovan, star of the seven-season Burn Notice, says of his latest movie, Honest Thief, “I saw a lot of heart. I thought the film was trying to go a little deeper than typical action popcorn fare.”

Jeremy Smith, the Daniel Ellsberg archivist at the W. E. B. Du Bois Library, has taken a fine-tooth comb to the 370 boxes of material Ellsberg preserved so students and scholars will have access to the riches that portray Ellsberg’s 60-year career in the military, the government, think tanks, and activism.

Daniel Rivera, formerly the mayor of Lawrence, Massachusetts, where he led a renaissance for the once-ailing city, was named president and CEO of MassDevelopment—an economic development and finance authority. Rivera is tasked with rebuilding an economy ravaged by the pandemic.

Nancy Hagberg ’96MS, a pediatric cardiac nurse practitioner, was humbled by the receipt of a 2020 Heart Hero Award, saying, “Through the nearly 40 years of my nursing practice, I have worked with many heart heroes—stronger, more resilient, and braver than I.”

Rene Ingoglia, former running back for UMass, the Buffalo Bills, and the Washington Football Team, and a football analyst for ESPN, has retired from the Orlando (Florida) Police Department after being a robbery detective for over 20 years.

Peter Cookson ’98MEd is a science teacher known for spellbinding students with experiments such as building ocean floors and watersheds to show the impact of pollution. He was named Fairfax County (Virginia) Public Schools 2020 Outstanding Elementary Teacher in acknowledgment of the imaginations he has ignited in the many students he has taught.

Michael Tarselli is much more than the new chief scientific officer at TetraScience Inc. in Boston. He also mentors students, donates to scholarships, volunteers for environmental causes, and faithfully practices sustainability—even using flour made out of crickets.

Keisha Tucker, a Hollywood stunt performer, wins gigs in movies such as Black Panther based on her daredevil skills like rappelling, high falls, and being launched by an air ram. Her latest work is in the action-thriller Tom Clancy’s Without Remorse.

Chloe Pollack-Robbins has a job that may not get her name in blazing lights but is essential to the success of Netflix’s Million Dollar Beach House, a reality show about a real estate firm in the Hamptons. She and her partner are the interior designers for the featured homes.

Karen Remley ’15MPH is now the director of the Centers for Disease Control and Prevention’s National Center on Birth Defects and Developmental Disabilities, with a $155 million budget. She says her “north star” has always been children and families.

Chrismery Gonzalez ’16, ’18MS has been named the coordinator of the newly created Office of Racial Equity in Springfield, Massachusetts. The city’s mayor cited her experience, education, and passion for improving the health of communities of color, and her steadfast work to dismantle racial and social injustices when announcing the appointment.

Kritika Pandey ’20MFA, whose short story The Great Indian Tee and Snakes is the winner of the 2020 Commonwealth Short Story Prize, wrote her first novel in high school, a book she says was “very bad” yet also a “confidence booster.”