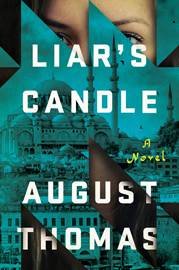 August Thomas has been writing fiction seriously since age 13 and enrolled in UMass as a Commonwealth Honors College student at 14, so it’s not a plot twist to discover that she sold her first novel to a major publisher when she was only 25.

Liar’s Candle is a spy novel with a twisty plot, set mostly in Ankara, Turkey, where its heroine, Penny, is an intern at the U.S. Embassy. “UMass was good to me. Having so many academic opportunities and graduating without debt made this book possible,” says Thomas, who had three majors (Italian, linguistics, and a Bachelor’s Degree with Individual Concentration in ancient worlds). She took her first Turkish class at UMass and was mentored by the late Elizabeth Mazzocco, a professor of Italian and director of the Five College Center for the Study of World Languages. Mazzocco steered Thomas to a government scholarship to study Turkish in Ankara after graduation. She later returned there as a Fulbright Scholar.

Thomas’s familiarity with Turkey, its language, people, glasses of scorching tea, and Hereke carpets gives Liar’s Candle verisimilitude. Thomas also strove for authenticity in her lead character. “I wanted to make sure Penny felt like a real young woman,” she says. “The most important thing I have in common with her is my limitations; she hears languages she doesn’t understand; she’s in situations she doesn’t get.”

And what situations: a terrorist attack, deception at the CIA, a daring escape from a monastery crypt, a car bomb—all keep you flipping the pages of Liar’s Candle.

Her editor, Rick Horgan ’80, helped her build suspense, says Thomas. Horgan, a vice president and executive editor at Scribner, has worked in publishing since graduating from UMass Amherst as an English major and has edited such best-selling writers as David Baldacci, Jeffrey Archer, and Bill Gates.  Of working with Thomas, he says, “It was fun to reminisce about campus with someone whose roots also go back to Bartlett Hall.”

Horgan says he has a soft spot for overmatched protagonists such as Penny in Liar’s Candle. He also was impressed by Thomas’s authoritative writing. “August is an A-plus student in many different ways,” he says, noting her research for the novel included reading an instruction manual for an Apache helicopter.

Thomas has just submitted to Horgan her second spy novel, featuring Penny in new adventures in central Europe, where Thomas has traveled. She has lived in Lake Como, Italy, and Edinburgh, Scotland, and is teaching herself some Russian—peripatetic fodder for thrillers to come. —Patricia Sullivan 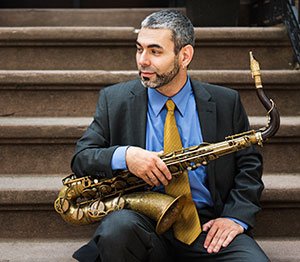 Felipe Salles has an audacious artistic vision to take his music in a new direction. Salles, associate professor of jazz studies, composition, and saxophone at UMass Amherst, is musically inspired by the plight of the Dreamers, those brought to this country as children who sought protection under DACA (Deferred Action for Childhood Arrivals). He imagines a new multimovement, multimedia work for jazz orchestra that draws on seven languages and five dialects widely used in the Dreamer community.

In April, based on his prior achievement and exceptional promise, Salles won a highly coveted award that will make his project possible—the John Guggenheim Memorial Foundation Fellowship. Only 173 scholars, artists, and scientists received the ultra-prestigious fellowships this year. Salles’s project, “Dreamers: The New Immigrant Experience,” will also feature a documentary video and still images. A native of São Paulo, Brazil, Salles melds influences from his homeland, jazz, and contemporary classical music in his compositions.

A new musical composition expressing the movement of gases within our home galaxy as musical notes, “Milky Way Blues” by UMass Amherst Research Professor of Astronomy Mark Heyer was featured on the website Astronomy Sound of the Month. To create his composition, Heyer developed an algorithm that transforms data about galactic gases into musical notes. “The musical expression lets you ‘hear’ the motions of the Milky Way galaxy,” he explains. “The notes primarily reflect the velocities of the gas rotating around the center of our galaxy.”

According to Heyer’s composition, which uses acoustic bass, wood blocks, saxophone, and piano to represent different gas phases, and maps the dynamics of the galaxy to a pentatonic minor blues scale, our galactic home is revealed to have a distinctly improvisational, jazzy flavor.

Milky Way Blues — Listen to the Sound of our Galaxy Rotating 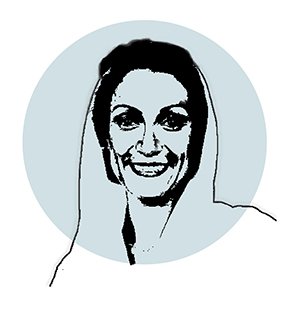 “Halfway through my career, I stopped focusing on achieving roles or positions and became more focused on serving a purpose, which has led me to the foreign affairs and diplomatic arena. I continue to use my sociology degree more than ever because I am explaining Saudi society, which is, like all societies, a composite of various institutions.” —FATIMAH BAESHEN ’02, on her appointment as the first female spokesperson for the Embassy of the Kingdom of Saudi Arabia to the United States. 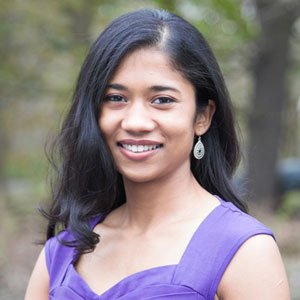 Kshaya Shanmugam ’12G, ’15PhD was named to the Forbes list of “30 Under 30” in health care. Shanmugam is the cofounder of Lumme, a UMass Amherst start-up company. Lumme makes innovative personalized tech that can help smokers quit.