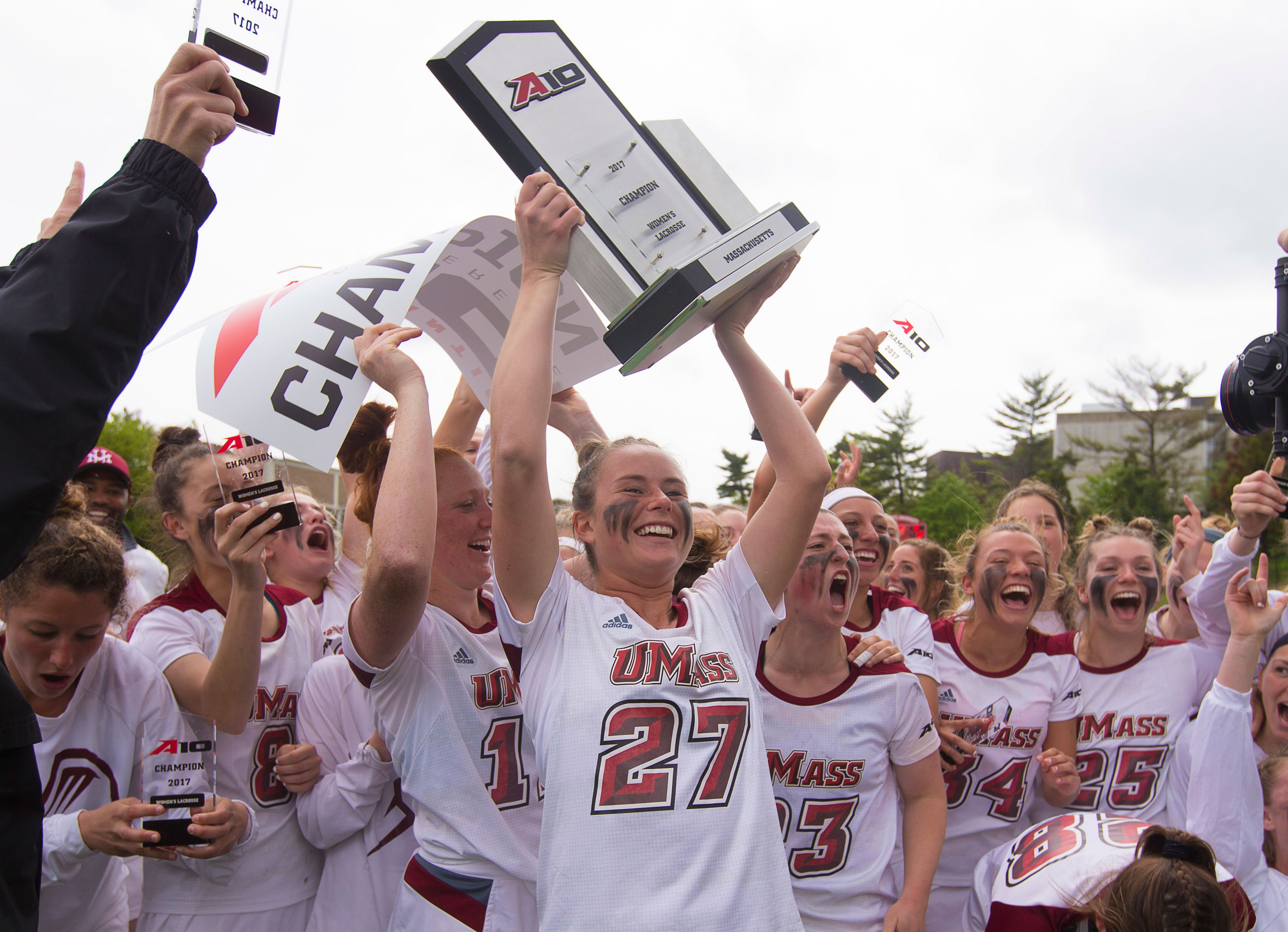 The UMass women’s lacrosse team captured their ninth straight A-10 title and earned their 12th trip to the NCAA tournament.

UMass Amherst student athletes scored big this spring on the fields, on the courts, and on the water, bringing home team championships and capturing individual titles with record-setting performances.

Athletics|Sports Talk
Back to top