Cutting-edge computing is poised to change the world

Quantum computing might be the most revolutionary technology you don’t understand—and rest assured, you are far from alone. Still early in its development, the field of quantum computing remains largely theoretical, and is predicated on laws and properties foreign to most. At the heart of this emerging technology is the qubit, a basic unit of information that subverts the traditional binary system by holding either a 0 or 1 state (or both) at any given time, allowing exponentially higher volumes of data to be processed compared with traditional computers. Got it?

Whether you’re a quantum theory expert or not, one thing is certain: quantum computing stands poised to fundamentally change the way we communicate, develop medicine, and solve many of society’s most stubborn problems—and we may not have to wait long to find out how. Recent breakthroughs in hardware and processing speeds have brought quantum theory closer to practice, and research centers are opening across the globe, including on the campus of UMass Amherst. But how will quantum computing tangibly impact the world of tomorrow? And how might we expect it to show up in our day-to-day lives? We asked quantum computing experts in the UMass community to share their predictions for this thrilling and nascent technology. 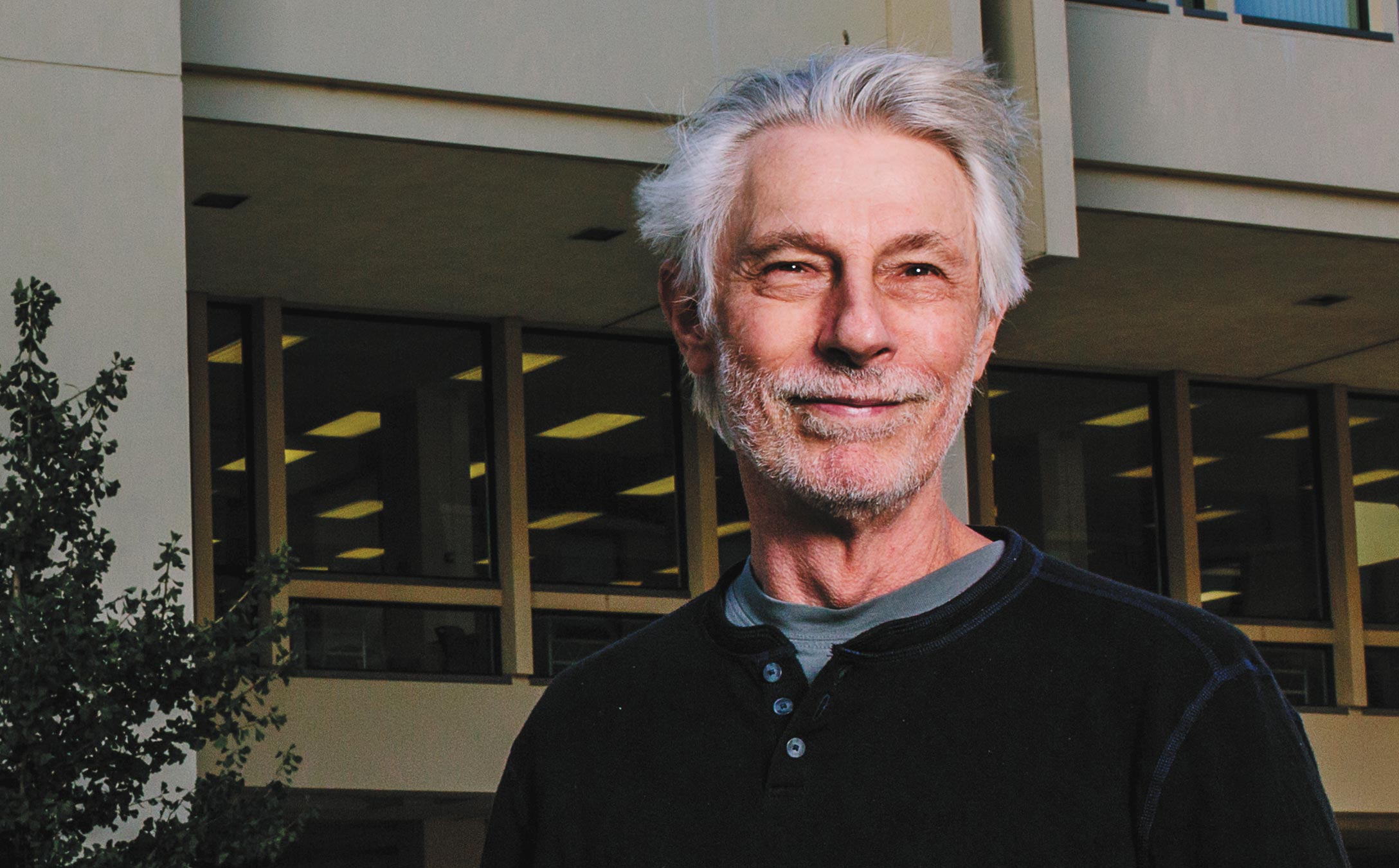 As an expert in the field of computer science, Don Towsley has become a critical voice in developing the infrastructure needed to bring quantum computing to a global scale. And like the development of the internet nearly 50 years ago, the first step is to get one quantum computer to talk to another and efficiently share quantum information. That’s easier said than done. “One of the challenges faced by quantum computing is that the information is very fragile, so you want to use it as quickly as you can before it falls apart,” says Towsley, noting a fundamental difference in the properties of traditional data versus quantum data. Currently, organizations like IBM, Google, and Microsoft are developing hardware that stabilizes quantum data, a key step in allowing information to be transferred securely through a worldwide quantum network that Towsley and his colleagues are diligently working to create. “In the next four years or so, I expect a number of test beds will crop up that will allow research groups to actually use quantum to run experiments,” he predicts. “And in 10 years or so, quantum should be available to companies and industries looking to solve optimization problems.” What sorts of problems does Towsley expect quantum computing to resolve? Astronomical observation, shipping schedules, and even climate change are just a few of the applications he believes have potential. “It’s just an incredibly exciting time to be working in this area, and it’s really in its infancy, in terms of the possibilities for society at large,” says Towsley.

Still waiting for the patio furniture you ordered last May? Snarls in the global supply chain may continue for the foreseeable future, but if Tina Anne Sebastian ’10MBA has anything to do with it, quantum computing may soon be part of the solution. In the face of a global shipping network fraught with logistical complexities, Sebastian and her company, Quacoon, envision a system made significantly smarter through quantum computing and artificial intelligence. But the first step is to create near complete transparency of the global supply chain, allowing a product’s pathway to be tracked from origin to end user—and recording each task along the way. “Let’s say that a manufacturer experiences a block somewhere along the line that is holding up raw materials,” says Sebastian. “We have quantum algorithms that will tell you where it is in real time and then suggest an alternative. That’s more than classical software can handle, and quicker than having a human try to figure out the issue after there’s already been a delay.”

Sebastian also believes the power of quantum computing can put greater choice in consumers’ hands by cataloging and presenting a global network of retailers and manufacturers that would otherwise be hidden. “If a user has a one-time need, we can make a connection to a manufacturer they’ve never heard of who may have better options at lower cost,” she explains. “And we can do so because of the underlying technologies of quantum and artificial intelligence.” 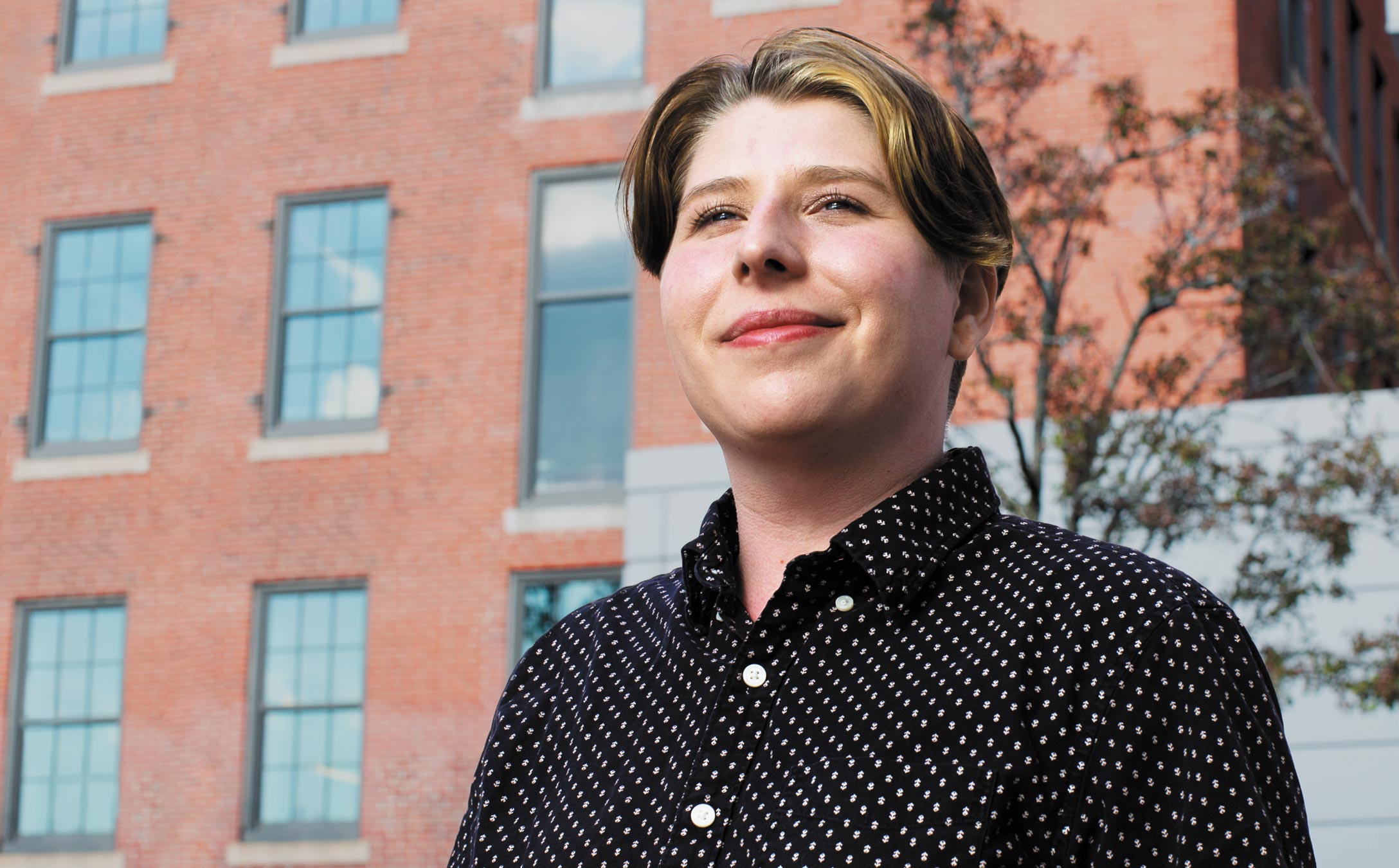 The race to break the code

For security engineer Ana McTaggart ’15, the future of quantum computing has all the hallmarks of an arms race. And just like a physical arms race, it matters who gets to the finish line first, particularly in light of quantum computing’s ability to break otherwise airtight data encryption. For example, the cryptosystem RSA is widely used to keep digital data secure, including in mobile banking applications and on many computer hard drives; however, quantum computing could render RSA algorithms deeply vulnerable. “It would take a classical computer, even a supercomputer, hours, days, or longer to break classical encryption, if it’s even possible,” McTaggart explains. “But a quantum computer could get you in much faster.” For this reason, they now consider quantum computing as a future security threat when working with some clients. “Your average user doesn’t have access to a quantum computer, but if you’re thinking about a governmental adversary, you should be thinking about quantum computing as an emergent risk.” Despite potential security threats, McTaggart is excited about the emerging technology’s potential benefits—in the right hands, of course. “We’ve seen hackers shut down pipelines with encryption viruses, and then require Bitcoin ransoms to release them,” says McTaggart. “But a quantum computer could break the hacker’s encryption, and then you don’t have to pay the Bitcoin—which would be huge.”

Putting research on the fast track

Based on the laws of quantum physics, quantum computers are especially well suited to research involving atomic or subatomic particles. “Anything that happens at the molecular level is best simulated in a quantum environment,” explains Shirin Montazeri ’18PhD, an integrated circuit designer at Google. “A machine that’s based on quantum mechanical behavior can simulate molecular interactions much more efficiently than a classical computer.” How does this translate to real-world impact? In the short term, quantum computers hold promise in developing new medications, which require the testing of countless molecular interactions for safety and effectiveness. Montazeri cites other innovations that require atomic-level research, including environmentally friendly fertilizers and energy-efficient batteries. “All of these applications require very heavy calculations in determining how different molecules interact, and if you’re working with a quantum processor, you’ll get much better results and more quickly,” she says. “This is really going to change the computational paradigm we use now.” 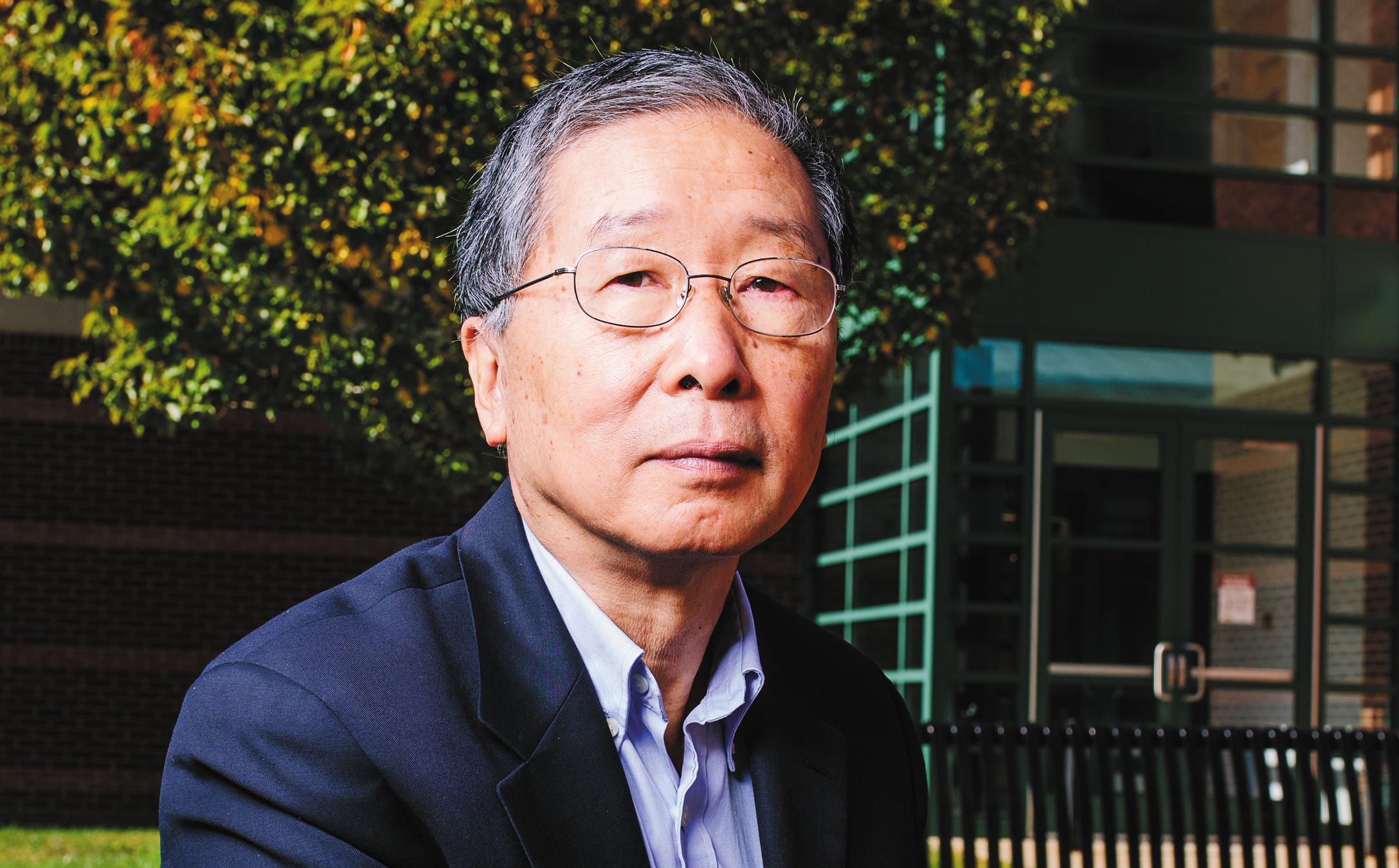 In the effort to bring quantum computing from theory to world-changing reality, UMass Amherst has officially taken a seat at the table. The university recently announced the creation of a seed fund to support quantum information systems research. The fund was spearheaded by an anonymous $5 million gift to support the development of a quantum network that will allow data to be efficiently and securely shared with researchers and innovators worldwide. To that end, the fund will foster collaboration between the Manning College of Information and Computer Sciences (CICS) and the College of Engineering, two disciplines integral to the development of a secure quantum internet. “A ‘quantum internet’ will help to solve currently intractable problems, and this gift will help to make that happen,” says CICS Distinguished Professor Don Towsley. The fund will support Towsley’s work on distributed quantum computing, as well as that of Distinguished Professor Weibo Gong. Funding has been earmarked to hire another quantum experimental faculty member in the future.