Grab That Dream by the Tail 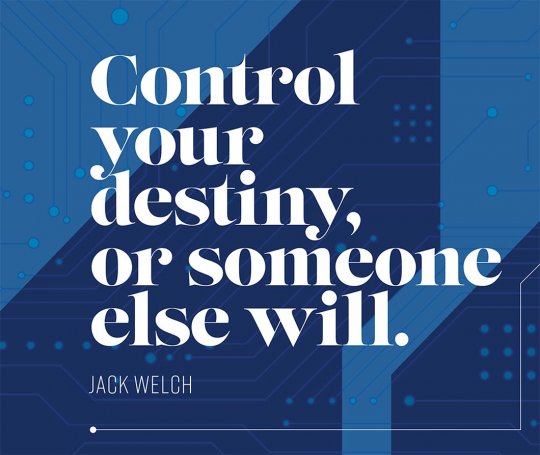 Born in Peabody and raised in Salem, Massachusetts, Welch was the first person in his family to graduate from high school. At UMass Amherst he excelled as a chemical engineering student, and he always attributed his meteoric rise at GE to the opportunities he seized on campus.

In 1981 he became the youngest CEO in company history—a position he held for 20 years—transforming GE from a lighting and appliance maker to a behemoth with thriving divisions in many industries, including financial services. As CEO, Welch implemented bold tactics that were often polarizing yet undeniably successful—GE’s revenue grew nearly fivefold under his leadership. 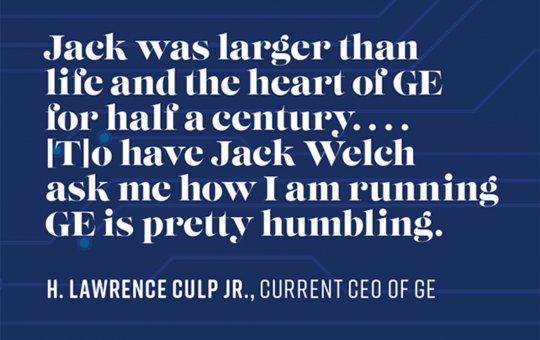 After Welch’s passing, Chancellor Kumble R. Subbaswamy issued a statement in which he acknowledged Welch’s deep connection to UMass, noting that “Jack and his wife Suzy have been great friends of the university, providing extraordinary support to our community and creating life-changing opportunities for students.”

Welch established the John and Grace Welch Endowed Scholarship Fund (named for his parents) to support promising Salem High School graduates admitted to UMass Amherst, to which he and his wife have given over $4.5 million. In honor of Welch’s retirement in 2001, the GE Foundation established the Jack Welch Scholars, donating another $5 million.

Welch’s work ethic made him an inspirational leader, and his legacy continues to propel the next generation of leaders getting their start at UMass. “Education is the American dream,” Welch said, “and UMass is still a great place to go grab that dream by the tail.”