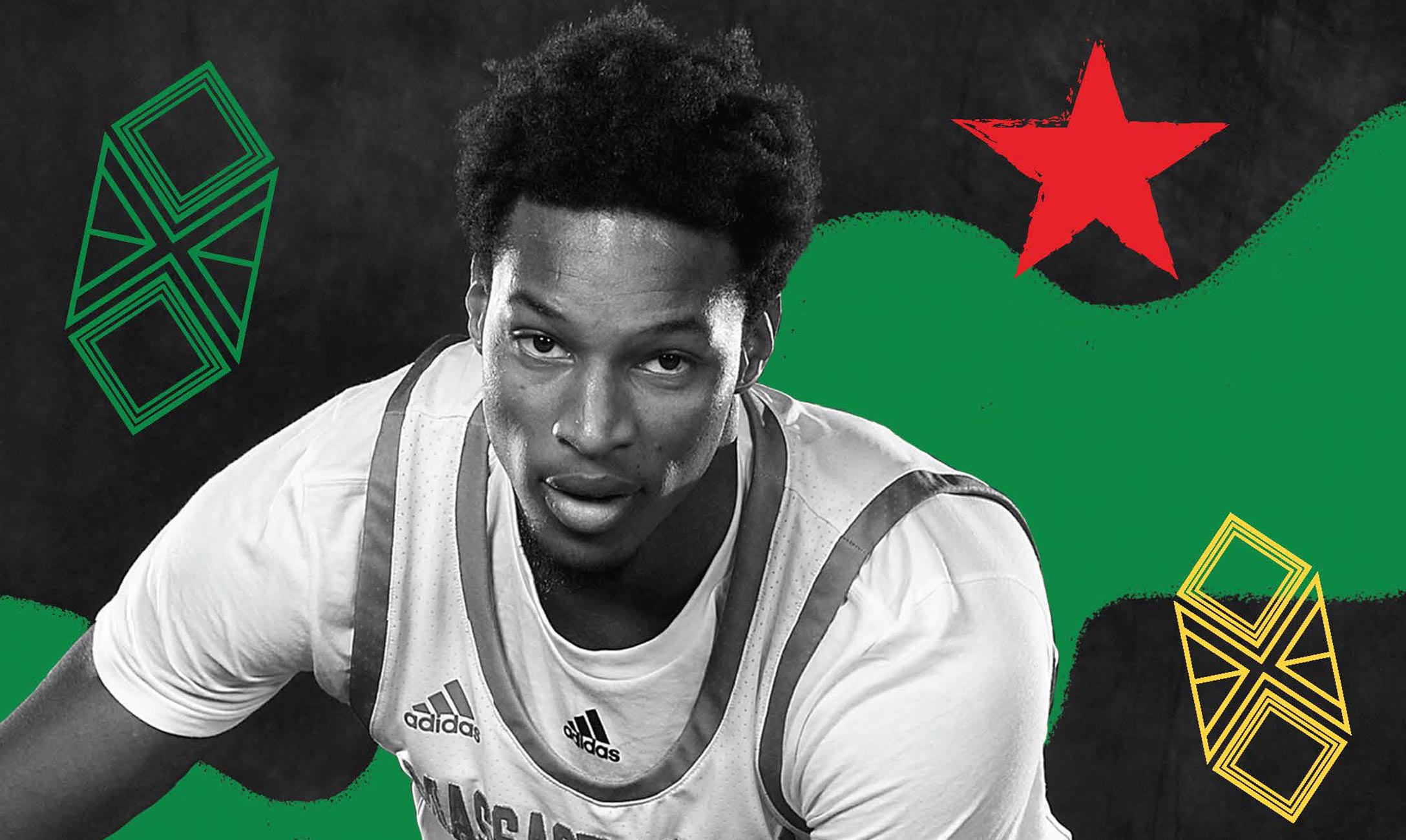 From his very first game as a UMass Minuteman, Samba Diallo ’22 looked at home. The 6-foot-7 forward showed fans the spark that had drawn the interest of more than 11 collegiate teams. You would never know he was coming back from an ACL injury and from a bittersweet visit back home.

Diallo grew up in the small town of Rufisque, Senegal. He and a friend took turns sharing a pair of shoes so they could play pickup basketball games with the other neighborhood kids after school. Diallo dominated their outdoor court and dreamt of pursuing basketball in the U.S. Through a series of fortunate events, Diallo was invited to finish high school in Sparta Township, New Jersey. He lived with a host family, the Breslins, and exhibited such enthusiasm and versatility as a player that he caught the attention of UMass Coach Matt McCall.

Once I step on the court, I’m going to give everything I have.

Besides his raw talent, McCall saw an incredibly positive spirit and work ethic during Diallo’s recovery. McCall wanted that kind of attitude on his team. “He was the first one who called me,” Diallo recalls. “He was like, ‘Hey, look, I know you’re hurt and this is going to be a long process. And I just wanted to let you know that we’re here to support you.’”

The summer after committing to play at UMass, Diallo flew back home to renew his visa. Upon his arrival, Diallo found out his mother was terminally ill. He struggled with the decision of whether to return to the U.S. or stay and care for his ailing mother. At the urging of his father and siblings, he flew back to the U.S. to begin training. It was during training for the first game of the season that Diallo learned that his mother had passed.

Now a sophomore, Diallo is known as the heart of the team. He makes a point of absorbing as much as he can from his coaches’ instruction and learning from the adversity he faces. During his games, he honors his mother by writing messages on his shoes like “RIP Mother” and “I know you’re in a better place” as a way to thank her for her support and sacrifice. Whenever he travels back to Senegal, Diallo brings a load of shoes with him for the kids in Rufisque.

Injury and loss have taught him to live in the moment. “Once I step on the court, I’m going to give everything I have,” he says. With that approach to the game, and to life itself, it seems inevitable that Samba Diallo’s story has just begun.

Samba Diallo: "This Is My Story"