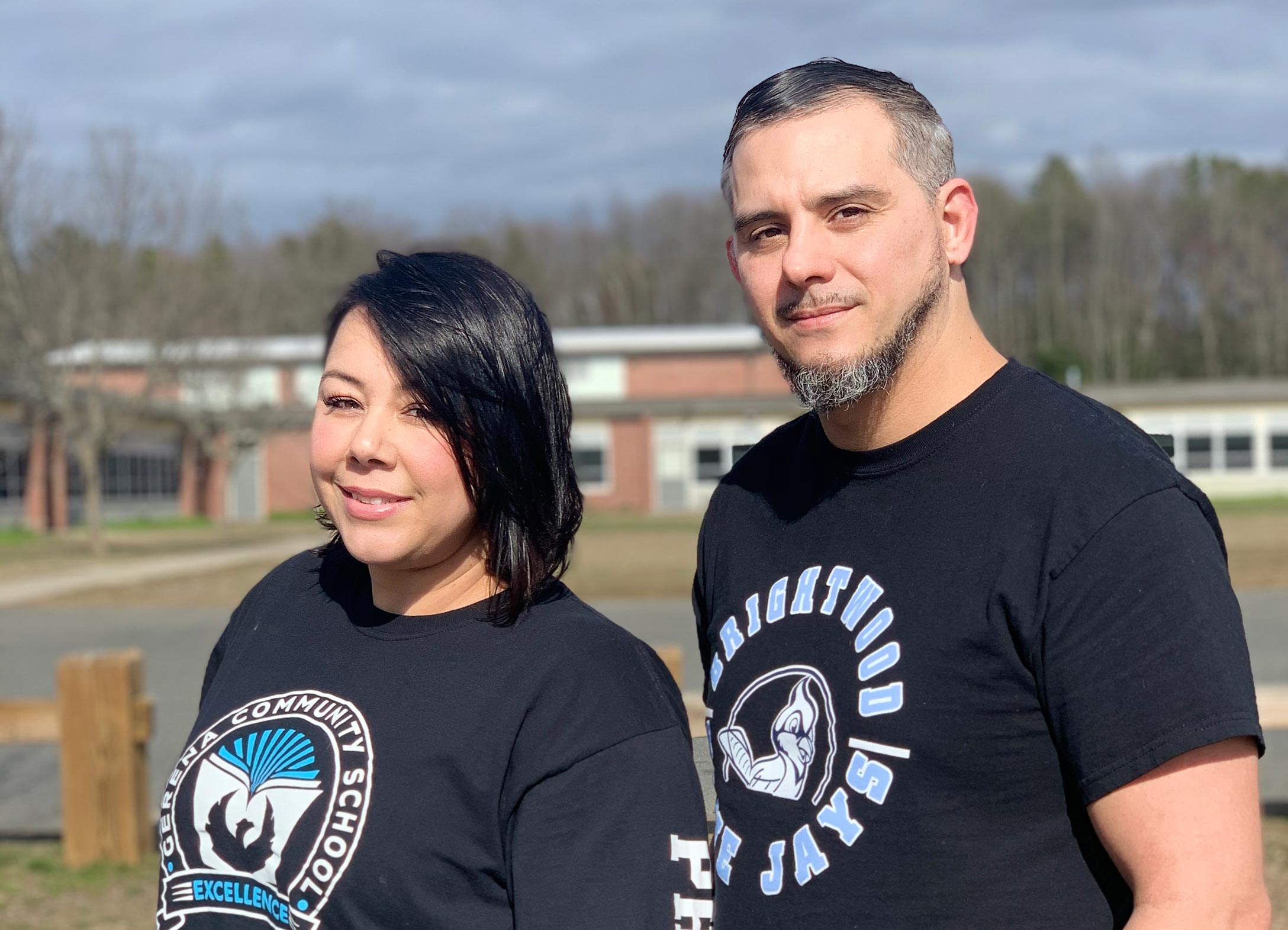 From First-Year Pledges to School Principals

Cynthia and Jose Escribano ’00 met 20 years ago during their first year at UMass. The two clicked over their shared involvement with student organizations: Jose founded the university’s first Latino fraternity, and Cynthia cofounded the university’s first Latina sorority. Both students held a love for the advancement of their community, stemming from their own experiences as children in low-income households.

Now they’re both principals of public schools in Springfield, Massachusetts—two of just three Latinx principals in the city’s school system.

“Being a child that grew up in poverty and my mom was a single parent, I always knew I wanted more,” Cynthia says. “Seeing that my mom didn't have very many options because she did not pursue her education—I knew that education was a way out.”

I can really relate to a lot of the things students go through here.

Now, as German Gerena Community School’s principal, Cynthia draws hope from educating students and “giving them the power to end the cycle of poverty so that they can start that change within their families.” Jose is principal at Brightwood Elementary School, where the realities of his students hit close to home, quite literally. “I grew up just a couple of streets away,” he says. “I can really relate to a lot of the things students go through here and really connect with the parents, students, and the surrounding community.”

The Escribanos used their time at UMass to develop their leadership skills and build a community among students of color, tools they now use every day for their work with students and their families.

“I think my time at UMass being a part of the student organizations definitely helped develop my leadership qualities,” Cynthia says. Jose echoed his wife’s sentiments. He says his involvement with the Latino fraternity and the Student Government Association gave him the hands-on real-life experience needed to be successful in any professional setting.

“It's hard to really learn those types of things in a class,” he says. “I think just being part of the campus helped me develop those skills that I take into the workforce now.”

Editor’s note: Massachusetts public schools were closed starting on March 16 due to the coronavirus pandemic, and remote learning plans were implemented through the end of the school year. Springfield Public Schools made laptops available for every student to continue learning and communicating with their teachers.

Unstoppable as the Sunrise

At age 26, Varshini Prakash ’15 is casually shattering the status quo of climate politics. As executive director and cofounder of the Sunrise Movement, she has harnessed the political power of a wave of unapologetic young people determined to shape the future of our planet.

With confrontational tactics like sit-ins and strikes, the Sunrise Movement has attracted attention from leaders like Alexandria Ocasio-Cortez and Bernie Sanders, but Prakash is focused on the grassroots community building needed to sustain the long-term power necessary for massive change. She aims to mobilize millions of people for the Green New Deal, a climate plan built around jobs and economic justice.

We got big stuff coming, and being quarantined won’t stop us.

Her leadership was forged at UMass Amherst, where she advocated for the university to divest from fossil fuels. She found herself speaking to a hundred fellow students at a rally during finals week. “There was a magic that happened when I got onstage and felt the power of being with hundreds of other people. It tapped into something really deep inside of me,” she told Boston magazine. The student movement Prakash energized ultimately led to the university committing to extricate from fossil fuel investments, becoming the first major public university to do so.

Will social distancing for the coronavirus pandemic slow down Prakash and a movement built on in-person confrontation? The Sunrise Movement recently tweeted “So you’re telling me, an entire generation of organizers, raised on social media, are now stuck inside with nothing to do but be online and organize. . . Yea . . . we got big stuff coming, and being quarantined won’t stop us.” 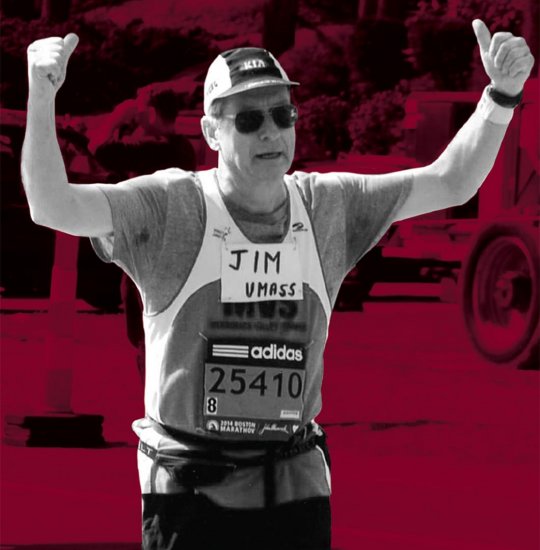 James E. Laprel ’75 started recording the miles he ran during his first year at UMass. Those campus runs, plus 86 marathons and runs for joy, health, and fitness now total a whopping 52,000 miles—more than twice around the earth. He often wears a UMass shirt or sign during marathons, generating loud and proud cheers from fans lining roadways.

Two UMass alumni are among this year’s winners of the Whiting Awards for fiction writing. The prestigious prize recognizes excellence and promise and provides a $50,000 award. 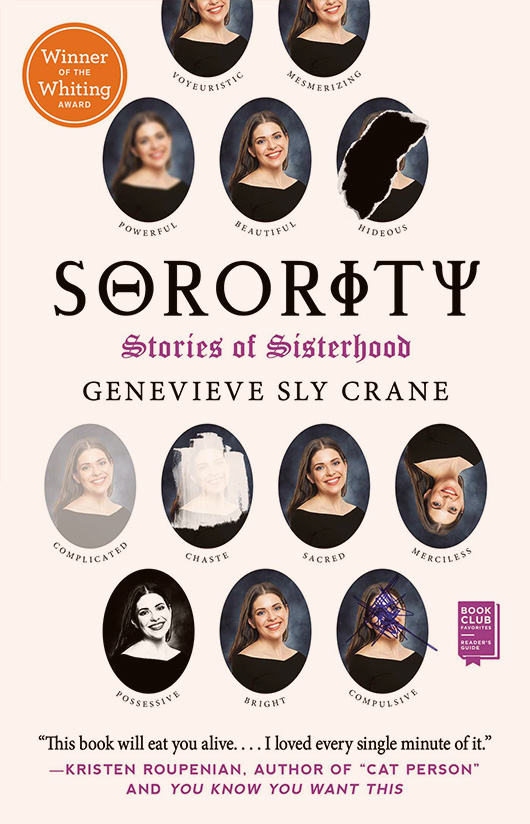 Genevieve Sly Crane ’10 caught the judges’ attention with her debut Sorority, which they call “an unflinching examination of the kinds of cruelty women perpetrate against another and against themselves.” 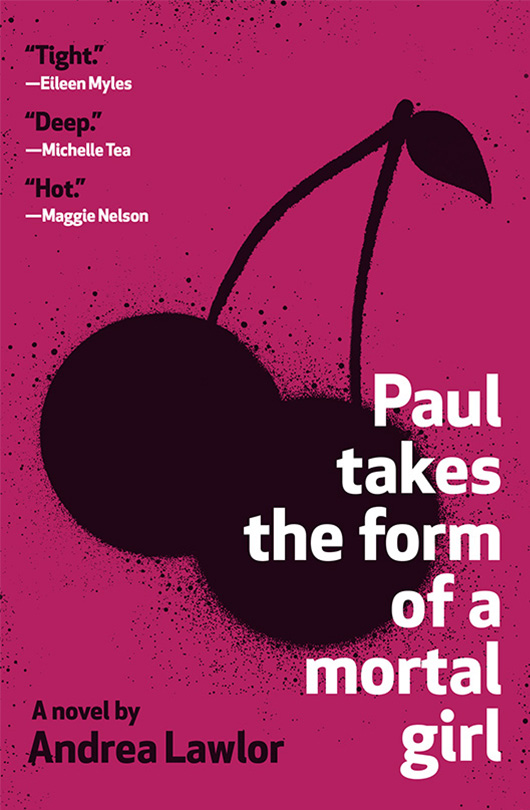 Andrea Lawlor ’12MFA is the author of the novel Paul Takes the Form of a Mortal Girl. Their writing is described as “mythic and gritty, lyric and witty, brazenly dirty and teeming with life.”

Margaret L. Andersen ’76PhD, a highly regarded sociologist, contributes to the national discussion on racial tension with her new book, Getting Smart about Race: An American Conversation.

Robert “Bo” Warren ’77MS conquered the world last year by completing visits to all 195 countries—an adventure he began 36 years ago. “Don’t let your fears rob you of your dreams. You should know that the world is not nearly as dangerous as one might think,” he said in a newspaper interview. Read about his adventures.

David Milofsky, professor emeritus at Colorado State University and an award-winning fiction writer and journalist whose work has appeared in the New York Times Magazine, has published his latest book, A Milwaukee Inheritance.

Gillian F. Conoley, author of seven collections of poetry, one a finalist for the National Book Critics Circle Award, has published A Little More Red Sun on the Human: New and Selected Poems.

John Moynihan is a frequent courtside fan at Minutemen basketball games and an engaged alumnus whose many accomplishments now include mentoring students. Moynihan reconnected with Khalea Turner-Morris ’20, the 6-foot-9 former center, at a Student and Alumni Networking Night. After practice interviews and job search advice with Moynihan, Turner-Morris accepted an offer to join the IT staff of Oxford Global Resources.

Maureen P. Stanton, a creative writing professor at UMass Lowell and winner of the 2012 Massachusetts Book Award, has released her second book, Body Leaping Backward: Memoir of a Delinquent Girlhood. She details her troubled teen years in Walpole, Massachusetts.

Thyme M. Sullivan is cofounder of The Organic Project (TOP), a woman-owned socially responsible company on a quest to make organic feminine hygiene products widely available. The founders have received an infusion of $1.6 million to grow their Duxbury, Mass., company from Maroon Venture Partners Fund, a fund that invests in companies started by UMass Amherst alumni, faculty, and other entrepreneurs.

Karen Skolfield draws on her experience in the U.S. Army for her second poetry collection, Battle Dress: Poems, which won the 2018 Barnard Women Poets Prize. She shared with Poets & Writers her best advice, “It’s necessary to write terrible lines, awful drafts, half-hearted poems. Write ten in a row if needed. Throw pencils, get mad, take a walk. Swear off poetry, read a chapter of a post-apocalyptic novel, wash the dishes. Feel better? Back to writing. Repeat as necessary.”

Kate E. Southwood is an art historian turned writer whose highly acclaimed debut novel, Falling to Earth, will be made into a movie starring Academy Award winner Ben Affleck.

Alexandria J. Peary, author of six poetry books, has been named New Hampshire’s poet laureate. Her plans for the position include creating a writing retreat for children impacted by the opioid crisis, a young poets' conference, and a series of writing workshops.

Lorena N. Leonard writes: “I have a story to tell. It is a story of hardship, loss, passion, and perseverance. It is a story of grit and resilience!” Now, many others will hear her story of fleeing Medellin, Columbia, and the violent drug wars for sanctuary in the U.S. in her appearance on Stories from the Stage on World Channel/PBS.

Lisa R. Olstein, a faculty member at the University of Texas at Austin, has just published Pain Studies, a memoir in lyric essay form on her long history with migraines. Olstein also collaborated with songwriter Jeffrey Foucault to produce two rock albums with their band Cold Satellite.

Jennifer Jensen Wallach, professor of history at the University of North Texas, traces food culture from Africa before the slave trade to fine dining in Harlem in her new book Getting What We Need Ourselves: How Food Has Shaped African American Life.

William R. Gallagher, a documentary filmmaker, directed his first feature-length documentary. Runner tells the story of the journey of a South Sudanese teenage refugee who became an Olympic runner.

Nicole W. Sobel was listed in the Boston Business Journal’s “40 Under 40” for making a difference in her company and community. She works as an account manager for Martignetti Companies, a major distributor of wine and spirits in New England, and serves as a director of the Boston nonprofit Mass Mentoring Partnership.

Marcos A. Reyes-Martinez ’15PhD was one of two employees out of 50,000 at the National Institute of Standards and Technology who were honored by the U.S. Department of Commerce during National Hispanic Heritage Month. A researcher of new materials such as those used to make safer helmets, Reyes-Martinez also helps encourage Hispanic youth to become scientists.

Margaret E. Hersey, a ninth-grade English teacher at Springfield Honors Academy at the High School of Commerce in Springfield, Mass., won a $25,000 Milken Educator Award—considered the Oscars of teaching—for her innovative, creative, and student-centered teaching.

Jillian R. Harvey was appointed the first diversity, equity, and inclusion coordinator for Arlington, Mass. She will serve as a liaison for the town’s Human Rights Commission, Disability Commission, and Rainbow Commission.

Molly J. Hansen was named an Emerging Professional of the Year by the New England College Personnel Association for her work as the food pantry coordinator at Bunker Hill Community College and for her graduate work on food security issues.