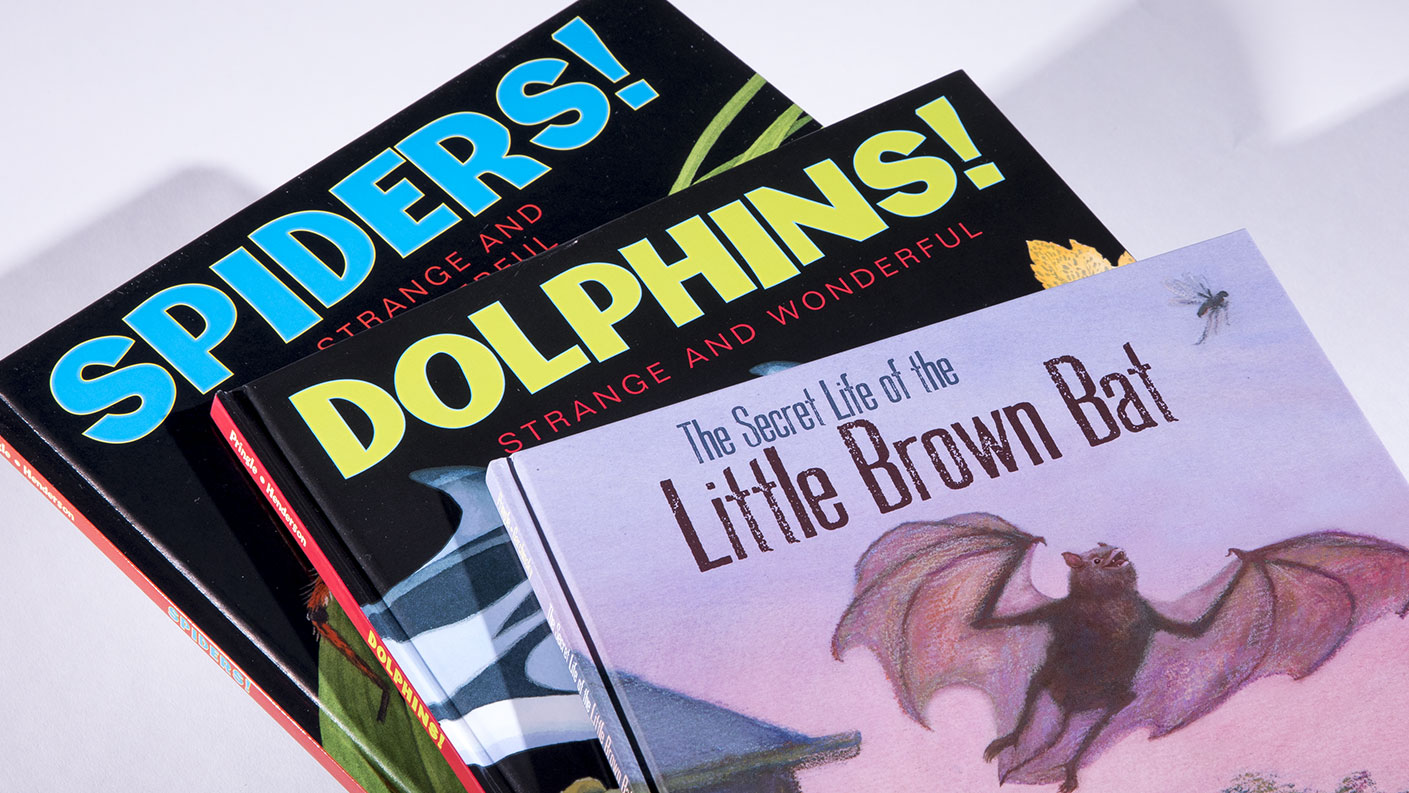 With his new book, Dolphins! Strange and Wonderful, Laurence Pringle ’61G will have 119 books under his belt, marking a storied 50-year career writing for children about the natural world. Forthcoming in August is book number 120, The Secret Life of the Skunk.

As a graduate student in wildlife conservation, Pringle wrote his thesis on the New England cottontail. He also live-trapped and studied coyotes, then just spreading into Massachusetts. He began a doctorate at Syracuse University, but switched to journalism—and the rest is (natural) history. A fortuitous connection landed Pringle an editing position at the American Museum of Natural History’s children’s magazine. There he learned about writing for children and teens. In 1968, he published his first book, about dinosaurs.

Now age 83, Pringle writes about history and the lives of scientists, but mostly nature books in two series for young people: The Secret Life of, which is narrative nonfiction, and Strange and Wonderful, compendiums of tantalizing, fun information about such animals as frogs, owls, spiders, bats, and even crows.

How to account for his prodigious productivity? Pringle says that, looking back, he is surprised to see some very good writing years were when life was most busy, such as when he had young children at home. His books, published by Boyds Mills Press, an imprint of Highlights, combine a compassionate outlook with meticulously accurate scientific research.

Over the five decades Pringle has been writing, most conservation issues have acquired extreme urgency. For some of his “critters”—like the elephants he recently wrote about—he says, “The news is awfully grim.” But, he continues, “anybody who writes for children, whether fiction or nonfiction, has to include hope—if not a happy ending, a glimmer of hope.” And his nature books always include tips on how people, including children, can try to help.

A Rosette for Maroudas

The American Association for the Advancement of Science (AAAS), the world’s largest general scientific society, has awarded the distinction of Fellow to Chemical Engineering Professor Dimitrios Maroudas.  The society rewarded Maroudas for his innovative work in materials science. Maroudas is director of the materials engineering program in the UMass Amherst College of Engineering. His research focuses on multi-scale modeling of complex systems, computational materials science, electronic materials and nanostructures, and materials for renewable energy technologies. 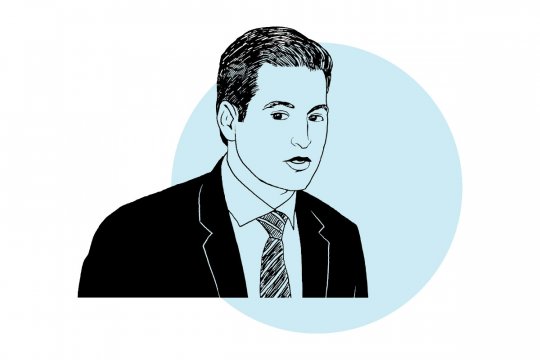 “The road to winning the struggle for education for people like me who are at the frontline of education is paved with bombs, bullets, and blood.”

NANGYALAI ATTAL, PhD student from Afghanistan, upon receiving the College of Education’s Joseph W. Keilty Memorial Scholarship. Attal’s goal is to “educate men and women, young boys and girls, so that they can be the architects of their own freedom.”

A MAN OF VALOR

General Albin F. Irzyk ’40, one of the most accomplished graduates of UMass Amherst, passed away in September at age 101.

Irzyk fought in World War II as a tank battalion commander in the famed 4th Armored Division, which spearheaded General Patton’s Third Army all across Europe. He commanded the 14th Armored Cavalry Regiment along the Iron Curtain at maximum alert during the Berlin Crisis of 1961. Irzyk was the commanding general of Headquarters Area Command (HAC) in Saigon during the Tet Offensive of 1968. His next assignment was as assistant division commander in Vietnam. His last assignment before retiring in 1971 was commanding general of Fort Devens, Massachusetts. 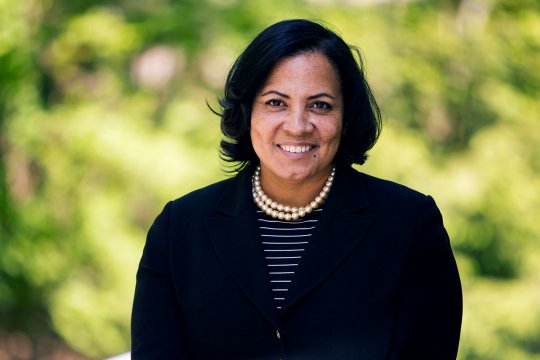 Rachael Rollins ’94, a former federal prosecutor, is now serving as the first black woman district attorney in Massachusetts and the first woman DA of Suffolk County. Rollins received a lacrosse scholarship to attend UMass Amherst and successfully fought to reinstate women’s lacrosse when it was eliminated due to budget constraints. That experience put her on the path to a career in law. Sworn in as district attorney in January, Rollins has kept her fighting spirit: she has promised to bring new solutions to the office to break down wealth and racial disparities, keep communities safe, and treat all people with dignity and respect.

Hospitality for a Destroyer

UMass alumni couple Nancy Kelleher ’71 and Richard Kelleher ’73, president and CEO of the Pyramid Hotel Group, were leaders of the commissioning committee for the new destroyer Thomas Hudner, commissioned with much fanfare in Boston Harbor on December 1. The ship is named for the late Captain Thomas Hudner Jr., a Massachusetts-born naval aviator who was awarded the Medal of Honor on April 13, 1951, by President Harry S. Truman for displaying conspicuous gallantry and intrepidity at the risk of his life above and beyond the call of duty during the Battle of Chosin Reservoir during the Korean War. 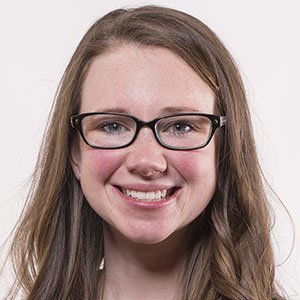 PhD candidate Julie Bliss Mullen was named to the Forbes list of 30 under 30 for science. She is the co-founder and CEO of Aclarity, a company that produces a device that uses low levels of electricity to purify and disinfect water, and even remove metals, without filters or chemicals. Mullen co-founded the company with Barrett Mully ’18G.