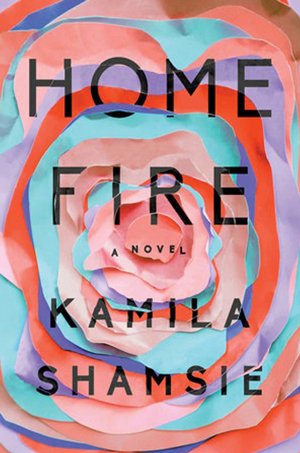 Home Fire opens in western Massachusetts when Isma Pasha arrives from London to pursue her PhD in sociology at an unnamed Amherst university. Kamila Shamsie ’98G artfully describes the relief of the spring thaw here—how the light pierces through the bare branches and how piles of snow whump to the ground.

“I really enjoyed writing the Northampton bits,” says Shamsie from her home in London, where she is among the city’s literary stars. Home Fire, her latest novel, has given her greater visibility in the United States, having been named one of the best books of 2017 by the New York Times.

From academic life in Massachusetts, Home Fire soon switches back to the world of British Muslims in London and then turns to violence in the Middle East. Shamsie tells her tragic tale (a reimagining of Antigone) through the eyes of five different characters: Isma, her twin siblings, and the British home secretary and his son.

Home Fire is about family, about religion, and about country and identity. The story moves swiftly and suspensefully, with moments of sly humor: one character’s facial hair is called an “ecosystem beard”—large enough to contain a small world. The story concludes with what the New York Times described as one of the most memorable final scenes in a novel this century. 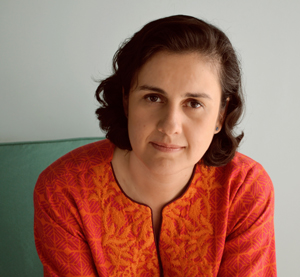 Born in Pakistan, Shamsie studied at Hamilton College in New York and enrolled in the UMass MFA for poets and writers at the suggestion of the Kashmiri poet Agha Shahid Al, her mentor at Hamilton before he began teaching at UMass. She says the process of workshopping her writing—both in and outside class—was invaluable. “We had an informal group of six or seven women that we called, ironically, ‘The Fiction Babes,’” she recalls. “Through the years, we came to know one another’s work really well. I owe them a lot.”

Shamsie was just 24 and in her last year of the MFA program when her first novel, In the City by the Sea, was accepted for publication by Granta. She remembers the moment she heard the news on December 10, 1997: “I was at home in my Northampton studio apartment peeling a potato to make something for lunch when my agent called from London. It didn’t feel right to keep peeling the potato, so I threw it away.”

In the 20 years since, her career has flourished: she’s published seven novels and two nonfiction books, won many literary prizes, and has been a finalist for the United Kingdom’s two most prestigious writing awards, the Orange Prize for Fiction and the Man Booker Prize.

With Home Fire, the powers that earned her these laurels are in full force. 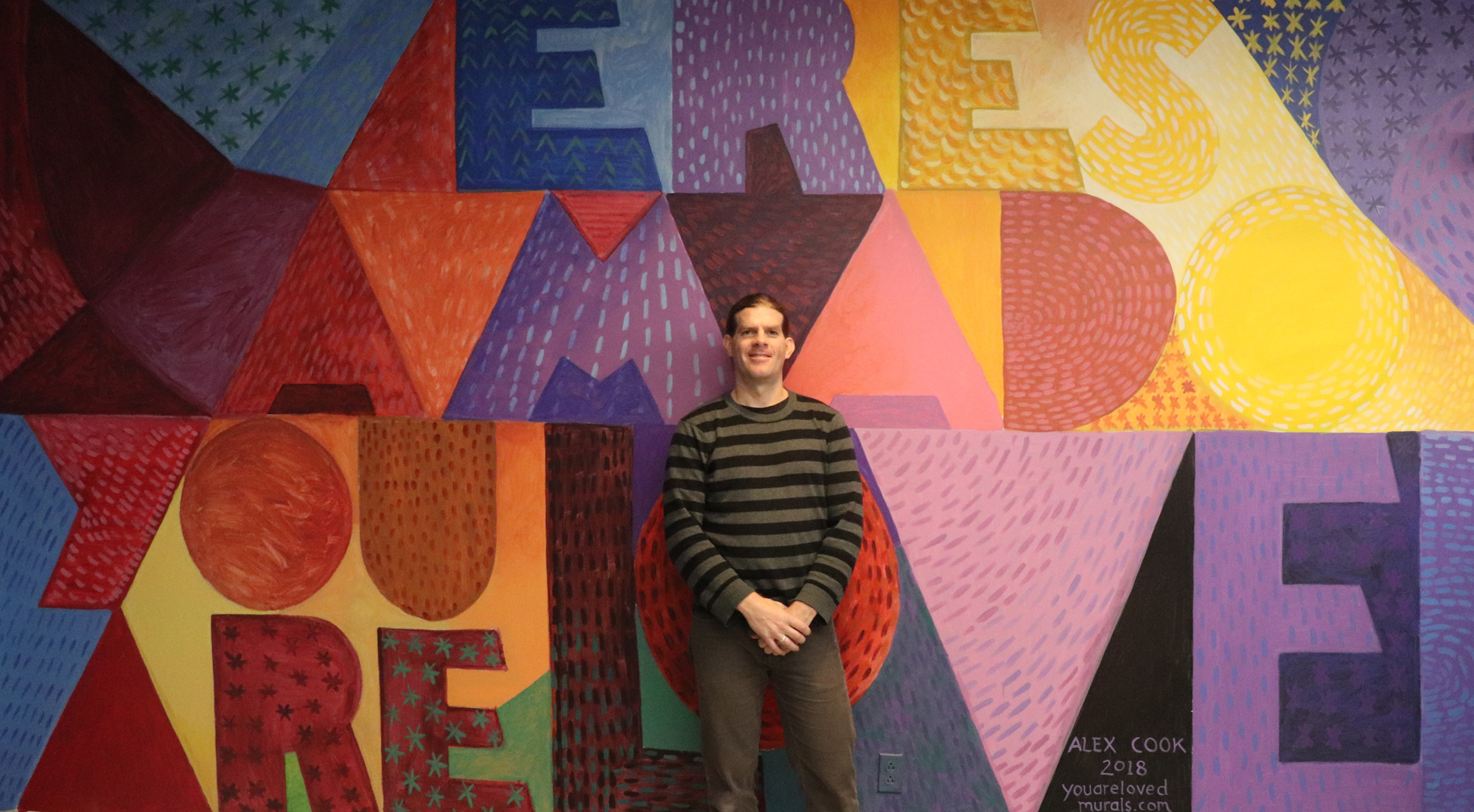 Alex Cook with his You Are Loved mural at Boston’s Casa Esperanza. He says, “I want to make art that is not just pretty, but improves people’s lives.” For more information, go to youarelovedmurals.com. Image courtesy of Casa Esperanza

Artist Alex Cook ’98 recently completed painting murals for Boston’s homeless in five city shelters. “I want to make images that comfort and inspire and make people feel better,” he explains. So his bold murals have a spot-on message: You Are Loved.

Cook says, “We don’t usually say things that are so intimate in a public space, but why are we trying to be subtle? Can we just say what we mean?”

Cook painted his first murals in Northampton 20 years ago as part of his thesis project while studying painting at UMass. Those three murals still exist, including his Tree of Life near the train underpass on Bridge Street. “Since way back, I had a clear feeling that if you can put something beautiful where people can see it, it can be very meaningful,” he says.

The Boston murals are part of Cook’s “You Are Loved” project, which he started at a New Orleans school in 2013 and has since financed through crowdfunding and brought to 41 schools, shelters, and prisons around the country. 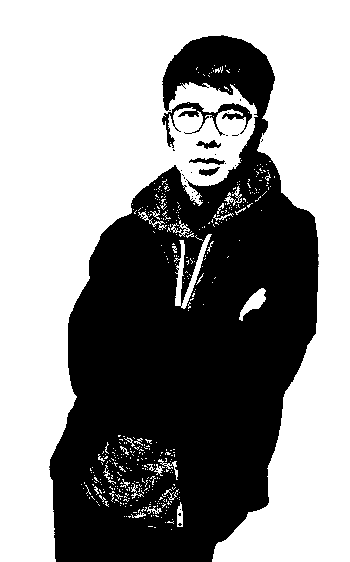 Ocean,
are you listening? The most beautiful part
of your body is wherever
your mother’s shadow falls.

Night Sky with Exit Wounds, a poetry collection from Ocean Vuong, assistant professor in the MFA for poets and writers, won the 2017 T. S. Eliot Prize. The prize is awarded annually to the author of the best new collection of poetry published in the United Kingdom and Ireland. Judged by a panel of established poets, it is considered one of the greatest honors in poetry. Vuong’s work addresses timely themes of migration and hybrid identity, belonging both to America and to his country of birth, Vietnam. 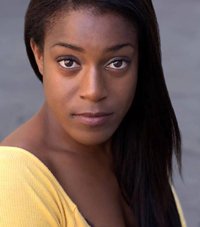 In the blockbuster Black Panther, department of theater graduate Keisha Tucker ’06, her head shaved and tattooed, is the stunt double for Okoye, the character played by Danai Gurira. In one thrilling scene, Tucker, in a red gown, kneels on the roof of a car careening through a busy cityscape. She appears later in the film as a member of the Dora Milaje, the all-women honor guard that protects the monarch in the fictional African nation of Wakanda.

David Julian McClements, distinguished professor in the department of food science at UMass Amherst, will receive a lifetime achievement award from the International Union of Food Science and Technology in Mumbai, India, in October 2018. McClements is the world’s most highly cited food and agricultural scientist. He says, “I want to continue to apply fundamental scientific principles to ensure an abundant, safe, nutritious, and healthy food supply. It will be important for us to produce sufficient food to feed the growing world population without causing environmental problems, to distribute it efficiently, and to reduce food waste.”