What do they have to do with each other? Two important studies from UMass Amherst bridge gaps in understanding.

In a classic episode of Star Trek: The Next Generation called “Sarek,” Spock’s noble, disciplined father contracts a syndrome in his old age that weakens his emotional control. Moved by the beauty of the music at a concert, Sarek betrays himself by shedding a tear openly, a source of consternation and shame to him given the emotional denial of his Vulcan upbringing.

Sarek’s plight is a dramatic extreme, but the parallels to the fluctuations of emotion that accompany dementia are obvious to anyone who has witnessed a family member experience this aspect of aging.

But why would a change in memory affect our emotions in the first place? Where do emotion and memory collide? 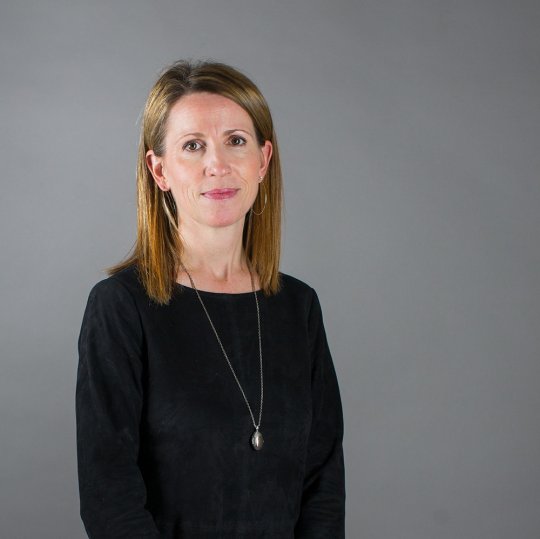 The discoveries made by the first of these studies may surprise you, because they defy cultural assumptions. Ready set out to test how adults of different age groups respond to certain emotional circumstances. Presenting groups of older adults (ages 60 to 92) and younger adults (ages 18 to 32) with lists of emotionally associated words, she found that older adults perceived terms such as serenity, sadness, and loneliness more positively than younger people. Overall, mature adults were more comfortable with concepts of being alone, while younger participants had more “self-deprecating” responses, indicating a discomfort with states of being sad, still, or quiet.

For instance, while both groups had a similar core understanding of serenity, “older adults tend to endorse it more,” says Ready—a difference that may be due to maturity and the accrual of life experiences. “They have a richer concept of what it means to feel serene,” she continues, “because they experience it more; they have a longer list of terms associated with it.”

Challenging our cultural stereotypes about cranky old people, Ready points out that mature adults actually have more “bounce” than younger people. Her study supports a deeper appreciation of some relatively unknown benefits of aging, such as increased positive emotions and less shame associated with feeling sad or lonely. Having survived their share of uncomfortable situations, older adults may know such situations are temporary and can take them in stride.

Being aware of such differences across age groups has implications for how we communicate with each other and grasp each other’s emotional experiences. Younger people might benefit from learning that the emotional lives of older people are rich, stable, and resilient. In turn, reducing the stigma of feeling down, blue, or lonely may help young people accept these natural emotions without blaming themselves.

In a therapeutic context, this understanding can also help family members look across age barriers when it comes time to seek appropriate treatment, or know if treatment is even necessary.

But if a healthy, full memory makes someone more emotionally resilient, how does an impaired memory affect emotions? Another of Ready’s ongoing studies gives us some clues.

To explore the association between “memory performance” (how well people recall experiences of a specific time or place) and “emotion recovery” (how quickly they return to a normal state after an emotional event), Ready and her team played participants a montage of movie clips depicting interpersonal loss, from films such as Sophie’s Choice, Steel Magnolias, Up, and Pay It Forward, in order to observe how they reacted and recovered over time. “We were trying to manipulate people’s moods in the moment,” explains Ready.

Ready focused on an array of emotions, from broad to very specific—such as hostile to scornful—to create a profile of individual change. She found that while the videos energized and shifted a number of emotions, older adults with intact memory skills could return to emotional equilibrium faster than impaired adults. “People with Alzheimer’s disease are more impacted by negative stimulus,” Ready relates. And they also bounce back more slowly: “They feel more negativity and more sadness.”

Ready extrapolates that because of the connection between the two, memory impairment might actually put someone at risk for emotional dysregulation. This can be important information for caregivers of adults affected by memory impairment, helping them create a new standard for what is normal.

Ready’s work creates new pathways and opportunities for researchers to explore more deeply exactly why poorer memory is associated with less efficient emotional regulation. It also brings nuance to how we understand the changes that accompany age.

“Aging is such an interesting phenomenon,” says Ready. “It comes with strengths and benefits as well as challenges. We are discovering how we can think about aging in healthy, adaptive ways.”

Ready’s work also elevates the consideration of emotions as a prominent and legitimate influence in human perception and behavior. She says: “Emotions are so much more important than many people realize.”